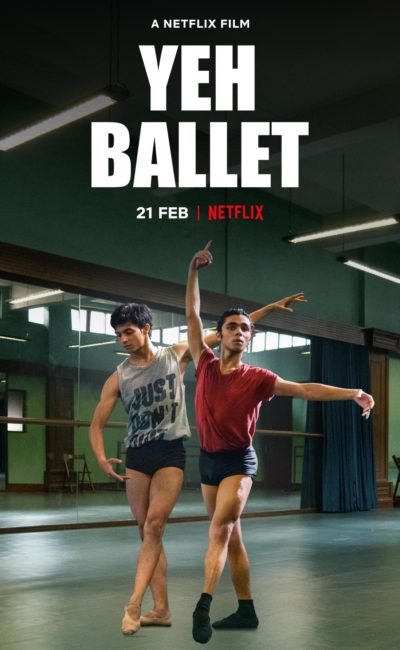 Yeh Ballet (Netflix) is a Film inspired by true-life incidents.  It chronicles the life of Amiruddin Jalaluddin Shah and Manish Chauhan, who studied Ballet at Royal Ballet School in London and Oregon Ballet Theatre School respectively.  They were not only taught the Dance Form but also supported, in every which way that a talented student can be supported, by Yehuda Ma’or, their Israeli – American Ballet Teacher in Mumbai. Asif (Achintya Bose playing Amiruddin) is a happy go lucky boy, with passion for B-Boying and whacking, enjoying his carefree late teen life in the slums. Nishu (Manish Chauhan), also from a poor background in Mumbai, with an immense passion for ballet, seeks out lessons from a fellow ballet student Neena. Both the boys join the Mumbai School of Ballet, where they learn the Dance form from Saul Aaron (Julian Sands), an Israeli-American Ballet Master. What is also common is the abject initial disapproval of their respective families towards making Ballet a career choice, but given time and circumstances, both come around.

Saul, a temperamental individual, extremely talented at his Art, finds living in India complex phenomena. He is barely able to understand the culture and social nuances, leave alone the language. The two boys help him get acquainted with his milieu, while also learning immensely from him. The film also touches upon issues of the social class divide, racial prejudice towards Muslims, a father standing up to his elders for the happiness of his child and a complete family coming together despite several differences, in the time of need.

Yeh Ballet Netflix portrays powerful moments like Asif and Nishu’s Ballet performances in front of the American Counsellor, just to convince her of their Art and subtly putting across the point that they need visa for further pursuing it. A Teacher’s selfless nature is not just teaching the Art, but taking a tough stand when all the odds are negative, is phenomenal.

Julian Sands impresses in his portrayal of Saul, the temperamental genius!

Only the hard of hope, failed. Resilience, can-do attitude and life’s ironies are brilliantly portrayed by Director Sooni Taraporevala, culture irrespective. She beautifully manages to highlight worldwide narrow mindedness and Racial prejudice, uniting international and national casts like never before. A truly international masterpiece, yet so Indian in its premise.

The boys gather their devices, despite of the practical end of road, their VISA rejection to USA and just show up again for their passion. Perfect life lesson in there.

What the Teacher, Mentor and Life Coach Saul Aaron (Real Life Yehuda Ma’or) do for the boys, is rare. He is not just a Teacher exceptionally good at his Art, he literally transfers money into the boy’s accounts when rejected visa on the grounds of poor financial background and risk of settling in the USA. A great Teacher, Saul identifies talent, provides the right intervention at the right time, even speaking to family to seek their support, calling students to stay in his house to learn Ballet better, observes and changes his coaching and manages boyish minor brawls. Most importantly, he understands that it is only in between severe emotional up and downs that real learning and passion for doing something develops. He is truly invested in their success when he literally applies to International Ballet Schools on their behalf.

Yeh Ballet Cast deserves full credit for brilliance in their Acting and needs we say, near-perfect progressive presentation of Ballet Dance Form, in a non-native country i.e India.  Achintya Bose has brilliantly portrayed his part as Asif, esp. the emotional transformation of turning from a careless unambitious teen to a focused learner, ready to change his life. Manish is shown literally re-living his life as he plays himself. Jim Sarbh, as the Ballet Classes Owner, a perfect Indian Businessman, has a small role but makes a mark, even in that.

The film is inspired by true incidents that makes the on-screen charm of Saul even more enigmatic. Take a bow Yehuda Ma’or, you are a real-life genius! 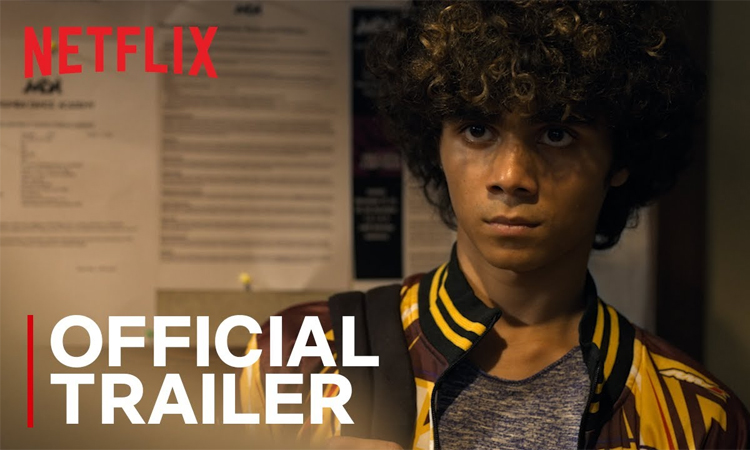