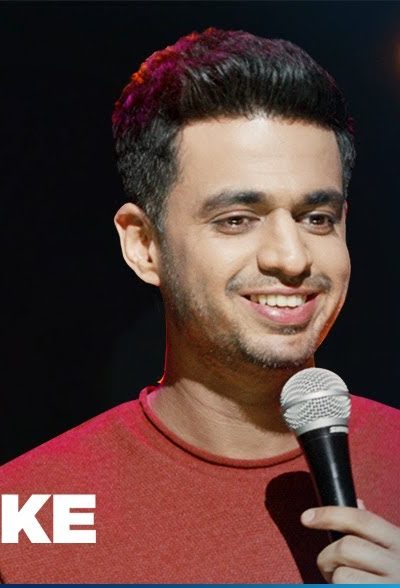 Rohan Joshi released his first-ever stand up video publically on 10th January 2019 on Amazon Prime Video. The title of the show is “Wake N’ Bake” and the outline premise of his set revolves around the fact that he’s recently turned 36 years old. As much as he belongs to the most, pinnacle portion of the society in terms of gender, choices, caste, races, etc. (which, he himself addresses in a much humorous and appropriately inappropriate way), we see him address his share of responsibilities every now and then, discussing marriage, Education System and modern parenting.

Rohan takes no time and chooses to establish the premise of the set as early as possible about that of his age. While he starts with how teenage perspectives vastly change, once the person enters into his/her adulthood followed by furthermore aging and perspective checks and evolutions, he does so, in a very relatable manner for both, the teenager as well as the non-teenage audience.

While this topic seems very exhaustive and limited, the jokes and the portion of the set, not only succeed in making you laugh, but also act as a bridge of communication between the transitional changes that happen when one grows up to be an apparently carefree teenager but with no money and then eventually, an adult with loads of responsibilities who eventually attain financial security in life.

For a comic who is known for his fair share of work at AIB, the satire comedy Mecca of its time in India, we see Rohan talk about how people around him always talk about marriage, now that he’s turned 36. As much as this topic seems, for a constructive argument, relatable for both teenagers and adults, he beautifully succeeds at drawing the lines between the perspective differences between the two age groups.

In the third portion of the show, he talks about the hypocrisy of our education system, mentioning and in fact, like a reasonable person, explaining the logic behind the irrelevancies of the Indian education system, especially focusing on the ICSE, CBSE and SSC education boards’ disparities. He also takes to political comedy and specifically mentions the ruling parties’ hypocrisies in Maharashtra from when he was in school.

Later on, we see him discuss the expendability that has been associated with the idea of modern parenting, and deems it completely inaccurate, furthermore discussing the really existent parenting struggles and how it changes one’s life when hit by them.

Most importantly, we see him talk about privileges, about how not it is that he feels ashamed of having them, but how his 36 years long life so far, has helped him inculcate the humility that must be by every single India, especially the educated class, that associates pride to education.

Overall, this is one of the tightest sets in the Indian stand up scene currently, and as much as it’s just a stand-up content, there are some really hard-hitting, important and relevant issues, that Rohan beautifully and without losing an inch of seriousness discusses.

Talking about the filmography of the video, Angshuman Ghosh is the director of the Special with the production undertaken by OML Studios. OML studio is a well-known banner for producing stand up Specials in the Indian Comedy scene. Notably, Angshuman Ghosh is in fact one of the most frequently hired directors in the Standup scene in India.