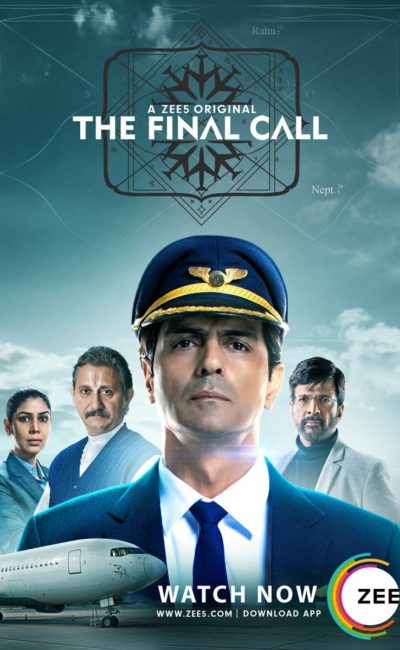 The Final Call Web Series Review – A story of internal dilemna, a tale of forgiveness.

The story of The Final Call Zee5  is basically a story of a dilemma faced by and experienced pilot, a former fighter pilot, Captain Karan Sachdeva ( Arjun Rampal). It is more of an intra-personal confusion than just an incident of a pre-meditated plane crash by an experienced pilot. In a terrible internal conflict between duty and blind order following, the ambition of becoming a respectable wing commander and the conscience of an honest and sensitive individual, Karan choses the latter and became a pilot of a commercial aircraft, registered with Skyline Airlines.

In an unfortunate accident, his loving wife and two daughters die and he is left lonely. His deeds as a fighter pilot and the memories of his family haunt him so much , that often he goes into a state of trance and behaves as if he was still on a mission of his previous job. Tired of all this, he decides to commit suicide and die while on air. But things don’t turn out as he planned and instead of him, his co-pilot Captain Abhimanyu and back-up pilot Captain Joe die with the poisoned coffee that he was about to consume.

A series of events build up in the journey, involving different characters and their background stories. Meanwhile, Kiran Mirza (Sakshi Tanwar), the head of ATC in Mumbai tries to channelize Karan’s thoughts and plans. But in the end, he commits suicide and the aircraft crashes in the sea, with a casualty of 126 casualties out of 300 passengers. The story has its own turns and delineates how the purpose of one human being can become the aim of someone else’s life and emphasizes on the fact that it is never too late to start.

The Final Call Story is a well-researched project as far as theme-based web series are concerned. ATC officials, crew members of the flight, their conversations and the way they carried themselves—everything seemed quite natural and well-rehearsed.

It won’t be wrong to call the script of The Final Call episodes absolutely path-breaking. In addition to the good use of appropriate dialect, the script focused more on the reactions of the characters than their conversations and actions. Dialogue framing in web series these days is being done with the idea of keeping the social structure of the characters involved, where foul languages form an integral part of the entire script.

Arjun Rampal’s hard work is well reflected in his performance as Captain Sachdev. His sessions of flight simulation actually helped him to bring out the real color of the character, whose main element is confusion and dilemma.

His change of personality on going to the state of trance, his urge to pull the passengers from the state of danger, his nonchalance while diving into the pool of death—each and every expression was well distinguished with an apt change in dialogue throw.

Javed Jaffrey and Neeraj Kabi were more than just fantastic. Sakshi Tanwar, as usual, gave a new life to her character not only through expressions and dialogues but also through her voice.

Background scores and songs have played a very important role in The Final Call Web Series. The thrill, the tension, the pressure and the regret of each of the character was well manifested through the mood created by the background theme. Sanjoy Dazz and Ambar Das made up a good team as far as music was concerned in The Final Call online.

Yiannis Manolopoulos showed good skills of cinematography as the DOP of The Final Call Zee5. Commando flights taking over the commercial one, the airplane swimming through the clouds, the clash, the interiors of the aircraft—every point got a different dimension with good cinematography. Nitesh Bhatia also did a fairly good job as far as editing is concerned.

Vijay Lalwani, the director of The Final Call Web Series exhibited great work of research in planning and visualizing the entire setup for the series. It might appear that the story was stretched at some point through 8 episodes, but crevices were filled with good content and substance.

However, a little more attention could have been paid to costumes and makeup, especially as far as Kiran’s character is concerned. Outfits and make up of a woman who is the mother of a man like Abhimanyu, and after three years of his demise, could have been much more promising, going well with the age of the woman.

However, The Final Call can definitely be counted as one of the best web series with the display of good direction. 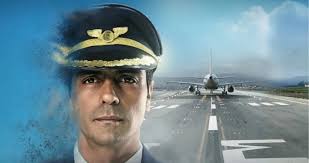 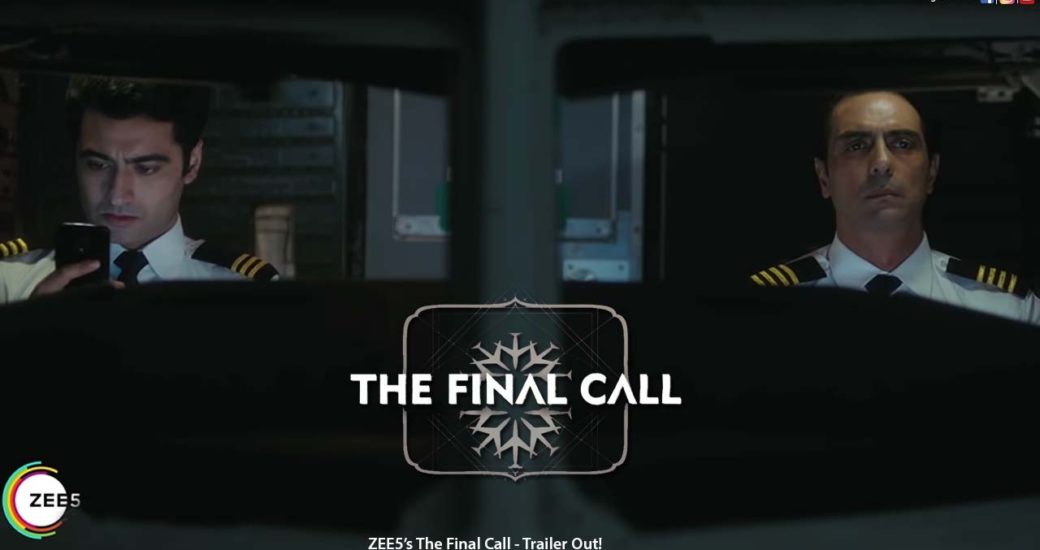