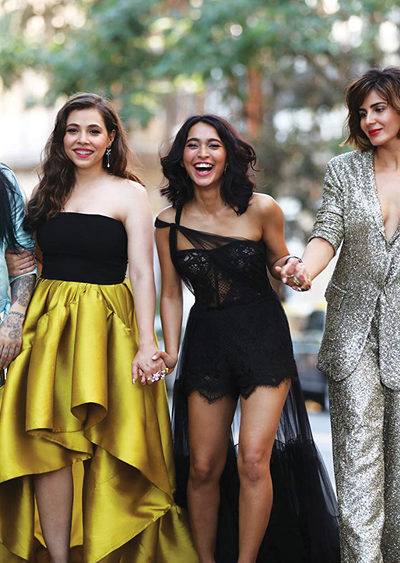 Four More Shots Please Season 2 is back with the foursome leading lady squad – Siddhi, Umang, Anjana, and Damini. This season has its own set of Adventure, coming of age, career setbacks and comebacks, oomph, personal evolution stories, heartbreaks, and relationship evolutions. All with the familiar dose of female friendship and lifting each other up, without any judgment whatsoever.

Damini is an established writer struggling to publish her book on a dangerously controversial topic, Anjana is a lawyer falling prey to misogyny and raising her daughter as a divorcee, Umang is a lesbian dating a once-famous star of Bollywood Samara Kapoor and finally, Siddhi is a privileged child who got body shamed in the past and gained her confidence in finally doing what she was meant for—stand up comedy.

The first season ended with “Parting at Night” and this season began with “Meeting in the Morning” when after a huge fight and long-distance among these friends, Siddhi united the rest of the three at Istanbul with a call to Umang where she gave her the notion that out of frustration she was about to end her life.

As the story takes its own pace, each of the ladies recognizes what they actually want and what they actually need. While one discovers an easier way to be happy and sorted, the other managed to gift a better life to someone else.

Four More Shots Please is a tempting package of entertainment where there are good moments of cinematic exposure and emotional outbreaks.

The script of Four More Shots Please might not be path-breaking, in fact, it is way more predictable than many contemporary web series as well as films. But what keeps you glued in the direction of the script. Each character here has so many dimensions that in order to carve out the actions and reactions of each of them logically and emotionally, one really needs to have good knowledge about the psychology of unsorted people in life.

While all the four ladies in leading roles nailed it with good acting skills, Maanvi Gagroo deserves special mention for portraying Siddhi in such a beautiful and perfect way. From the times she was under-confident to the moment she was addressing a crowd of 50 for the first time—the metamorphosis of her character was brilliantly sculpted out. Kirti Kulhari as Anjana also did a remarkable job in presenting the different emotional aspects of the character.

Background scores and songs could definitely have been better. It was quite monotonous to some extent. Mikey McCleary could really have done a better work as the music director of Four More Shots Please.

Anu Menon and Nupur Asthana showed great expertise as far as the direction of Four More Shots Please is concerned. They paid heed to minute details that helped to enliven not only the characters but also the scenes. However, making tattoos all over the body of Umang just because she is a fitness professional could have been avoided.

Otherwise, shakes and workouts were absolutely a very good attribute to the character of Umang. There could be a stronger social message through Siddhi’s character—body-shaming is absolutely not acceptable, but at the same time, it is important to stay healthy, both physically and mentally. And the normal perception of mankind could have been questioned with the conviction that Healthy and Thinner are just two separate things.

Damini was shown to have a writer’s block—this situation also required much more detailing. None the less, Four More Shots Please is a series worth watching. It indeed has got a good message—“No matter what happens, true friends always stay”. 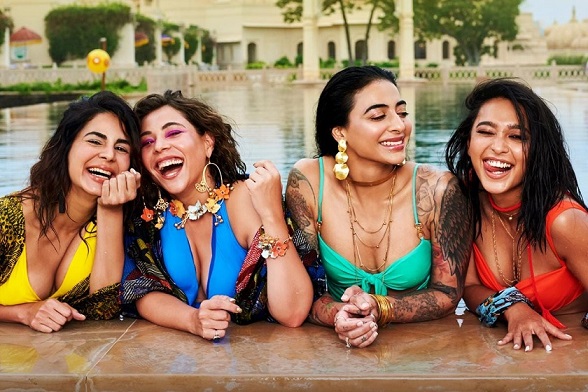