The Casino Zee5 Review – In a power-hungry game of thorns and roses, every next move is a delectable conspired consequence.

The Casino My Game My Rules Web Series is a Crime Thriller Match of wily intentions and ingenious hypocrisy. It has a storyline full of venom and vengeance. In the biggest Casino of Nepal Celebri, unfolds a powerplay to acquire the ownership rights of the Casino.

The series promises some unapologetically competitive players. Rihana (Mandana), a Casino Dancer and a seductress. Marwah (Sudhanshu Paney), a powerful shrewd businessman out to protect the casino at any cost. Vicky Marwah,  (Karanvir Bohra), a reluctant heir to the Casino out to protect its core business. The Casino trailer was released on May 10, 2020.

Arya is Vicky’s girl friend. Her death traps him inside the jail. Death of his mom traps him inside the psyche. The revenge, conspiracy and counter-conspiracy continue in the high end society. Who is behind the happenings? Where will his father’s death lead him to? Who is the murderer? Who is the next king or queen of the casino? Watch out The Casino web series on Zee5.

Watch the thrill and business politics unfold in the crazy game of The Casino Karanvir Bohra Web Series on Zee5.

The gripping story is altogether new to viewers and the reason for rave reviews.

The casino web series script revolves around a casino in Kathmandu. The neatly written script has lots of twists and tales. It is not only the must watch story of lusts and busts, but also an unapologetic portrayal of the bitter betrayals. The initial hiccups in story telling settle once the story gains momentum. Thereafter the audiences are glued for the forthcoming episodes.

Each character in the casino is chiseled with various shades of emotions. Lot of scope to perform. Every actor has capitalized on it. The lead actors, namely Karanvir Bohra, Sudhanshu Pandey, Mandana Karimi and Aindrita Ray have given life to their characters. Karanvir Bohra has got a fair debut on OTT  with this exciting story and has portrayed Vicky’s character commendably.

The credit goes to Shabbir Ahmed for the beautiful music and lyrics. They entertain and gel with the mysterious grandeur aura of The Casino Zee5. Jitendra Chaudhary has well done his part as a sound designer.  Prasad Sashte gets the original background music right.

Madhu Vannier has done a laudable performance for DoP. Satya Sharma, from Third eye studios, has edited The Casino aptly. Parth Gajjar and Ankur Srivastava have made visual effects meticulously. The Casino Web series is ten episodes length with a total running time of 255 minutes.

Hardik Gajjar deserves applause for his commendable directorial venture. Mudassar Khan also must be lauded for his choreography and the pole dances needs a special mention. All praises for Deepak Pachori for his gripping story and screenplay. Girish Dhamija and Deepak Pachori have written sharp-witted dialogues. The Casino is a Zee5 original web series produced by Hardik Gajjar films in association with Back bencher pictures and KVB entertainment. 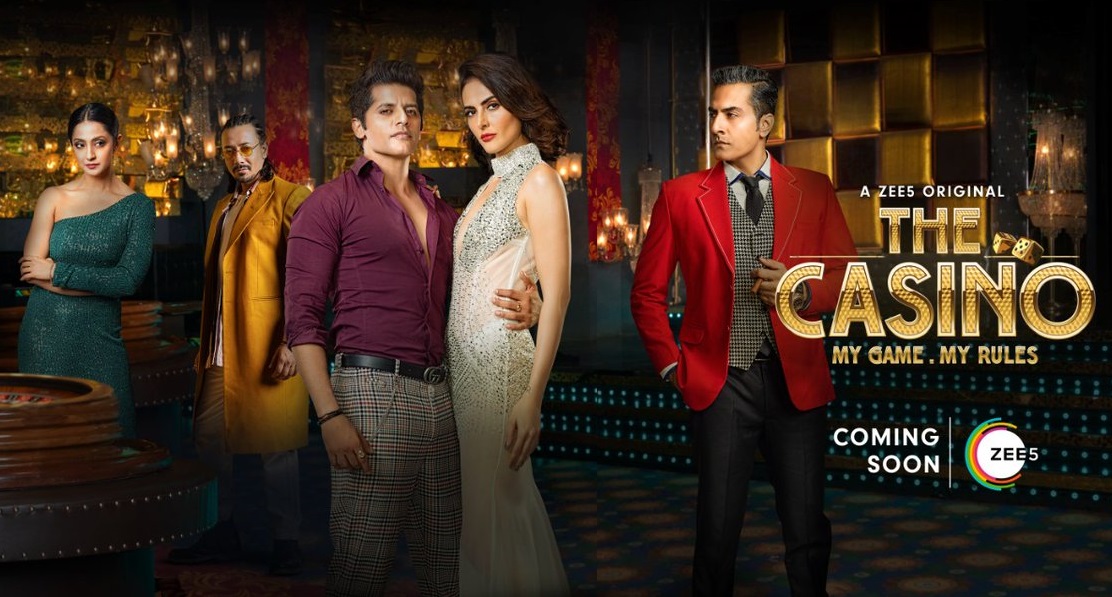 Title
The Casino Zee5 Review
Description
In a power-hungry game of thorns and roses, every next move is a conspired consequence.
Upload Date
06/13/2020
Share: 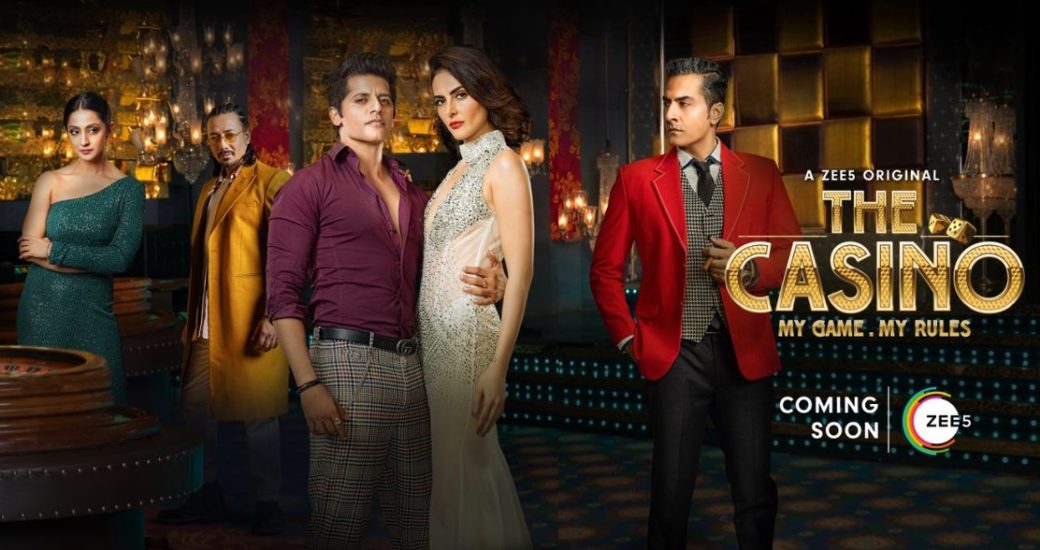