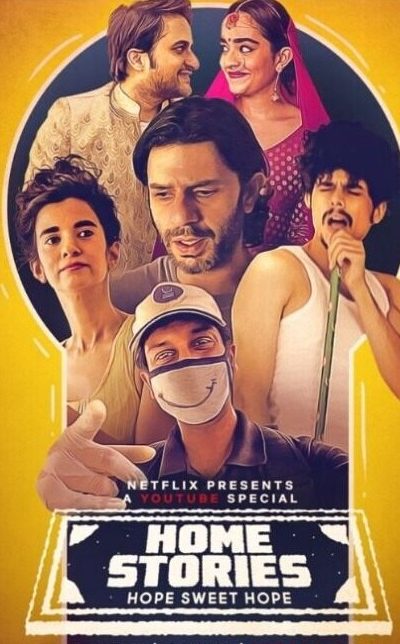 Netflix productions Home Stories is an anthology of four short films that sum up Life in Lockdown.

The first short film is titled “Out With It”. It talks about a struggling youngster Angad who takes an online session which helps to cope with anxiety disorders. Especially those pertaining to the fear of moving out of the house. When Angad finally conquers his fear and steps out, he finds that the first term of lockdown in order to fight COVID-19 has already begun. Home Stories Trailer can be seen here.

Second Short Film is titled “Will You Be My Quarantine?”. Two youngsters Vaishnavi and Rehaan get into a one-night stand and the next morning, lockdown starts. Two emotionally unknown individuals befriend each other through a little bit of compassion and lots of feuds.

“Delivering Smiles” talks about a food delivery executive come, vlogger, Prakash, who takes his audience a tour on the first delivery in lockdown. He presents a fiesta of different types of people delivery personnel encounters in one day.

Finally comes “Web Ne Bana Di Jodi”. Jia and Ashu were dating each other for the last five years. They plan to get married online with full family participation and customs.

Each home has its own story to tell in the lockdown period.

Home Stories 2020 is an emblem of dedication and craziness.  Artists have assembled to celebrate their emotions of all forms, in the spice-less life of lockdown.

The script of each of the short films constituting Home Stories plays a significant part in the making of the film. It perfectly complements the emotions exhibited by the characters. However, a little focus on the script of “Web Ne Bana Di Jodi” could have enhanced the overall film in a big way. The dialogue framing puts in a very well-defined characterization of the film. Each character is neatly carved out with smoothened but clear edges. There are demarcations in dialects.

Apoorva Arora and Veer Rajwant Singh could have been cultivated a little more. However, Tanmay Dhanania was quite good and perfectly natural in his delivery. The inhibitions of a not-so-pro vlogger, the punch in voice during monologues and narratives—he executed it very well. But the star of the show is still Arjun Mathur. For his incredible portrayal of issues with mental health and its struggle. His fear, his passion to get over it, his determination, his change of mind in the last minute, his vulnerability and of course his struggle. Angad came out realistically, so much so that it was difficult to believe that Mathur was enacting the character.

Saba Azad and Imaad Shah did extremely well as far as the sound design of “Will You Be My Quarantine?” is concerned. Neel Adhikari also showed good skills of music composition in “Out With It”. Rajarshi Sanyal’s work in music for “Web Ne Bana Di Jodi” is also quite commendable.

Jay Oza in “Out With It” truly deserves appreciation for such a good cinematography with minimal arrangement. Krish Makhija’s simple approach as the DOP of “Will You Be My Quarantine?” also adds to the visual pleasure of Home Stories 2020. Linesh Desai’s supervision as the DOP of “Delivering Smiles” helped maintaining the smoothness of the film. Utsav Bhagat’s work in “Out With It” and Rohit Chandolkar’s performance in “Will You Be My Quarantine?” have really raised the bar of editing.

Ashwin Lakshmi Narayan could have probed a little more into the direction of “Web Ne Bana Di Jodi”. It seemed that this short film showed up to be a last-minute plan as compared to its preceding ones. Tanvi Gandhi’s performance as the director of “Delivering Smiles” is quite commendable, especially the finishing part of it. Anubhuti Kashyap proved to be an extremely efficient director for “Will You Be My Quarantine?”, especially in these days of lockdown.

There was good attention to the details as far as this short film was concerned. Finally, Sahirr Sethhi’s work as the director of “Out With It” is simply beyond words of appreciation. His vision had already beheld the actual pictured version of the short film much before he himself perceived it. He really proved to be an epitome of excellent direction, detail orientation and pin point execution in limited resources. 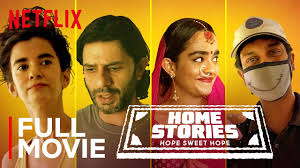