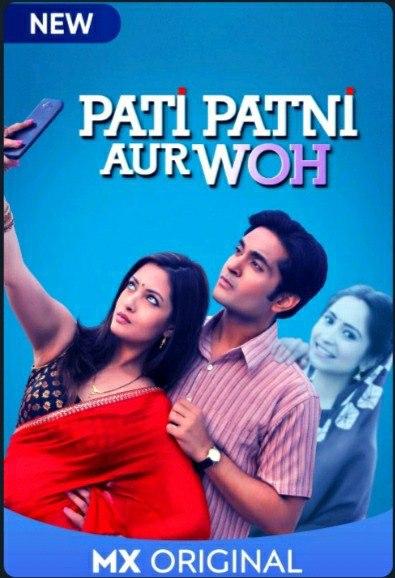 Pati Patni Aur Woh Review- A good plot based in Hindi Heartland, where jealousy and insecurity of marital life is portrayed for what it is

Pati Patni Aur Woh MX Player Series Story is based in Benaras and centers mainly around the dissatisfied soul of Surbhi, wife of a shop owner Mohan. Mohan’s wife Surbhi had an early death. But her love and concern for her husband came in way of her salvation and she continued to stay in her dwelling place as a spirit whom only Mohan could hear and perceive.

In order to make sure that Mohan moves on with life, she insisted he get married. That too, on the same day as her death ceremony, post 13 days of her demise. Mohan does so with a lady named Rimjhim of partial Bengali roots, without even seeing the face of the girl.

On the first night of the marriage, Surbhi refuses to take salvation without looking at the new bride’s face. When Mohan takes off the veil from Rimjhim’s face, he gets bewitched—so much so that a boring simple inexpressive Mohan begins to whistle spontaneously. Watching this, Surbhi refrains from taking salvation and makes sure that the new couple does not come close to each other. But the freshness and beauty of Rimjhim’s soul keeps enthralling Mohan and he falls in love.

In the meantime, Rimjhim takes great care of Mohan, helps him with his business with a different angle and is very loving towards 3G as well. 3G is Mohan’s friend, who is more like a brother. Kukku, Surbhi’s younger brother is the business partner of Mohan at the saree and lingerie store which both of them own and manage. But with the insecurity and jealousy that surrounds the dissatisfied spirit of Surbhi, Mohan does not establish his relationship with Rimjhim the way he wants to.

Out of sheer frustration, Rimjhim leaves one day. Seeing a completely aimless and frustrated Mohan, Surbhi asked him to bring Rimjhim back. This time when Mohan woos her back, Rimjhim already knows that Surbhi’s spirit is there in the house. It came in way of their married life. Meanwhile, Kukku takes a hefty loan from two muscle men with the shop as a mortgage, which he can’t repay.

Rimjhim gives away her wedding jewelry to save the store and Surbhi begins to realize her mistake. Kukku also finds his lost elder sister in Rimjhim. While Surbhi decides to leave for salvation the very next day, Rimjhim plans with Pandit Ji and 3G to captivate Surbhi’s spirit, so that their conjugal life has no blemish ever after.

The script of Pati Patni Aur Woh Series 2020 does not have a lot of punch and good material to complement the well-framed concept and plot of the series. There could have been more intense moments of emotional outbreaks. In addition to that, there was a huge lack of comic flavour in the script though the scope was plenty. However, the dialect, although monotonous at places, absolutely substantiates the backdrop of the series.

Anant’s acting skills are really worth applause. It is not very easy to play a character where the chief governing responsibility is given to “dilemma”. There were moments where he could have had an emotional outbreak and shout out to the spirit of Surbhi, thereby blurting his immense love for Rimjhim. But he beautifully controls his anger, frustration and makes the character of Mohan as submissive and peace-loving as possible.

Vinny Arora was equally good at delivering the character of Surbhi. There were moments that reflected monotony, but that can be considered a part of the character itself. Riya Sen’s character, initially provoking the hormones of desire, turns out to be a lot more than just offering seduction. Not only her expressions and movements, her voice also enacted every scoop of Rimjhim in the most beautiful way. In supporting roles, Saksham Shukla steals the show as 3G.

Sarit Shekhar Chatterjee and Karan Sanchala showed great expertise in designing the background score for Pati Patni Aur Woh Series. Distant romance and the pain of separation have become eloquent through their music.

With Naseem Ahmed as the DOP, the cinematography of Pati Patni Aur Woh MX Player was completely mesmerizing. However, a little more insight on the fire offerings at the Ghaat of Benaras in the evening could have given a great angle of good camera work to the series. Abhishek Kumar Singh had the immense scope of better editing and preserving the gravity of the series to prevent boredom that set in almost all the 10 episodes of Pati Patni Aur Woh.

Overall, Pati Patni Aur Woh Review is that it is not a story of salvation. It is a story of dilemma and insecurity. The initial episodes inflicted a lot of boredom. But as the story progressed, the series takes its pace and made its way to a good ending of hope and happiness.

However, the characterization could have been better. Moreover, with such beautiful background scores, monotony could have been reduced to a great extent. Nonetheless, Nisheeth Neerav Neelkanth did a very good job as the director of Pati Patni Aur Woh. 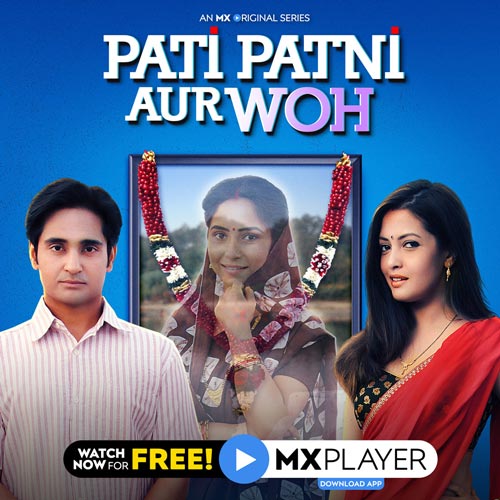 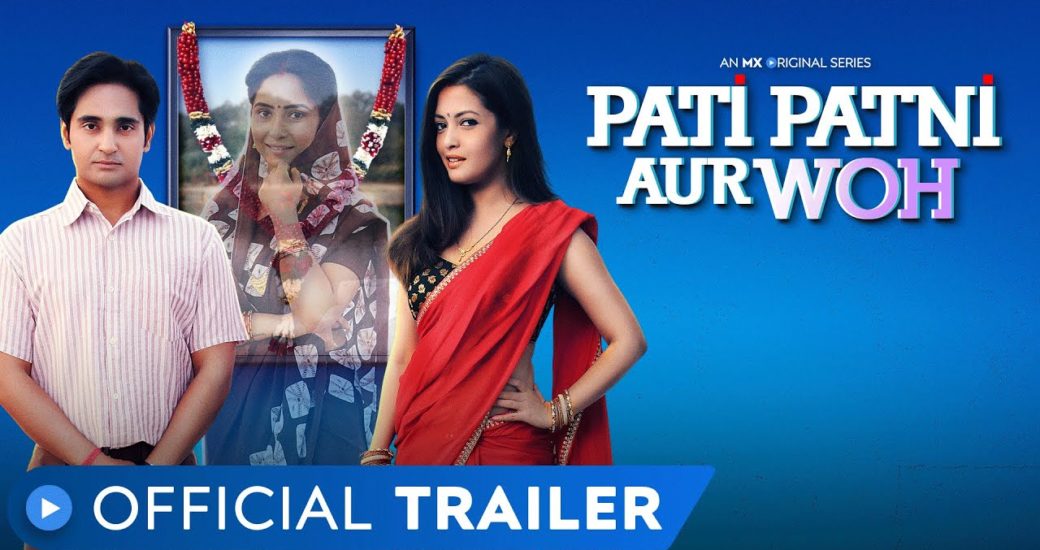