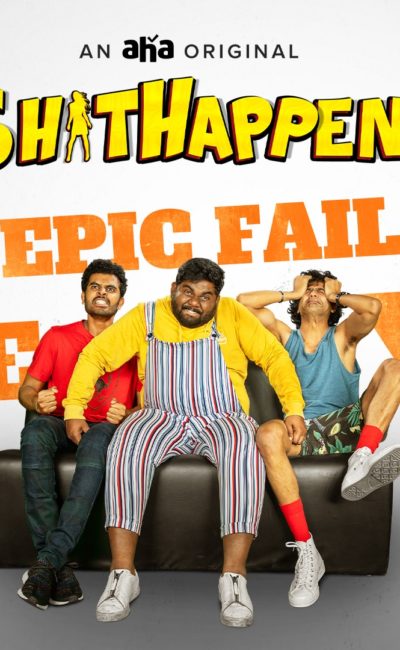 Aha Original Web Series  Shit Happens in Telugu, is a story of three lust-blinded engineer graduates, Sathvik, Harsha, and Sameer. Sathvik and Sameer come from orthodox families. After getting trolled as a dry batch at a house party, the three decide to get hooked and want to lose their virginity, for which they are ridiculed. In the due process, they hire a hooker to prove their friends wrong.

But they find her dead and try to dispose off the body and drive into a cop, who asks for a lift. The cop along with the hooker takes away the car when the three get down for a break. Amidst all the tension, the cop crashes the car, finds the hooker dead, and thinks he killed her. But without this knowledge, the three confess their crime to the cop and he starts to blackmail them instead. How do the three get out of this vicious situation they are in? Who killed the hooker?

Aha original Shit Happens disappoints the audience, as it flops as an adult comedy. It is good to see Aha providing a huge platform for Telugu Web Series.

Shit Happens has some good plot twists, but not capsulated well and lags in parts. The series is full of mismatched characters, does not dwell well with the characters or cast. Shit Happens has merely got some comedy. Shit happens has only got that forced laughter, for which one has to laugh on adult content.

Shit Happens is a series of 5 Episodes streaming around 25 mins on Aha.

Harsha Chemudu, a well-known comedian, who got his fame for Viva Youtube comedy, (also known as Viva Harsha) has not done anything new. Maybe it is time for him to try new characters and come up with something out of routine.

Sameer and Sathvik characters really showed their naive acting skills and need to work on their dialogues and expressions. The huge cast, hardly have their presence on the screen. Celebrity YouTubers like Suhas, Vidhya, Jahnavi do not shine in the series this time.

Veteran actor Annapoorna has got her role back on her sleeves. The thirty-year-old industry fame Prudhvi Raj is the only actor who pulls off the comedy in the whole series.

The script is well-written but not well-directed. The series can be made into a short film and all the lags can be cut short. Adult Comedy has a high impact on web series, so dialogues are the crux of the series. Cinematography is fine for what the series is for, but the good direction and well-written narrative can kick this off the levels in this genre of web series.

Music does not have much role in this series and background score is passable. 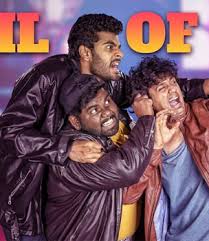