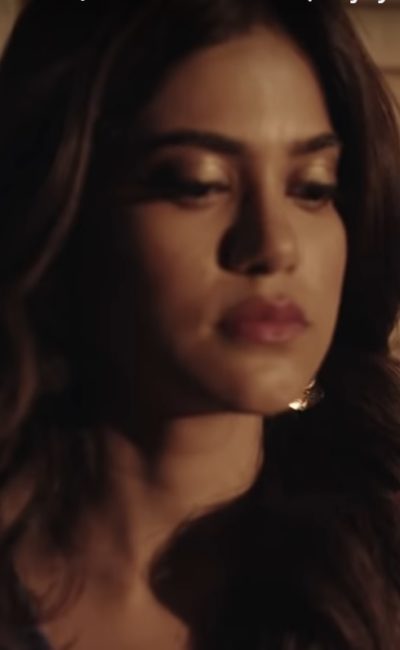 She Netflix Web Series Plot revolves around Bhumika Pardesi (Aaditi Pohankar), a Senior Constable with Mumbai Police, purportedly coerced by her financial circumstances to undertake a rather dangerous undercover operation. She put all her might behind the capture of Sasya (Vijay Varma) and Nayak (Kingpin), perilous narcotics dealers, and in the process, discovers her own personality traits that even she did not know existed in her, sexually or otherwise. Sasya puts a condition to only speak to her and give her all the information, and thus starts her journey from a coy junior official to a critical operative, in She Netflix.

Doubted at each stage whether she has the guts to carry through the mission, She Web Series by Imtiaz Ali showcases her determination to get Sasya and then Nayak caught, at any cost.

She Netflix comes from the makers of Jamtara, Andhahun, and Tamasha.

She Netflix India availability from March 20, 2020, in Hindi and English Language.

She Netflix Web Series Review – Imtiaz Ali delivers a brilliant story rather unexpected of him. She Netflix shouts out loud amid its consciously trivialized intensity.

Imtiaz Ali’s Films – Love Aaj Kal, Jab We Met, Rockstar, Highway…….She?  You know what we mean. But there is a commonality of thought in all.  She Netflix plays on Imtiaz’s strengths of showcasing an intense journey of self-discovery, but this time, in a manner that seems very ordinary. She on Netflix is a story of the discovery of suppressed sexuality and courage unknown.

There seems to be a rather conscious effort of trivializing the intensity of the character Bhumi’s (Aditi Pohankar) emotional journey, and the effect is amazing. Not only does it help bring out the social prejudices enforced or expected out of women in our society, it actually shouts out loudly in its silence. The viewer is glued and willing to stream through the entire 7 episodes, such is the trivialized intensity.

She Netflix is an unputdownable story with some superb characterization, subtly-etched performances and complex emotions.

The very fact that the lead character expected to be sexually attractive is a uniformed ordinary looking, dutiful daughter, living in a Mumbai Chawl and carrying on with her duty to earn bread for her family is rather ironically poetic. We mean, she does not fit the role, stereotypically speaking. And that is the reason why she fits so well, because nobody expects it out of her, not even herself.

The irony of Bhumi’s character is very nicely portrayed and evolved in She Web Series by Imtiaz Ali. Her willingness to take up the dangerous job, could have stemmed from her financial needs, but what she becomes in the process is alarmingly strong and crafty. That she chooses to prey on ego trip as a turn on for her prospective customers is both interestingly misogynistic and empowering at the same time.

The dialogues of She Netflix Web Series are crafted to bring out the mileau of the underworld. Replete with expletives and double meaning they are craftily nasty. This adds a dark tinge to this content piece. Pakaoo advises Audience discretion.

Vijay Varma leaves his mark as Sasya, the menacing, deceitful drug peddler, turned police informant. His strictly misogynistic stance of ego eroticism is a brand suited for OTT. It would perhaps have lost its truth on any other medium.

Aditi Pohankar is ordinary in her performance and seems local. It is difficult to understand if that is the character or the actor, really. With more series and other content to her credit, her acting prowess may be better understood. We hope it was the character that kept her so strongly ordinary.

Vishwas Kini is believable as a Mumbai Police Cop. The urge to take strong bets in pursuit of a criminal, with self-doubt as well as assurance, displays his anxiety of leading a critical but difficult operation into the unknown. What with a Junior Constable’s life and dignity at stake.

Even in his small but critical role (He is introduced in the 6th episode), Kishore Kumar G shines as Nayak. He is extremely restrained and menacing, but with an Intelligence quotient and street, smartness to think multiple moves ahead.  It seems he might get a longer role as there is a Season 2.

Overall, She Netflix Web Series is a good stream, where only the end defines the means when all is at stake. 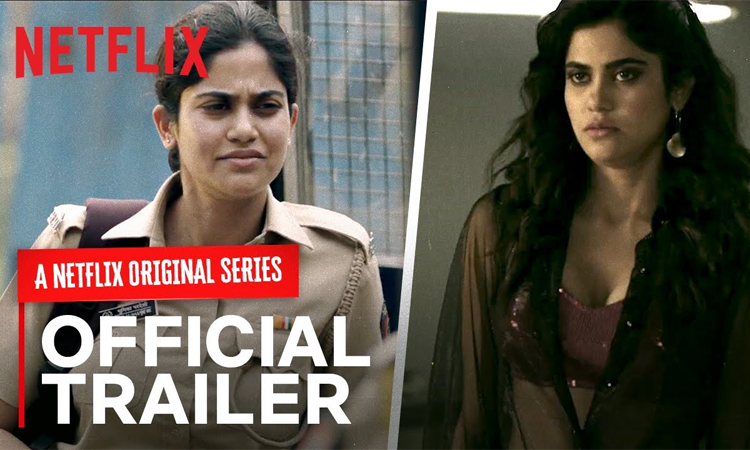