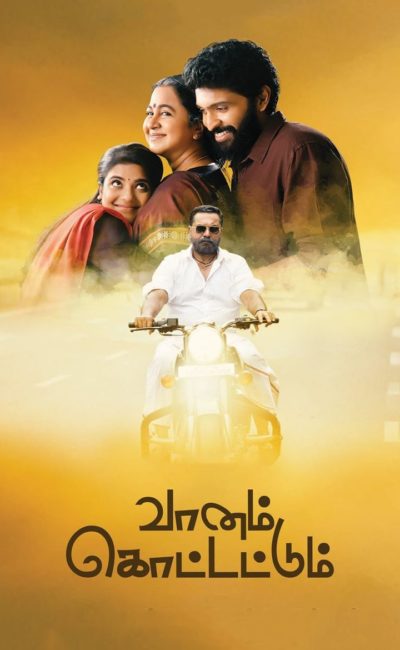 Chandra (Radhika Sharadkumar), the wife of Bose, relocates to Chennai and struggles to raise their son (Vikram Prabhu as Selva) and daughter (Aishwarya Rajesh as Mangai). After the initial struggles, Selva establishes himself in plantain business, while Mangai studies law. Selva meets Preetha (Madonna Sebastian) and her father, George.

With the financial crises and raids, George goes missing. The business of Selva flourishes with new deals from Reddy. Bose gets released from prison and finds it difficult to connect with his son and daughter. Preetha meets Selva to get financial assistance. Bose’s short temper and conservative mindset further distance him from his urban brought-up son and daughter.

Bhaskaran, son of the revenge victim, tries to take revenge on Bose with a hit and run accident. Bose survives and returns to his village. His brother Velusamy talks about Bhaskaran and Natrayan (Nandha in dual roles), sons of revenge victims, killed by Bose earlier.  Bhaskaran attempts on Bose’s life in Chennai.

In Chennai, Reddy plans for a marital engagement between his son, Kalyan (Amitash) and Mangai. But Mangai and Ram (Shanthanu Bhagyaraj), her childhood friend, love each other and Kalyan comes to know about the love affair later. As Ram and Mangai are set to marry each other, Bhaskaran, under the disguise of Natrayan, deceitfully brings Selva to his place and thrashes him. Bose comes there and the fight ensues. Does Natrayan take revenge on Bose? Do Bose and Selva survive? The viewers have a visual treat to know the answers.

The veteran actors and real-life pair Sharadkumar and Radhika have done their roles with ease and perfection. Vikram Prabhu impresses with his performance. Aishwarya Rajesh is a delight to watch and her performance is steadily on the rise with her films. Balaji Sakthivel has portrayed the Velusamy character neatly. Madonna Sebastian and Shanthanu Bhagyaraj have done their limited roles well. Nandha has handled his dual roles nicely.

The screenplay is jointly written by Vaanam Kottatum director Dhanasekaran and producer Mani Ratnam. Mani Ratnam’s Madras Talkies produces the film. Sid Sriram has scored BGM for the first time and has sung five out of six songs. “Kannu Thangam” stands out in the chartbuster.

All the Vaanam Kottatum songs are penned by Siva Anand. Preetha Jayaraman’s cinematography has captured the scenic beauties of the villages and also the busy life of Chennai well. Vaanam Kottatum trailer was released on January 23, 2020.

Vaanam Kottatum Review (2020) – Old wine in a new bottle, but the wine is tastier

The good old story of revenge coming back (“They that take the sword shall perish with the sword”) is drawn under a village setting with a follow up in Chennai. The movie has a lot of family content with a nice portrayal of the lovely relationship between husband and wife, brothers, lovers, brother and sister. psychologically unhealthy Bhaskaran’s tears justify the screenplay. The climax and the background songs are befitting to the movie title. It is a must-watch film and a sure family entertainer. 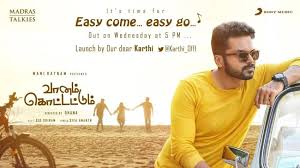