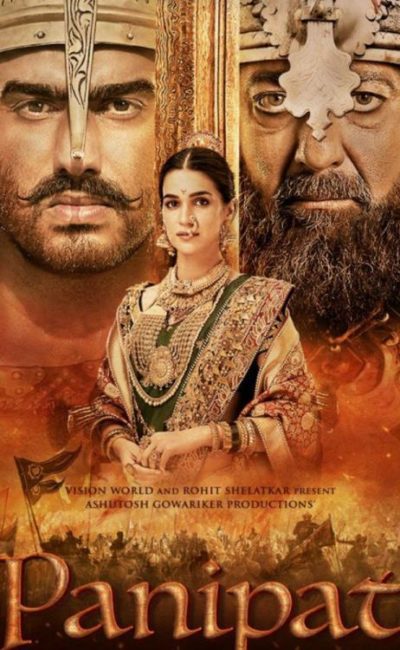 Hindi Movie Panipat chronicles the part of History where Peshwa Marathas, under the brave warrior Sadashivrao Bhau (Arjun Kapoor), responded to the re-entry of Ahmed Shah Durrani (Sanjay Dutt) to curtail their expanded empire of 4 decades. Combining forces with multiple Hindu and Mughal kingdoms, as the Peshwa Army marched North, the armies of Marathas and Durrani were face to face for over a month across the Yamuna river. With no battle possible, Bhau made a strategic decision to move further North towards Delhi and capturing the Mughal jewel, crossing and fighting the Durrani forces thereafter crossing the Yamuna. Literally being chased by Abdali’s Army East of Yamuna, barely a day apart, Marathas overthrew the Mughals, and recaptured Delhi. Afghans were also defeated at Kunjpura, with Abdali completely helpless, saw the surrender of his colony with his own eyes across the Yamuna River. Enraged by multiple forfeits, Abdali decided to finally cross the Yamuna and battle the Marathas at Panipat. The film shows the bravery with which the Army of Bhausaheb and Abdali confronted each others making strategic formations like the square and the crescent. Unfazed by the travel of months altogether, the Marathas, fought bravely without food and supplies. However, it was the deceit by their own allies, the Jats, which proved to be the final blow to their ultimate quest. Bhau’s Army was defeated by Abdali’s Army at Panipat. The fortitude and strategic aptitude, however, of Sadashivrao Bhau were still worthy of a salute and even Abdali wrote to Peshwa to inform him of his unfazed valor, even in death and ceded back Delhi to the Marathas.

History is told that India has been colonized by multiple Emperors and changed many a King. From Mughals to Peshwas, to Durranis ( Afghans), in 1700s North India was invaded by multiple Emperors coming from the West of Himalayas. Their objective was resources loot and show of strength by the organic expansion of their kingdoms. They were seasoned Warriors and battle wins were a way of life for them.

A history marked the death of Aurangzeb, among the last of the Mughals in 1707,  as a pivotal point for the decline of the Mughal Empire in Northern India. This was followed by the reclaiming of lost lands by the Maratha Empire of the Deccan. Gujarat, Malwa, the outskirts of Delhi, Agra, Lahore, Multan, and Rajputana quickly came under the Peshwa Maratha Control.  With such an expanded empire, the Marathas at one point in time even started eyeing Kandahar, after driving Timur ( Son of Ahmed Shah Abdali) , out of Lahore. Ahmed Shah Abdali was of course offended and wished to give it back to the Marathas.  Delhi at this time was still under the Mughal rule, which was scared at the developments and the increasing strength of the Peshwa Marathas. And so, they invited Abdali to overthrow the Peshwas and safeguard them.

Panipat Movie Review – A formidable account of the  Maratha-Afghan War at Panipat in 1761.

What stands out ostensibly in this Period Drama Film, is the extensive portrayal of War and the Strategies and formations actually used. It is delightful to see the actual war unfolding step by step, from the eyes of Parvati Bai ( Kriti Sanon), Sadashivrao Bhau’s wife. Hindi Movie Panipat also brings out the politics of that time and encapsulates the toughness of bringing together multiple kingdoms to fight a common enemy, the Afghans.

Arjun Kapoor as Sadashiv, is indomitable and mature in his portrayal. Panipat was an important film for him. However, Panipat movie total collection barely managed to cross INR 25 Cr at the Box Office, which is what makes it important to state that Panipat, the film, is an underdog. It deserves to be seen for its superb direction by Ashutosh Govarikar and an almost accurate historical account. A special mention for the Costume design in the film. Given its periodical genre, this was an important area, which has been handles with elan. It is a cinematic marvel bringing out the grandeur of an important piece of Indian History. It does glorify Marathas, a very brave race indeed. Panipat Movie Online can be seen on Netflix, on which it started streaming on February 14, 2020. 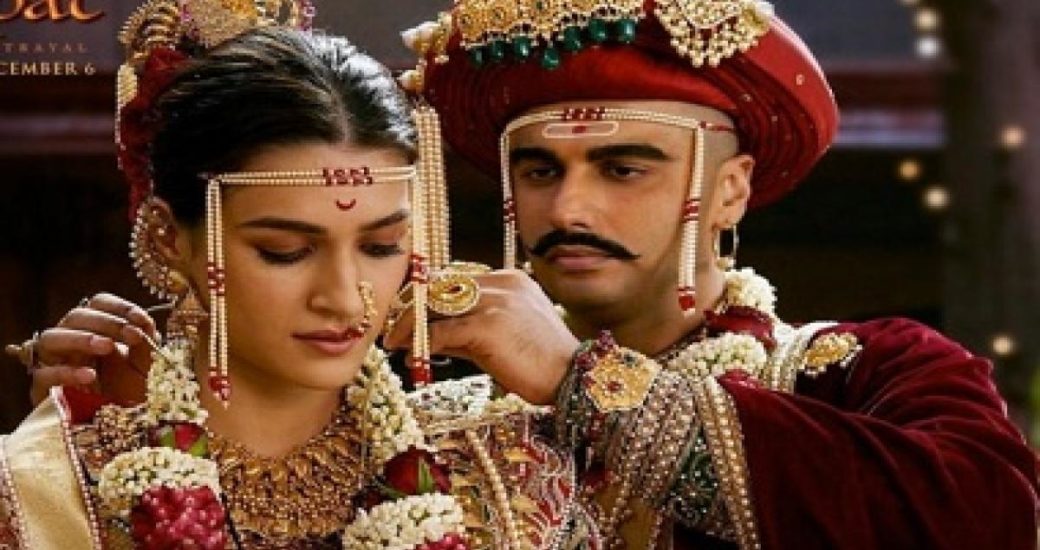