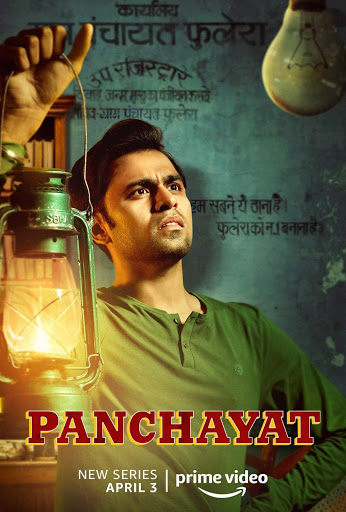 The story of Panchayat, a TVF Production, talks about Abhishek Tripathi, a fresh graduate from a non-grade college, who managed to secure a Government job and got the post of the secretary (Sachiv) of the Panchayat Pradhan (Head) of the village of Phulera at a monthly salary of Rs. 20000.

Dreaming of a white-collar job with a CTC of 12 LPA, a depressed Abhishek comes to Phulera and decides to prepare for the CAT examination after working hours. He decides to stay in the Panchayat office and hence manages to cut off the expenses of accommodation and domestic help.

During his stay in Phullera, Abhishek becomes familiar with the village culture, how people manage to keep themselves happy and content in little resources, how they help each other like family in times of need—he gets acquainted with everything, but of course detests the degraded lifestyle of a village. But on the other hand, he finds out that the people of Phullera are very good at heart, especially the Pradhan of the village.

Manju Devi is officially the Pradhan of the village. But she neither has the caliber, nor the interest in work. So, while she looks after the household chores like every other village wife, her husband Brij Bhushan Dubey takes care of the work at the office and is addressed by the villagers as “Pradhan Ji”.

However, the story has its own pace and shows how Abhishek regains his lost determination and hope after securing a not so good percentile in CAT and begins to prepare for next year, after seeing Manju Devi gaining her confidence and taking up the work of a Panchayat Pradhan in office.

Panchayat Web Series Review – A Minutely Directed Story, with a Near-Perfect Screenplay, Acting, and Entertainment—All in one!

Panchayat is a complete package of entertainment with all other ingredients that a good web series should contain. Let’s take a tour of the different aspects of this web-series.

The backdrop of Panchayat is a village with minimum amenities. A village of daily power cuts, a village where the official Panchayat Pradhan has to put thumb impression and that too without knowing what is written on the papers. And on above everything, the protagonist is almost every second youth of India.

In other words, the plot and the background of the story is a very ordinary one. And to make every ordinary plot an extraordinary screenplay, the one thing that is required is a good and creative script. Creativity doesn’t imply anything which refrains from having a connection with reality. Every thread of dialogue of every character is written and polished so much so that it befits each of the characters perfectly.

Most of the characters belong to the village, but they have their own points of distinction which is well established not largely through costumes and makeup, but dialogues and the throw of dialogues with perfectly realistic use of dialects in apt places. The script of Panchayat Web Series Amazon Prime is an eventful one, with proper demarcations in each episode.

Jitendra Kumar gave everything to Abhishek Tripathi to the extent possible. His art of acting never required any extreme cinematic exposure. His work reflected a notable amount of balance. He remained frustrated but controlled himself from expressing his frustration towards Pradhan Ji and Prahlad (Dept. Pradhan). And when he finally vented out his frustration on Vikas (the helping hand of Abhishek), the change of his expression that continued till the end was surely commendable.

Raghuvir Yadav, another actor portrayed flawlessly the effect of pressure on a character. His character did undergo partial metamorphosis under the pressure of dilemma and he carried that out throughout the series. Chandan Roy played very well as an ideal supporting cast member. Neena Gupta’s work as neat and clean as usual and she did everything the character of Manju Devi required.

Background scores have played a very important role in Panchayat. This series has shown that even without the hard melody running in the background, the effect of pressure, the situations of emergency and fight sequences can be portrayed beautifully and with appropriate gravity. Anurag Saikia undoubtedly did a very good job of leading the music team of Panchayat Web Series Amazon Prime.

The cinematography of Panchayat particularly deserves 100% appreciation keeping in mind the angle of every shot, its beginning, ending and its merging with the next one. Amitabha Singh showed great expertise in filming this series with a lot of crystal-clear neatness and simplicity. From village farms to the evening sky, everything got enlivened beautifully through work. Amit Kulkarni as the editor deserves a standing ovation for keeping the binding of each episode so strong.

Coming to the most important aspect of this series, the direction. Deepak Kumar Mishra deserves a huge round of applauds for directing the series not only so well, but also so minutely. Some printers in Government offices produce a dashed column of black ink on the paper while printing—he didn’t even miss this detail.

The presentation of each character, the social backdrop of the place, the daily confusion that people of the village, especially the Pradhan goes through, the portrayal of the fact that “Little learning is a dangerous thing”, the use of vegetables, butter, ghee as a mode of pleasing someone to get any work done—every minute detail was portrayed in the series in a realistic way, without projecting it with unnecessary emphasis.

However, the preparation of CAT requires more writing and solving questions. A person desperate to prepare well for CAT will not sit with the book of Quantitative Aptitude question bank and read it like a storybook with stretched limbs.

Never the less, Panchayat proves how good work can still be done with limited resources. It is one of the best web series released till date, probably the best one in Amazon Prime till now. 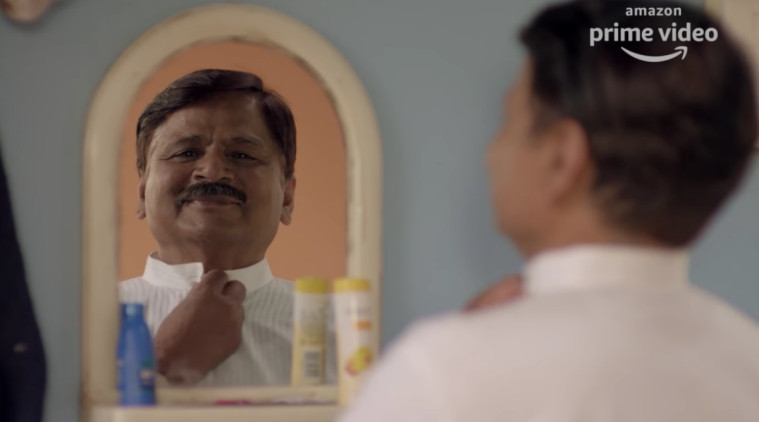