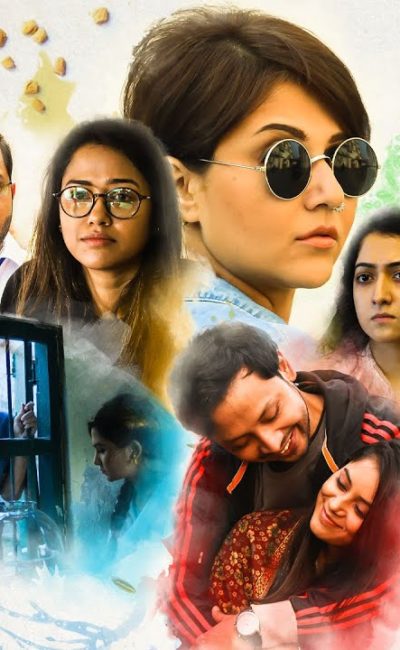 The song ‘Hariye Jawar Gaan’ gives viewers or spectators total enjoyment. This song is from ‘Khworkuto’ segment of this web series. Akash Bhattacharyya’s voice attracts the listeners hugely. This song has been composed by Riad Hasan, and Aditya Saha is the writer of this song.

Hoichoi is the No.1 platform for digital entertainment in Bengali. Their franchise ‘Paanch Phoron’ stands popular among the Bengalis across the world. The name ‘Paanch Phoron’ is suggested from five different spices concoction. These spices are used to add flavor to individual dishes of Bengali people.

Paanch Phoron season 2, episode 1 has been directed by famous Bengali (Indian) filmmaker Arka Ganguly and carries the title ‘Khworkuto’. This particular episode has lead performances by the actors Sohini Sarkar and Sourav Chakraborty. The concept of the story is ‘Love’ which viewers or spectators can see among the lead pair, even after their mutual divorce. Both of them have feelings for each other and try to defend their respective ex-partners when they hear anything negative about them. Sourav Chakraborty’s character faces even more critical social barrage and loss of job , as he faces charges of sexual humiliation in office. The complicated and challenging circumstances break him personally and in an inebriated state, he visits his ex-wife. The heart to heart talk that ensues is a complete tear-jerker. The episode concludes that circumstances had made their romantic life a living hell, and both of them want to live for something or someone as ‘Khorkuto’.

The second episode of ‘Paanch Phoron Season 2’ is ‘Donor’. Nurul Alam directs it. For any other reason , people think twice and exhibit fear of doing something new, but when in love, they can easily do anything , that too with a smile. The name ‘Donor’ is very significant for this story. A boy’s father requires a kidney for his survival and his father’s manager wants to donate his daughter’s kidney for him. However, the girl is scared and refuses to donate her kidney. In love with the boy, she speaks her heart out and expresses her hesitation in donating for his father. Truly understanding the situation, the boy donates his one kidney and saves his father’s life. But after a few days, the boy’s other kidney fails, and he requires a transplant for survival. This time the girl who is love with him voluntarily donates her kidney. However, the boy does not survive. The death is not the purpose of this episode; the primary goal is unconditional love which influences anyone to do anything for their beloved.

Chandril Bhattacharya is the director of the third episode ‘Praay Kalfka’. Reason of this title, is that the person in lead role meets with her boyfriend. Next day he wakes up as a different person. When his girlfriend meets him, she refutes him and even his family also dismisses him. Meanwhile, he falls in love with another woman. In these circumstances, a ‘Sadhu’ provides a drink which can make him his past ‘Avataar’. This story offers spectators a question about whether he should take the bottle and accept his old girlfriend or go with the new one.

The fourth episode is ‘Afternoon Audition’, and the name of the director is Sudipto Roy. This episode is a combination of two parts. Here camera work and music are exceptional, but the storyline maybe not so catchy for the viewers. This story starts from a girl who comes to give an audition; she is practicing her dialogues in the café in front of a man who turns out to be a love interest of other women. This woman observes her lover in that café and becomes very possessive. Here comes the second part of this episode, which is actually connected back to the third episode. The man is going for the audition and the girl in the third episode is also going for audition. From spectator’s point of view, it is not straightforward to understand or co-relate these segments in Paanch Phoron Season 2.

‘Three Kisses’ is the last episode of this web series whose director is Giasuddin Selim. In this story, two brothers go to a party where elder brother kisses the younger brother’s girlfriend, which the younger little brother can’t accept. Their affair continues, the girl gets pregnant, and the elder brother refuses to help her. One day she observes that he is kissing another woman. However, the younger brother helps her in abortion, and gives her unconditional love. After a few days, the little brother again observes that girl is physically close to his elder brother. The significance of ‘Three Kisses’ is in showcasing an unconditional love , even after facing intolerable deceits. The girl just does not understand him and makes wrong choices again and again.

Paanch Phoron Season 1 was launched in 2019 had a total of five episodes and second season was released in 14th February 2020. The central concept of ‘Paanch Phoron’ is ‘love’. This web series is directed by the topmost filmmaker from Bangladesh and India. Every individual has delivered his distinctive flourish. These ‘short-films’ mainly offers the palatable and satisfying fare by the end of all, leaving spectators or viewers asking for the second helping. 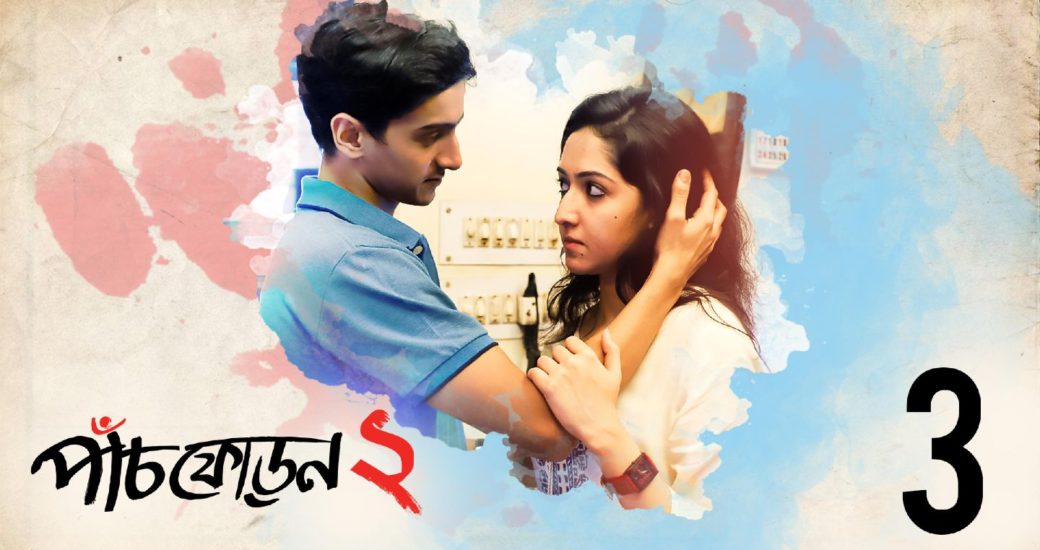