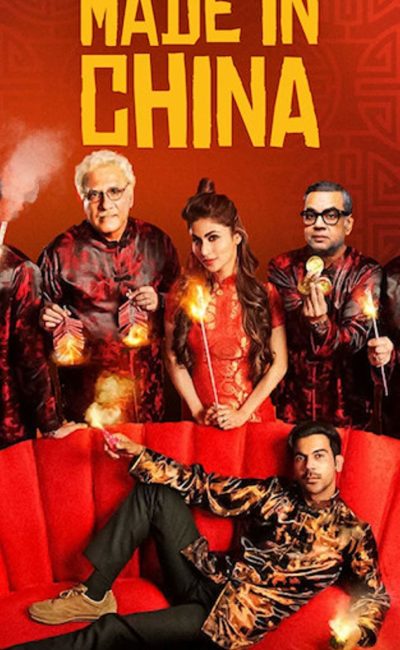 Made In china movie starts with the demise of  General Zheng, who has come to India for an Indo-China summit, apparently due to food poisoning. The cause of poison is purportedly a powder named “Magic Soup”. With this unfolds the story of a duo, a Dr. Vardhi ( Boman Irani) and Raghu ( Rajkumar Rao). While Vardhi is having a mediocre lifestyle owing to his specialisation in sexology, Raghu is having a hard luck in business and fails in every venture he tries. However, soon they enter into a partnership for a business dealing with “Magic Soup”, which is actually a sexual stimulant. The business starts doing well, and hence raises eye brows in the market including those of Raghuvir’s other business relatives and in fact, his greedy online mentor too.

What starts as an investigation into a Chinese General’s untimely death in India, leads to multiple Situational Comedies, a prospering entrepreneurship story and a business idea.

The film is mostly based in the flashback as a narration as a part of the investigation statement various characters do to the CBI, the investigating agency for the General’s death. As much as the premise of the film feels really irrelevant, the film stands out as a masterpiece in addressing the private issues that ail Indian people, stereotyped to be kept within the confines of personal privacy just because of being associated with sex.

We also get to understand the true meaning of sex education that the Indian education system so conveniently chooses to leave in the dark, which has eventually caused problems for millions of people across India.

The film also depicts a significant idea of how Indo-China diplomacy would function in a situation of hostility which only gives us a decent idea of how things work on the international stage.

The film features a really diverse roster of star cast and competent actors. These include Boman Irani, Rajkumar Rao, Paresh Rawal and Mouni Roy. The production enterprise has been done by Maddock Films and Jio Studios with direction by Mikhil Musale.

Made In China movie song and background scores here and there along with music videos in between the film only add to the intensity of how well the narrative is established and carried along in the film. The cinematography team also deserves a mention as they’ve so accurately managed to capture Ahmedabad and parts of Mainland China. The dialogue delivery by all characters from kids to adults is exceptionally impressive and hence, only adds to the essence of the dramatization.

On October 25 2019, Rajkumar Rao’s film Made In China movie hit the big screen in India. Even though the release clashed with that of another comedy genre film, Housefull 4, the film did manage to gather a good share of attention . As on January 3rd 2020, the film has started streaming on online platforms like JioCinema and Netflix; Even though the revenue numbers were in favour of Akshay’s Housefull 4 which Made In China movie total box office collection less than the former, overall we give a thumbs up to Made In China. In fact, Made In China budget and collection was less than all its competitors, but the reviews were still great, making it an underdog.

Made in China Trailer 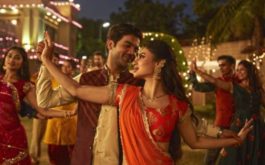 Made in China Valam Song 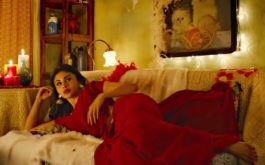 Made in China Song Sanedo