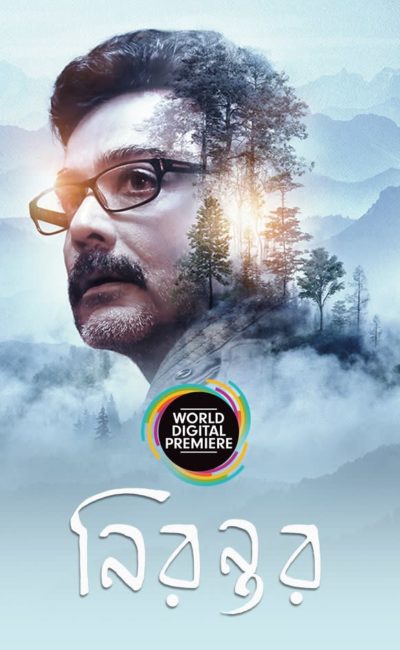 The story of Nirontor Bengali movie opens in the verdant valleys of North Bengal, where Biplab and Bhaskar have come on an office tour to block the site for a hotel. While Biplab is quite a senior employee, Bhaskar is a fresher, or an intern to be very specific. Initially, they remain quite drifted away from each other—as Biplab is in his mid-life, and hence is quite used to the site visits, life away from home and lack of proper network during office tours at remote places.

On the other hand, Bhaskar is on such a big tour for the first time and faces issues with his wife as he is unable to maintain good communication during the tour. However, gradually they share drinks together and grow close to each other. With Michael as their local driver, the tour was going quite well, although Biplab couldn’t block any site. One evening, Biplab and Bhaskar discuss the dynamics of their lives.

Bhaskar is married to her girlfriend for two years, but his traditional and orthodox joint family didn’t accept the marriage and hence he lived with his wife separately. Biplab’s life was endowed with more complications. His wife, Jonaki, had a miscarriage on her first pregnancy. After two years, they tried again, but things failed. Since then, doctors advised them that Jonaki should not get pregnant, as that might have quite an effect on both her physical and mental health.

But years let, they commit the same mistake and this time, things went so bad that on account of this failed pregnancy, Jonaki became a patient of acute depression.

That very night, suddenly Bhaskar had a massive attack of feats. In the remote areas of North Bengal, medical centres are not easily available. Biplab somehow manages to take Bhaskar to the nearest medical centre with the help of Michael. But Bhaskar couldn’t make it. He died of cardiac arrest.

On returning to Kolkata and completing all formalities, Biplab decides to take some leaves from office as he couldn’t completely process the demise of such a young vibrant junior, right in front of his eyes. Later, he was completely shocked to hear that just after one day of his return, Bhaskar’s wife gave birth to a daughter. On hearing that he was childless, Bhaskar refrained from revealing that his wife was expecting and he had come for a tour at such an advanced stage.

Jonaki was slowly turning out to be a little more positive, slowly recognizing the little changes in Biplab that normally a wife senses about her husband. Nirontor, meaning continuous, ends on a realistic note that some harsh happenings can bring little changes in life. Yet, life never ceases to live.

Nirontor is a question raised to fortune—why are you so unpredictable? The question is as constant as the saying: “The show must go on”.

The script of Nirontor plays a significant part in the making of the film, as it perfectly complements the poise exhibited not only by the characters but also the dormant emotions that remain un-manifested. The absence of a life partner is painful, but the lack of companionship in a life partner is suffocating. It is easy to empathise with the suffering of any disease or disorder.

What is difficult, is to understand the sufferings of that soul who is normal by face, but exhausted at heart. That soul who continues to support the one who is ill, also needs some support, also needs a place, a way to vent out. And the sufferings of that soul often go unnoticed and unidentified. All these problems of life are brought about in a significantly practical way through the script.

Prosenjit Chatterjee is evergreen as always. But this time, what makes him look special in Nirontor is his silent acting—with minimal dialogues but maximised manifestations through expressions and of course, work of eyes. Satyam Bhattacharya is again a splash of contrasting shades, who bubbles with words but somewhere has something very painful, concealed deep inside in his heart. His way of portrayal of Bhaskar deserves a lot of appreciation. Ankita Majhi is also a fine actor to work out the character of Jonaki so well. However, it seemed that a little more involvement on her part to the character of Jonaki could have given the film a different booster.

Music and background scores of Nirontor were taken care of quite well by Abhijit Kundu.

In a film like Nirontor, the cinematography is supposed to have a very crucial part to play and Soumik Halder did absolute justice as the DOP. However, editing could have been done on a little more minute level by Subhajit Singh.

Chandrasish Ray is known to be one of the most instinctive filmmakers in the Bengali cinema. And when a filmmaker makes a film from his heart, products like Nirontor come out, with good direction and perfect maintenance of the balance between the script and the screenplay. But the ending of the film could have been shot with more attention to the fact that a soul who has not touched music for years, cannot present a tough semi-classical piece of music with such perfection. 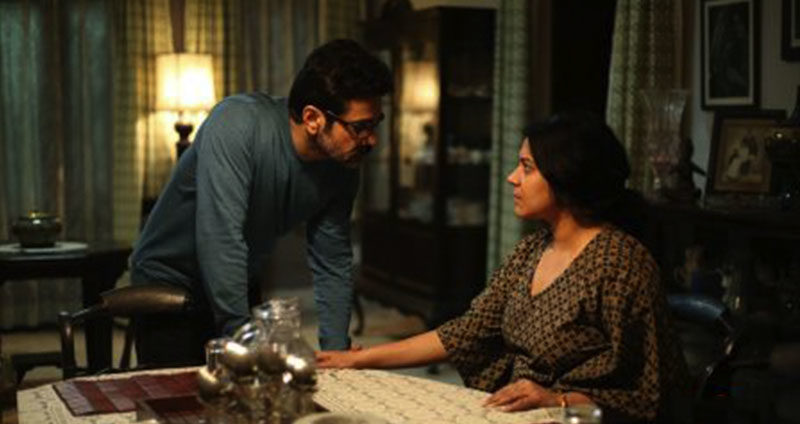