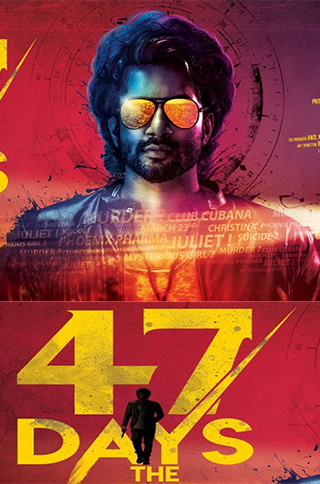 47 Days Telugu Movie Story revolves around Satya, who gets suspended from his post as ACP in Vizag is in search of the mystery behind his wife, Paddu’s unnatural death. One fine day, She comes home and commits suicide by jumping from the Balcony. Depressed Satya, takes a break and leaves for Goa. As he returns from Goa, he finds Srinivas, Head of a Pharmaceuticals company’s murder case has been closed as a suicide. Satya opines that Srinivas’s death and his wife’s death happen on the same date after they both coming from a common party.

While solving the case he comes across Juliet who is also the school mate of Satya and his wife. Satya initially assumes Juliet as the mysterious murderer.  As the plot twist unveils, the pharmaceutical company is trying to import illegal drugs with a lot of bigs shots involved in it. And the story gets even more mysterious from there.

Director Pradeep Maddali has done a good job in scripting a mysterious crime but its quite predictable and nothing out of routine drug and melancholy. The narrative is well set and the direction as we enter the film but the creativity lags quite along. Despite the good, Production values of the locations in the film are pretty disappointing. The whole credit goes to the men behind the cinematography. The screenplay has got that dark aroma which thriller films demand but it is been overkilled as too much of anything is good for none. The dialogues are niche and don’t flaunt with more punch dialogues like in many stereotypes.

47 days movie watch online to know how the mystery unfolds.

Music by Raghu Kunche is too good to be true. the background music in the film is the very intriguing only thing that gives chills.

The songs in the film are good but not great. The music director seemed careless about the lyrics.

Satyadev is the show-stealer in the film. Despite all the cinematography around him his skills and hard work is purely magical and commendable. The cop role suits up well on his sleeves and doesn’t overkill it.

Pooja Jhaveri and Roshini Prakash hardly had any role in the film but the aura around their roles is pungent. Srikanth Iyengar as constable turned out to be a one in a millennial artist and grabs the audience’s attention in this climax of the film. Dialogue delivery of Satya Dev and Srikanth Iyenger is hand in hand with the audacity that the cop role demands.

scripting can be done in a more creative manner with a good cast. The story can be made more engaging with the screenplay. The cameras all-around one character is something would be discouraged as the usage of the cast to full potentials is one f the cruces in the films. The direction in the second half is quite embarrassing as there is no mystery to unfold. The film lacks humor and lags a lot which is a deadly combo.

All in all, 47 Days is a worth watching eye-catchy movie to watch on lazy Wednesdays. Good story neat screenplay and well-written dialogues with the great Background score. 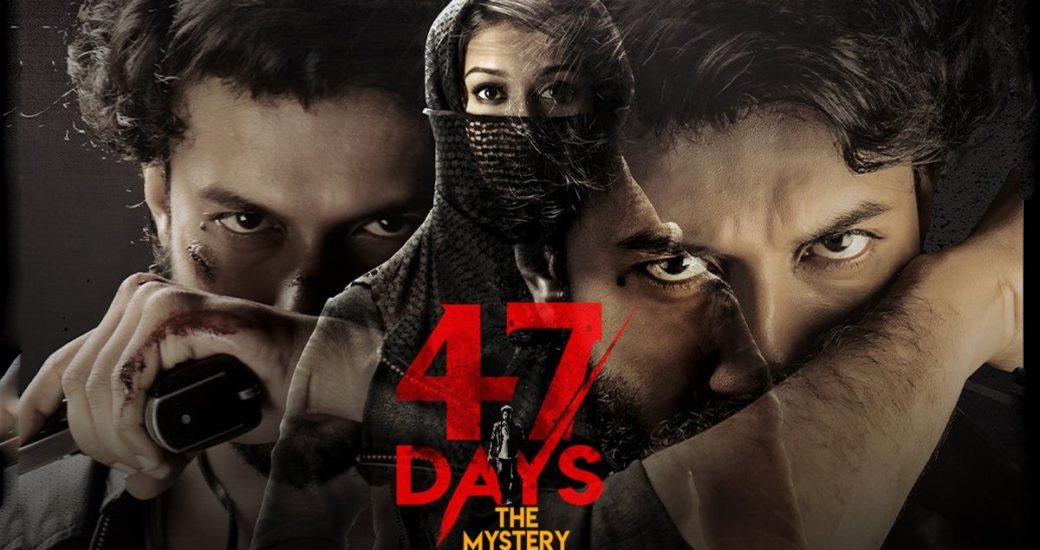