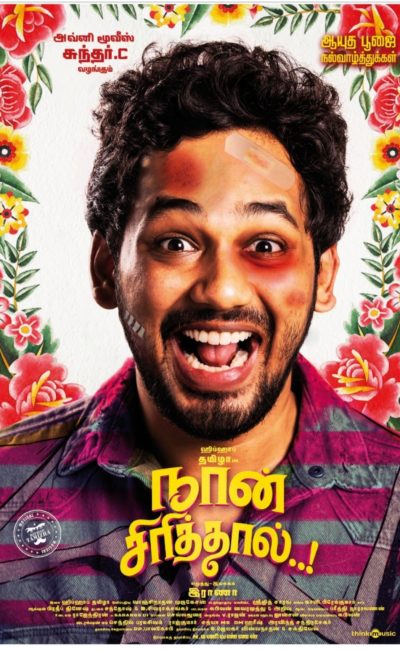 Naan Sirithal movie (If I laughed?) is a Tamil comedy-drama film, directed by Raana. Naan Sirithal story is entirely new to the Tamil film industry. Loss of graduation, job, and subsequently lady love as well, lands Gandhi in severe stress and mental break down. He suffers from pseudobulbar affect. The characteristic feature of it is the untimely and uncontrollable burst of laughter, triggered by negative situations. His efforts to impress his lover and her family only get worse with each attempt.

As the story progresses, he is caught in a crossfire between two arch-rival dons. The snare tightens as the duel involves a politician and a hard disk with secrets that can topple a Government. How he comes out with all these problems with a “smiling face”? Watch out for Naan Sirithal online on Zee5.

Naan Sirithal is a comedy script with a message. As the ancient sage Thiruvalluvar says “Smile when you are in distress”, the Naan Sirithal portrays the character Gandhi, who is following the same due to nervous system disorder. Emotionally incontinent Hiphop Thamizha Aadhi wields a boy next door charm and sporty smile throughout the film.

Iswarya Menon is a delight to watch but has a limited role to play. Their romance lacks chemistry. Break up and reunion does not look great. K.S. Ravikumar’s performance is a class apart. All other supportive characters have done great. Car swapping is the turning point of the movie and a well thought out move. But will a gangster identify his enemies based on such poor OTP concept? The Thala – that apathy part of comedy does not look nice.

The name swapping and marriage hall scenes are hilarious. Jallikkattu and Big Boss fame Maria Juliana makes a special entry. Hiphop Thamizha Aadhi has scored well with his music too. Naan Sirithal film songs are good to hear but you would not remember anything once you are done with the film.

A special mention must be made about Vanchinathan for his Cinematography and Sreejith Sarang for editing. As the director conveys the message through K.S. Ravikumar that Gandhi doesn’t need treatment for his nervous system disorder but he is already a smile millionaire. The only positive side of Naan Sirithal Tamil movie is a comedy and a one-time watch is a word for the film viewers. 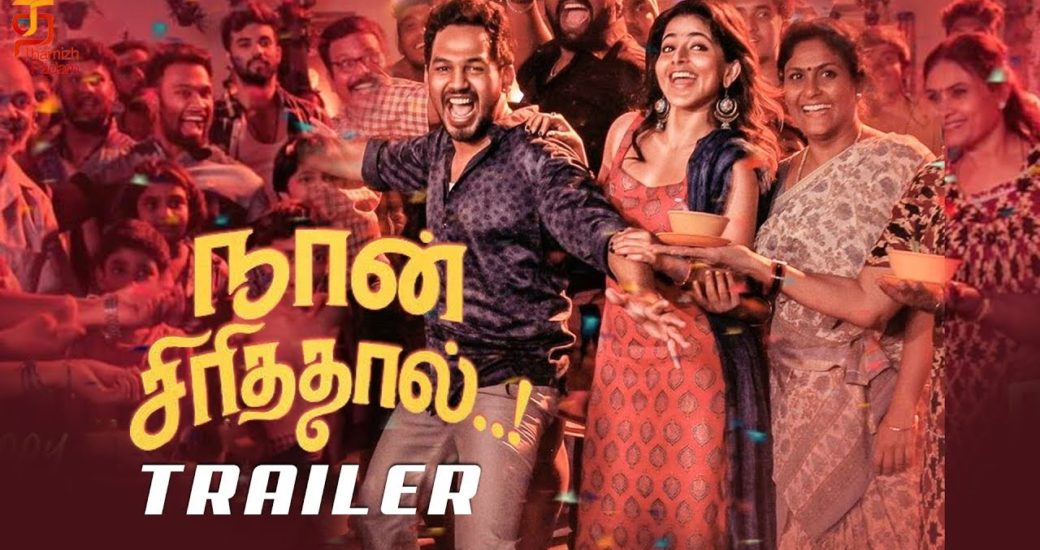