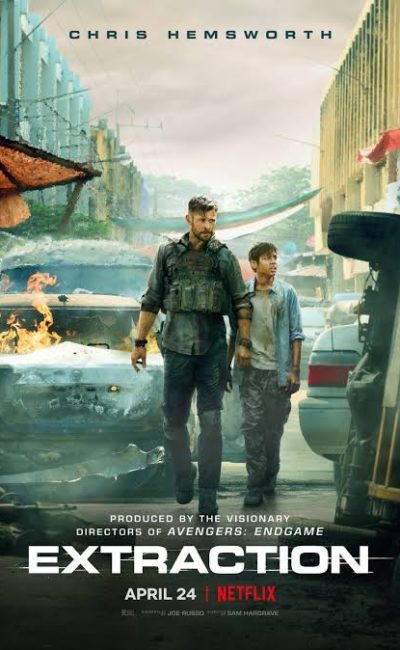 Ovi Mahajan Jr, son of the Indian drug lord Ovi Mahajan Sr(In prison), gets kidnapped by Amir Asif ( Crime lord in Bangladesh). Ovi Sr. orders his henchman Saju to get back his son from Dhaka. Nik hires a private black market mercenary Tyler and his team to rescue Ovi Jr.

All set by Tyler and his team to bring back Ovi Jr., but plot twists make sure that Saju does not make the payment, and the operation halts. Meanwhile, Asif puts all his force in finding Tyler and Ovi. Saju being an ex-military officer also hunches for Ovi Jr. Tyler gets ditched by his old-time friend, he then takes the help of Saju to rescue despite them being rivals initially.

Tyler distracts Asif’s troops and manages them meanwhile Saju tries to rescue Ovi Jr. Later Nik and her entire mercenary back up Tyler and Saju.

Extraction Movie Review: A typical Hollywood movie that has a Bollywood Plot

Chris Hemsworth Extraction initially called ‘Dhaka’, has disappointed fans in many ways. The movie has been directly released on Netflix on 24th without any theatre release. Extraction movie Netflix is shot in India and Bangladesh. Many praised the movie for the action stunts between Randeep and Chris Hemsworth.

Thor actor Chris Hemsworth has done a tremendous action-packed performance and his new look is striking. The stunning performance by Randeep Hooda is completely commendable and should be equally credited as Chris.

The script is completely predictable. Despite the huge production by Anthony Russo & Joe Russo (the Avenger’s directors) and some exceptional marketing, it is the direction that leaves a lot to be desired. A sphinx-like gush around the story has overtaken the action at parts. Director Sam Hargrave’s debut film is action-packed as this genre does not have much focus on the storyline.

The trauma around the Tyrels family is commendable and that made him save the kid.

The movie has completely elevated Chris’s performance, which is more discernible in these types of movies. The new character dwells well into his skin. Randeep Hooda has inscrutable action. Mirzapur fame Pankaj Tripathi was merely seen for few minutes on the screen. Rudraksha Jaiswal has done a good performance for his role and the action is justified. Others are outshined by the lead actors.

The producers said in an interview that Tyler in the movie is not yet dead and a sequel or prequel is more likely to be expected.

The scenes directed in Bangladesh miss logic as the complete police are controlled by Asif ( a drug lord, Gangster)? The logic seems an underrated word here. The movie pushes the leads to die, which is a typically bewildering ending for such an action film. The action gets reduced as the movie reaches climax. 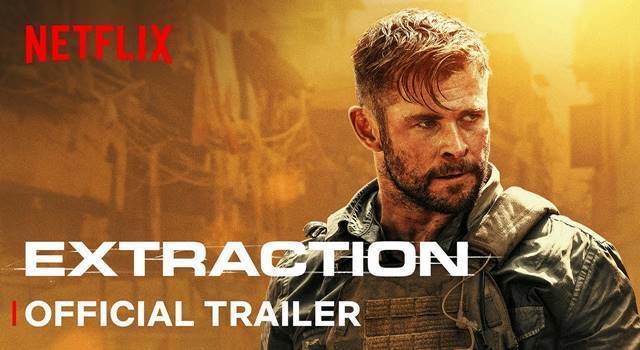