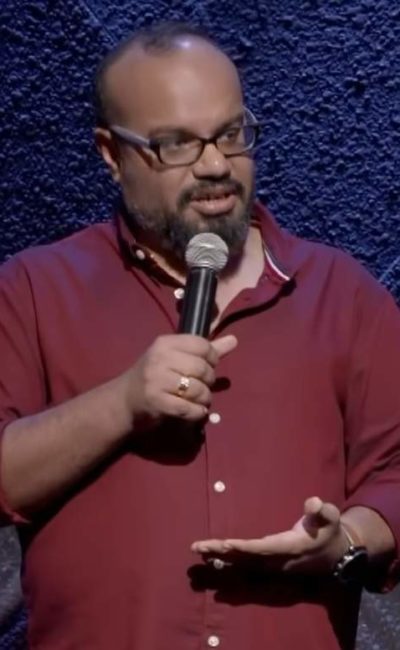 Laughter is great medicine. Nowadays people laugh rarely due to lifestyle and negativity. Making people laugh is a rare gift. That too for a long time is a boon. With this rare boon,  Standup Comedian Praveen Kumar makes use of it in this comedy show, Mr. Family Man. Standing in the podium for long hours, he makes everyone’s laughter nerve tickle. The disclaimer from Ms. Sanjana, daughter of Praveen Kumar, ignites light laughter. How can’t she be a little comedian? She is the daughter of a famous comedian, Praveen Kumar Mr Family Man.

He makes fun of his own appearance, bald head, pot belly, spectacles, and what more. It takes great guts to do this. Even in this most hilarious show, the important point is that he never makes fun of anyone other than himself. He breaks the myths of bespectacled guys in a most hilarious way.

The daily chores of life, family, shopping, and even rat hunt, he makes use of these everyday events to make the audience giggle in Mr. Family Man. His comedy touches every aspect of life. Comedian Praveen sees the normal routine indifferent life through the spectacles of comedy and shares with us. He often refers to his wife and Sanjana, his daughter, and how he becomes the object of comedy in their hands in Mr. Family Man Tamil.

How a middle-class husband’s life always is? Comedian Praveen reflects and presents with 100% comedy in Mr. Family Man Tamil standup special. Apartment, his neighbor “Robot Ramesh” and the football match and biryani dinner, all are absolutely hilarious. Wedding anniversary and the Laila Palace will bring tears in your eyes out of laughter.

Nothing escapes from his comedy scanner, traffic in Bengaluru, raising a single girl child, painting the house, torn sofa set, shopping, etc., Sanjana’s PTM and his standup comedy performance (or nonperformance?) in her school are fabulous. He has the great ability to convert even seeminglu negative situations into comedy. His mannerisms, actions and facial expressions too bring laughter among the crowd. Comedian Praveen also scores well with clear comedy.

Nowadays, there are too many things with a “Must watch” tag. You may wish to skip a must-watch crime thriller, a must-watch horror or even a must-watch a romance movie or a web series. But you cannot afford to lose a must-watch comedy show, Mr. Family Man on Amazon Prime.

All Standup Comedies on Pakaoo 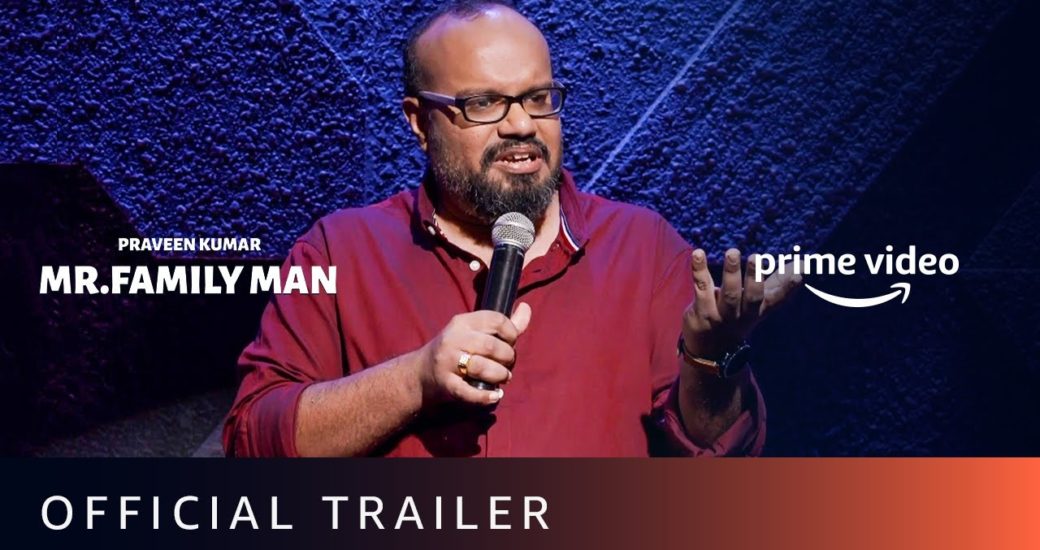