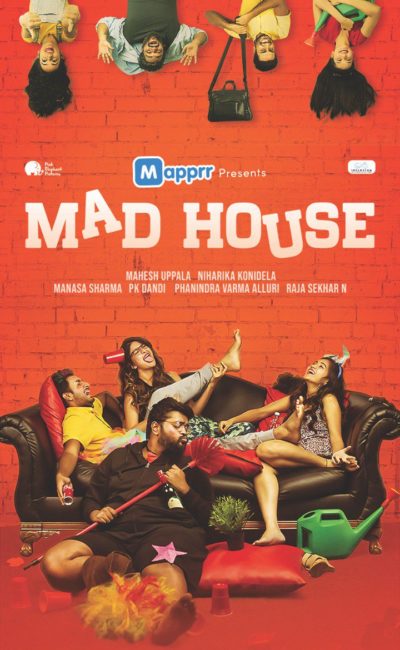 The writer Manasa Sharma has come up with this brilliant idea of Mad House Web Series, directed by Mahesh Uppala. Mad House stands apart from all the stereotypical shows of the Telugu Industry.

The concept seems similar to that of revolutionary sitcom F.R.I.E.N.D.S by James Burrows, but its natural regional dialect connects with the locals.

The show was still taking baby steps releasing its 14th episode on 31st January 2020, when this review was released on Pakaoo. Madhouse is a sharp, sophisticated comedy of 100 episodes”, tweeted producer Niharika Konidela. Niharika is none other than the niece of Mega Star Chiranjeevi Gaaru who is well known in Tollywood.

Mad House Web Series Telugu has its episodes varying from 10 to 15 minutes. It has its unique DoP and background score. The theme song connects with locals strongly with top-notch Lyrics. We can look at how they are always trapped in circumstances created by the characters around them. Each episode has a different story, linking some references from previous ones. It should connect well with youth as it touches the concept of friendship and love.

The length of each episode can be increased to 20 to 25 minutes to make it more realistic. In 10 to 15 mins one cannot expect much of a plot as it got an introduction song too.

The lead characters of this series still need to work on their dialogue delivery, timing and action. The female leads are giving their best expressions and dominance. Mad House Telugu Web Series still needs to work on the storyline and dialogues as its initial episodes are a little slow.

The series has received a large number of views and likes on YouTube. Chaaru’s character has improved a lot over time but the rest are in same expressionless state.

Overall, MadHouse Telugu Web Series is a really risky experiment that is made to reach out to the urban audience. Th binge-watch web series lovers would love to watch Mad House web series in Telugu if all the cons are taken care of.

The web series has too many fillers and it stopped releasing further episodes abruptly. It had released 16 episodes till April 26, 2020. Humor does build slowly across episodes, but the comedy does get repetitive.

The actors need to focus on their timing and expressions. The plot needs to be improvised to reach the episode count. The character Upendra can be the highlight if dialogues are written good enough. The marketing team can really make this web series a huge success in the Telugu Industry, which is in itself going through a transformative phase over OTT. 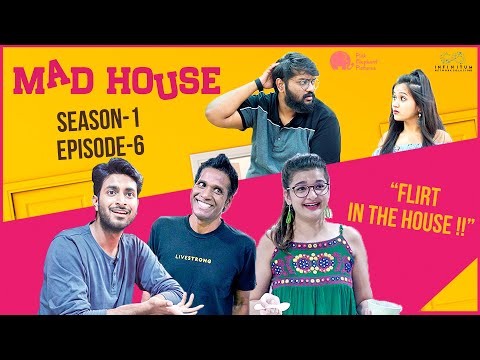 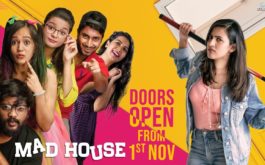