Zee5 Kaali web series season 2 is a sequel of thrill and action, emanating straight from in-depth love and in-depth annoyance. The story of revenge is crafted well, with necessary room for emotional outbreaks.

There is a membrane separating love from madness, and sometimes that membrane gets blown off by the tempest of circumstances. Initially, Kaali had no intention to stand as the state witness. But she was compelled to do so in order to get her slate wiped off and save her only child’s life. The script had its own twists and turns, crafted with expertise keeping in mind the dialect and diction and the breaking point of the elastic curve, that had to be different for each of the characters. Gelling well with the plot, the script nailed the series with not-so-catchy dialogues, but definitely a very good magnet to the backdrop of the story.

Paoli Dam’s performance turned new stones of all acting skills that deserve serious appreciation. Vidya Malvade is as awesome as always, through her little boosters of sarcasm, humour and action. Rahul Banerjee’s work is commendable as usual. Each and every modicum of emotions was portrayed with immense deftness with neat and clean delivery and movements. The cold stare and contemptuous expressions of Abhishek Banerjee as Jinliang add to the icing of the cake.

Nabarun Bose showed excellent skills in designing the music and background scores of Kaali Season 2. Where thrill and action are the prime ingredients, background score definitely acts as the principal spice.

Cinematography is the only area in this heart-rending series where a little more attention could have been given by Srijit Basu, the DOP of Kaali Season 2. Sumit Chowdhury’s sharp editing added to the dark flavour of the series.

Rohan Ghose, Korok Murmu, and Aritra Sen formed the one of the best teams as far as the directorial team of Kaali Season 2 is concerned. This Zee5 production can be considered one of the epitomes of perfect direction, infallible characterisation and above all a realistic approach to the entire plot.

The platter of crime dwelling in the alleys of Delhi, Mumbai and Kolkata has been brought forth in a very good way through immense passion and infinite deftness. But sparing SBO Aniket Banerjee was too kind an act for a character like Jinliang. This forceful preservation of the secondary protagonist of the series somewhere dragged it behind from winning the throne of the perfect crime thriller in the world of web series, at least for Zee5 originals.

Season 2 Kaali Web Series Story on Zee5 is a story of a single mother pushed to the corner to raise money for the operation of her only son. In her desperation, she loses sight of right from wrong. She gets entangled in a Drug Cartel and finds herself selling a consignment to raise money. Zee5 Kaali Season 2 explores the dark side of Kolkata’s underbelly.

The story of Zee5 web series Kaali 2 can be considered to be one of the most perfectly designed sequels as far as Bengali web series are concerned. Shooting up the thrill in the story with necessary flashbacks to the unseen stories of season 1, Kaali Season 2 is back with a bang of thrill—of much more intensity. The heart of a real mother ebbs out from her bosom and rests on her palm, where she goes to any possible extent to save her son, Sunny’s life, as portrayed in the first season.

With little help from her lover SBO Aniket Banerjee and under the forceful guidance of Joint Commissioner Sanatani, Kaali agreed to serves as the state witness against the drug king of Shanghai—Jinliang, unpopular for committing nearly 100 murders with no bounds to merciless violence.

Six months later, just when Kaali starts afresh at Ashok Nagar through a beauty parlour, witnessing the slow but steady recovery of Sunny, Jinliang’s men strike back on the way to his deportation by the Kolkata Police to the Vietnam Government. In spite of the intervention of DCP Manvi Gupta from the Central police force in the mission, SBO Aniket Banerjee had to let go of Jinliang with a penalty of his junior colleague Inspector Satyaki’s death, on hearing that Kaali has been kept as hostage with her son by one of Jinliang’s men in Ashok Nagar. The battle begins win Jinliang orders to get Kaali before him, for a face to face encounter after six months.

Kaali web series all episodes are available on Zee5 in the Hindi Language from 29th May 2020. In Bengali, Kaali Season 2 was released about a year ago and is available since. 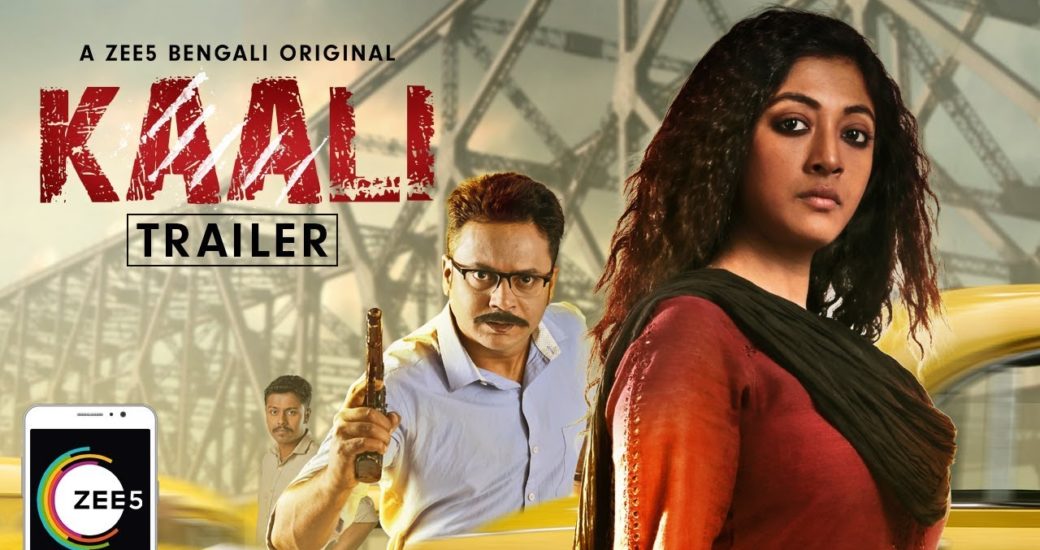 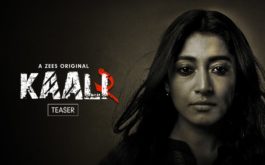