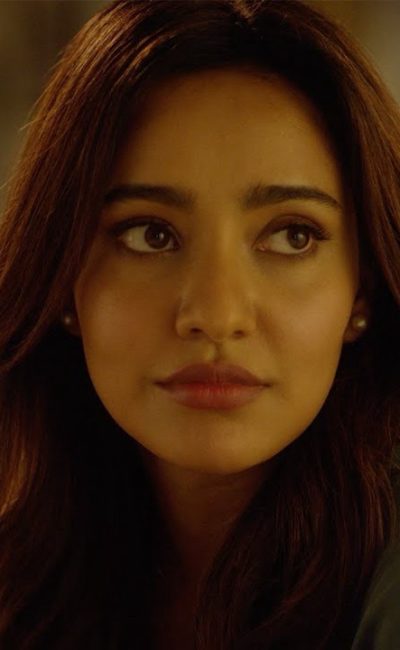 Illegal Web Series on Voot Select is a story detailing Professional and Personal Journey of Niharika Singh, a lawyer by profession, who comes of age and understands that to beat a topmost lawyer and attaining justice for her clients, she has to engage in tactics inside as well as outside the courtroom.

JJ (Piyush Misra) is a very senior Criminal Lawyer who engages Niharika after screening her for her ability to always tell a truth. Little does she know that JJ is a double-faced heart, and merely manipulates situations and people for his personal gains. His own wife suspects JJ of having a stalker on her, but JJ never admits.

Niharika has a personal previous history with JJ’s son, Akshay (Akshay Oberoi), also a lawyer, as they were in love before Akshay’s marriage. Niharika is handed 2 cases by JJ, one of Mehar, a woman who murdered her husband and in-laws and has been asking for capital punishment for more than 15 years, with Government rejecting her plea again and again for political reasons. The second one involves Neeraj Shekhawat ( Akshay’s childhood friend) a rape accused by Vartika Tripathi, a rich boy who hires JJ’s firm to absolve himself of the case against him.

Niharika slowly realizes the real face of JJ and learns to break or twist the law to let justice prevail eventually.

The web series is written by Reshu Nath, and Vikram Bhatt is its Creative Producer.

Illegal is an intelligent web series, but a predictable story. Many a Courtroom Dramas Feature Films have shown the light across Indian Legal System’s die-hard corruption and justice only favoring the elite, and hence the script the familiarity is a weak point. That too for the rape case, well, seen that, haven’t we?

Surprisingly though, it is the performances of lead characters like Piyush Misra and Neha Sharma which compel a viewer to watch the story which they more or less know how it will unfold.

The vile nature of JJ is subtely portrayed on screen and that’s the charm! Seasoned actor Piyush Mishra nails JJ and brings out the double-faced nature of his characters supremely well. Neha Sharma is believable both as the young apprentice learning the ropes of execution of law to a real case as well as her stronger, more enlightened self (mostly a Voice over to self) that she becomes after realizing at each step and unfolding a puzzle with critical doubt.   Dipak Tijori seemed super restrained. Perhaps it could loosen up a little. He was apologetic for his life choices but needed to show some more shades than just repentance.

The script is extremely foreseeable and the viewer is left hoping that something will perhaps not be taken across from a book or a previous film. Unfortunately, that is not to be. The viewer is made to realize that story’s novelty is not going to be a highpoint of this web series. Even the dialogues are typical, with little punches here or there. Slightly lower your expectation from a legal criminal courtroom drama on that front also.

Thankfully the director does not induce boredom thanks to his cast, once which viewer still wants to see enacting the old wine new bottle.  Editing of the Web Series is yet another good point as any laxity on that part and the story would have completely lost its way.  Across the 7 episodes, the editing is tight and keeps the viewer glued. The portrayal of the mileu of Indian Courtrooms is very realistic and shows the striking reality of our courts today.

Overall, the Web Series would have been served better with some strong and dramatic dialogues. The characterization is just right and serves the vision. Piyush Misra and Neha Sharma stand out with their performances and rest also play their parts rather convincingly. The director needed to utilize an actor like Sheeba Chaddha a bit more intelligently. Nonetheless, the series does seem to be set for a sequel already as there are loose ends, and viewers may expect a Season 2.

Illegal Series Voot highlights the legal strategies of the so-called entitled class to get the best lawyers to defend their culpable cases and getting away with twisting the truth, based on the expertise of the lawyers. How the justice is denied or delayed miserably, to support the spiraling careers of a few unethical lawyers!