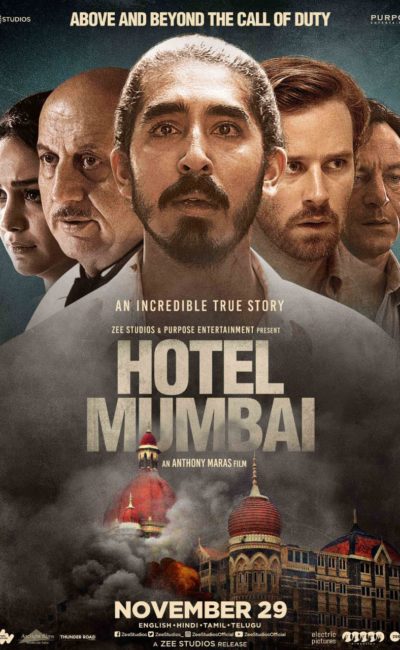 A re-enactment of events, as they unfolded on 26th November 2008, when 8 locations in Mumbai, including the Hotel Taj, was targeted by Lashkar- e-Taiba Terrorists. A major portion of the film revolves around the 10-hour siege inside the Taj Hotel when hundreds of terrified guests waited for Security Forces to arrive from New Delhi.

Unaware that terror was to strike Taj Mahal Hotel on a fateful night, Hotel waiter Arjun (Dev Patel) reports late for duty and without a shoe. His disciplinarian but kind manager Hemant Oberoi (Anupam Kher) disciplines him and also helps him with his shoes. For the Hotel, “Guest is God” and their service to them come before everything else, and not without a heart.

On a parallel track, are shown Hotel Guests. Zara is a British-Muslim heiress who is staying with her American husband and child at the hotel, with her nanny.

As the terror unfolds, Hotel Staff, esp Arjun, and Hemant Oberoi stay true to its policy of “Guest is God”, helping out panicked guests, informing them to stay in their rooms, aware that help is many hours away, strategizing best move to save the small group of guests they are protecting, escorting them to the Chambers Lounge, a hidden room within the premises, helping them out at the right times. Few Mumbai Police Officers, under-trained but with the right zeal, are also praise-worthy for their efforts in trying to save lives.

In the mayhem that unfolds, David is killed for his American origin, several guests are killed, and the terrorist’s plan to flame the entire Hotel and kill several innocent guests is foiled, barely in time by the entry of the Armed forces, which arrive from Delhi more than 6 hours after the siege.

The final script reveals that the real mastermind behind the attacks is still at large. The Hotel Taj Mumbai, whose name is unrevealed in course of the film but obvious, was re-opened within 1 month of the attack itself.

Since the film is based on such strongly remembered dark days of Indian History, it is imperative to state with utmost sincerity the true events that inspired this Film have been neatly dealt with, by the Director.

The story does justice to the bravery of the Taj crew for whom, “ Guest is God” policy led to their sacrifice of life, at the hands of the terrorists.  In a few excerpts, the brainwash of the young boys ( terrorists) also points to the pain with which they turn into such heartless criminals.

Extreme hatred for the USA and other First World countries is yet another point stressed in this Film. Protecting one’s close family and poor judgment in panic ( A Guest calling Media and letting away coordinates of hiding people) is yet another area brought out in the Film. Evolved Portrayals as Head Chef (Anupam Kher) and a Service Boy (Dev Patel), are both subtly enacted and fairly projected. Indeed, the bravery shown by the Taj staff saved hundreds of lives and will never be forgotten in Indian History. 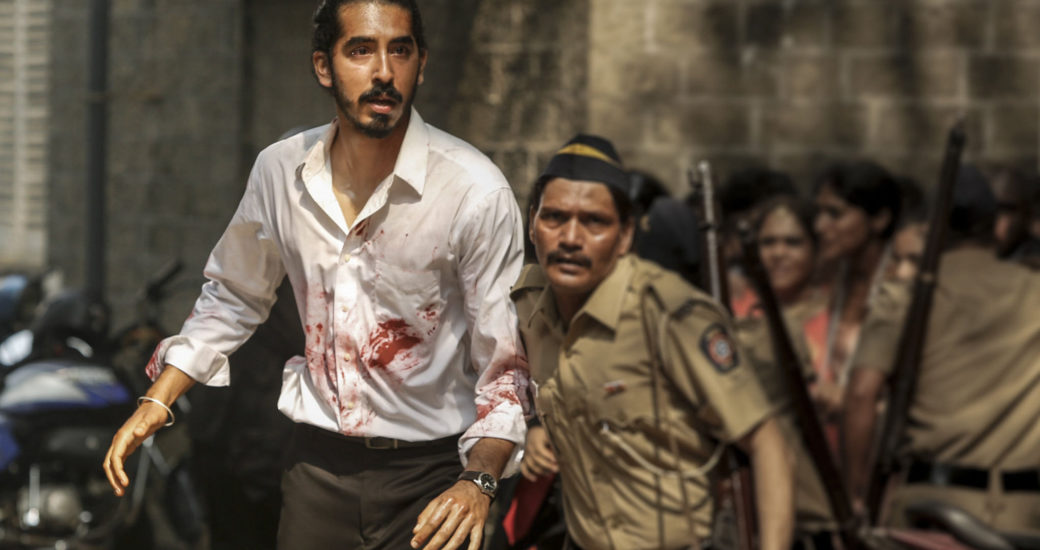