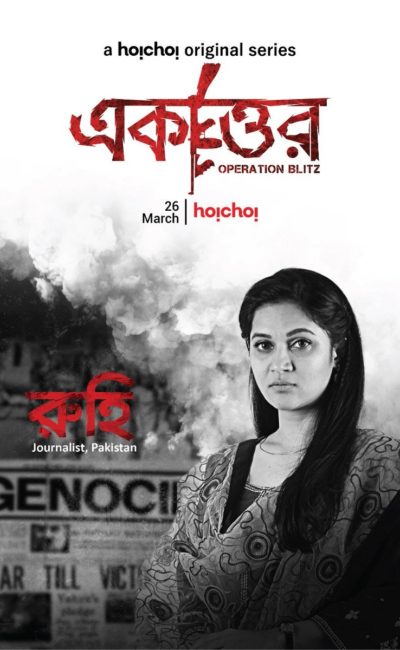 The story of the Hoichoi web series Ekattor talks about a dark subject in the history of Bangladeshi freedom struggle -Operation Blitz, later renamed as Operation Searchlight. This takes us back to the year 1971, when there was a turmoil between West Pakistan (Pakistan, now) and East Pakistan (Bangladesh, now).

Tikka Khan, unpopular as the Butcher of Baluchistan, was not in favor of getting East Pakistan under the control of Sheikh Mujibur Rahman, a prominent leader of the Bengalis of East Pakistan. So he proposed a secret mission to the Pakistani Government named Operation Blitz, where thousands of civilians will be shot at sight by the army including some efficient leaders from Sheikh Mujibur’s party, activists from universities and of course the most important backbone of the entire freedom struggle—the common mass.

This mission was led by Major Wasim, the man topping the list of officers in the good book of Tikka Khan for being effortlessly ruthless. All Bengali officers got transferred from East to West Pakistan in a very short period of time.

In this backdrop of blood, crime and revolution, Salim, a gang leader of unsocial activities fall in love with Jayita, the younger sister of Captain Shiraj, a Bengali army officer who was brutally killed by Wasim as he tried to inform the revolutionaries about the details of Operation Blitz. The end of the series marks the death of both the army personnel and the common mass (in huge numbers).

Finally, Salim manages to kill Major Wasim before he dies in the army firings after discovering the death of Jayita in the same operation. Ekattor web series release date on Hoichoi is on March 26, 2020, marking the Independence Day of Bangladesh.

Bangladeshi freedom struggle is a topic of seldom discussion, at least in India. It is undoubtedly a great attempt to recreate a very small fragment of the struggle in Ekattor.

The script of Ekattor was more of a compact one than being beating around the bush. The length of each episode was not more than 20 minutes (at a maximum). Ekattor is a 160 minutes roller coaster of crime and thriller, well packed with appropriate dialect and swift change of events. However, the background of the central characters, especially Major Wasim could have been sculpted out with more well-defined edges.

With a huge chunk of the series completely dependent on the storyline and the political scenario of contemporary Pakistan, there is not much to talk about the acting skills. Almost all of the starring members played their part quite well. However, Iresh Zaker for Major Wasim, Rafiath Rashid Mithila for Ruhi (journalist) and Nusrat Imrose Tisha for Jayita, deserve special mention as far acting is concerned. Dialogue throw was quite commendable for all characters.

Background scores in Ekattor fail to get a thumbs up. Considering the subject and scope of the script, it could have been much better.

The cinematography in a series like Ekattor was not up to the mark. Saleh Sobhan Auneem could have worked a little more towards the special effects of the film. The silent night on the day of the operation, the sequence where Salim and Jayita were chased—these scenes deserved a little more attention than it got from the designing team. Robin Khan (Filkon) played the role of a very sharp and strict editor. The scenes were extremely well-bound with no scope of wasting time on anything that is irrelevant.

Tanim Noor as a director envisioned Ekattor as a “to the point” work where the subject was the main target, and every character just had to achieve that target. But having an unbiased view of the series, it can be perceived as a long lane where the target is Bangladeshi freedom struggle and some characters are fighting for it while some are opposing it. But these characters appear to be suspended from somewhere with an invisible string. A little more insight into the background of the characters could have brought out Ekattor as one of the best web series as far as its genre is concerned. 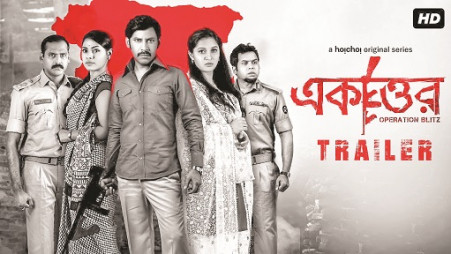