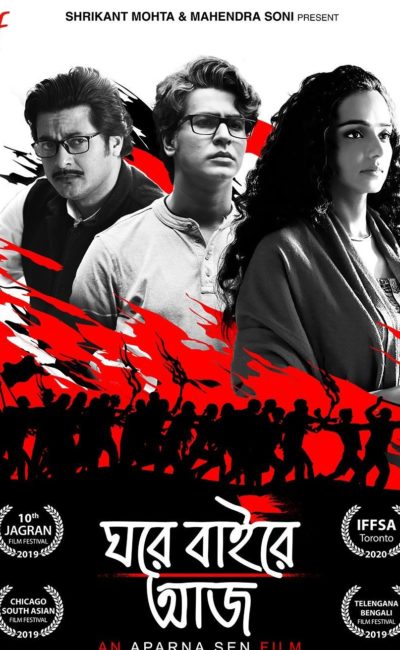 Ghawrey Bairey Aaj is a Socio-Political Drama, layered with an extramarital proclivity and ideological differences. It bids on the Life at Home and the Society around us and captures the essence well. The film is directed by Aparna Sen and released on November 15, 2019, on Amazon Prime. This movie is a tribute to Social-Liberalism (western) in Indian Society and the slain rationalist.

This Bengali movie starts with the character ‘Brinda’. She is a Dalit orphan from Jharia, who comes home for taking care of Nikhilesh’s mother. Nikhilesh is the editor of a liberal magazine, an Oxford-educated gentleman. Bimala who later grows up to become Brinda is also well-educated by Nikhilesh’s family. After the marriage, their love slowly blooms and then Sandip, who is the best friend of Nikhilesh, enters. He is charismatic and a brilliant orator sweeps Brinda off her feet.

Ghawre Bairey Aaj movie revolves around the friendship between Sandip Jha and Nikhilesh Choudhury. Despite ideological differences, their friendship survives and thrives its natural camaraderie, until an attraction starts to develop between Bimala, Nikhilesh’s wife and Sandip.

Bimala’s character makes the film a different melodrama. Her love for Nikhilesh (husband) and then Sandip (lover) is the center of attraction in this movie.

The director directs this movie as a tribute to Social Liberalism (western) in Indian Society and the slain rationalist. She also deals with a clash between Sandip’s Realpolitik and Nikhilesh’s Socialist ideology.

Sandip is shown to be a Maoist Sympathiser, turned rightist politician. In one of the scenes, he is shown questioning Nikhilesh, a liberal journalist “ Aam Janata secularism mene neye ki?”. To this Nikhilesh answers that his thoughts do not matter. Aparna Sen, through the characters of Nikhilesh and Sandip, tries to broach and answer a rather sensitive topic of today’s times – Do people of India ‘really’ want secularism? Is majoritarianism ruling not just our National agenda at the political core, but our minds as well? She also focuses on the existence of tribes of Govind Pansare, Gauri Lankesh, MM Kulburgi in India and the movie is the tribute to the slain rationalist.

However, she provides the modern twist by creating a crisis contemporary of the love triangle. However, too much emotional intensity of love triangle among Sandip, Bimala, and Nikhilesh makes this drama fall short.

In parts across the film, the viewers can understand current Indian politics vis a vis mob lynching incident and religious shrine disputed land. Towards the end of the movie, viewers will observe the political and ideological clash, instead of the intricate love story.

Aparna Sen is not dealing with the Indian sectarianism for the first time, but Ghawre Bairey Aaj is not one of her best. The social commentary of this film is the same, but spectators will not get her magic touch which they are used to, from her other movies. Even the social commentary sometimes fades out in a similar tone of ‘armchair socialism’.

In Ghawre Bairey Aaj the central character is Brinda. In her style, Tuhina’s performance is fantastic. From the pampered wife of the coy lover to become a guilty partner, Tuhina is quite convincing. Her husband Nikhilesh’s character played by Anirban is also well-convincing. Jisshu Sengupta’s character of Sandip is average in his performance. Anjan Dutt and Amulya Dutt (Rwitobroto) both deliver a convincing performance in this movie.

Ghawrey Bairey Aaj is a onetime watch movie for the spectators. With Sandip’s suave character, the director shows the increase of populism in India. Her pedantic focus on teaching the fairness of Indian Society about social liberalism, loses the mark several times along the way. 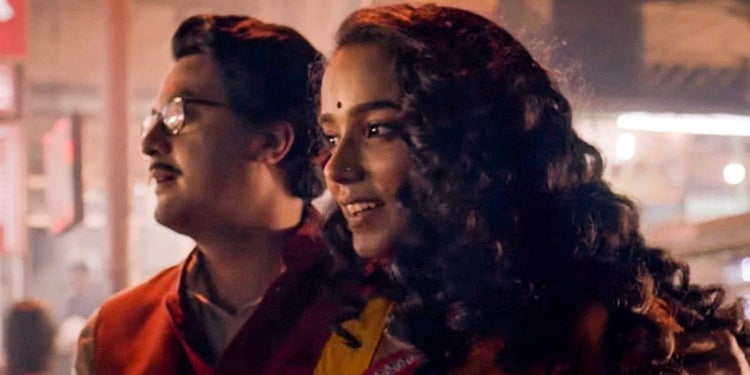