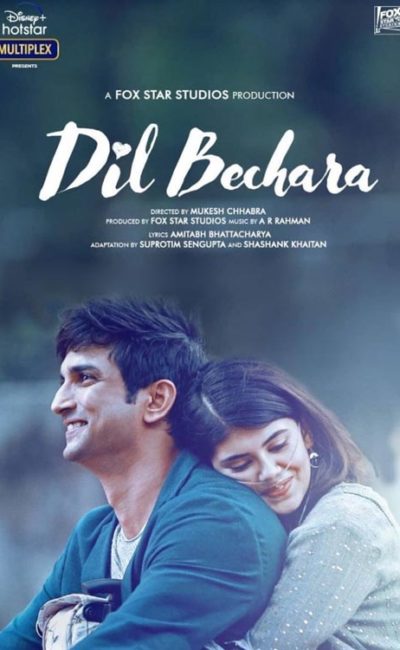 Watching Dil Bechara movie online was a long craving for many viewers, especially the ardent fans of Late Sushant Singh Rajput. The movie is based on the best-selling novel “The Fault in our Stars” by John Green. Imanuel Rajput Junior aka Manny is a sufferer of Osteosarcoma and Kizie Basu is a sufferer of thyroid cancer—the male and female protagonists of the film respectively. Kizie dreams of meeting her dream musician Abhimanyu Veer, and Manny takes her to Paris along with her mother. While Kizie remained to be a self-complainer of the misery of a cancer patient, Manny drove into her life with the spirit of joy, with the spree of living life and eventually, Kizie gains her reason to live. After coming back from Paris, Manny’s condition worsened. Due to the rapid spreading of infection, he became so ill that Kizie had to shift him to the hospital right from a cinema hall. After a few days, Kizie and JP, the best friend of Manny, were called in a church, for Manny wanted a preview of the speeches of Kizie and JP at his farewell. JP was another survivor of glaucoma, who had lost both of his eyes after an operation. The character of JP is brief, but it spices up the caramel story of Dil Bechara movie.

Dil Bechara is a not a story of struggle; it is a tale of life, and the reason to live.

The script of Dil Bechara movie Sushant Singh stands out to be one of the finely made scripts of contemporary films. But the primary essence of the film is rests on the narrative of the film. Every sentence of the narrative carried the flavour of the contemporary society, in which the youth of today’s India can actually relate to it. The soul aim of the script of Dil Bechara is to portray reality—when many contemporary Bollywood productions focus on the commercialization of a sugar candy love story with hundreds of background dancers and unreal change of locations, Dil Bechara is a platter of pain, agony and separation delivered with the topping of good music and garnished with the condensation of emotional outbreaks. Dialogue framing is also quite good as far as the characters are concerned.

The performance of Sushant Singh Rajput lifts up the overall performance in such a way that there is no scope of criticism regarding acting. Sanjana Sanghi ruled the screen as a debut performer. Her work reflected the glory of method acting in a very big way. The characters of Kizie’s parents were also enacted very well by Saswata Chatterjee and Swastika Mukherjee. While Swastika Mukherjee delivered the character initially with a lot of hyperactive flavour, noticing and controlling each and every movement of her daughter in a good way, the character picked up a new colour as things progressed. The real hue of the heart of an Indian mother, with Bengal in its core, came out with elegance in Paris. This happened probably because Kizie’s life did not have a lot to hold. On the other hand, Saswata Chatterjee delineated the character of a father whose daughter would be gone any day—a father who teaches his daughter the steps of a grand ball, a father who treats his daughter’s lover with beer and takes interest in understanding the love he has for Kizie. Apart from the protagonists, Saswata Chatterjee’s excellent delivery reflects through his smile, his painful eyes and his placid expressions, especially when the family gathers to celebrate Sushant’s memoire.

When AR Rahman is the music director, there is perhaps not a single scope of criticizing the background score or the music. But as far as Dil Bechara was concerned, there were places where music became the other name for monochrome. The music had the flavour of a serene agony, the agony that was too tantalizing to feel.

Cinematography by Satyajit Pandey could have been a little more vivid and detailed. For the shots in Paris, it was fine. But the shots in India, things could have been a little more lucid. The sharp editing skills of Veenu Bhushan, Sajith Rajendran and Zayeemuddin gave a different angle to the film undoubtedly, but it lacked binding. Certain places lacked the touch of consistency, thereby affecting the overall presentation to a good extent.

Mukesh Chhabra’s work as a debut director is undoubtedly worth of  appreciation. His way of defining the characters is noteworthy. But the screenplay of Dil Bechara was quite shallow. There was scope for good cinematographic moments, but they were not adequately utilised. Direction could have been a little more minute. However, as a debut project Dil Bechara full movie is worthy of immense appreciation with little room for improvement. 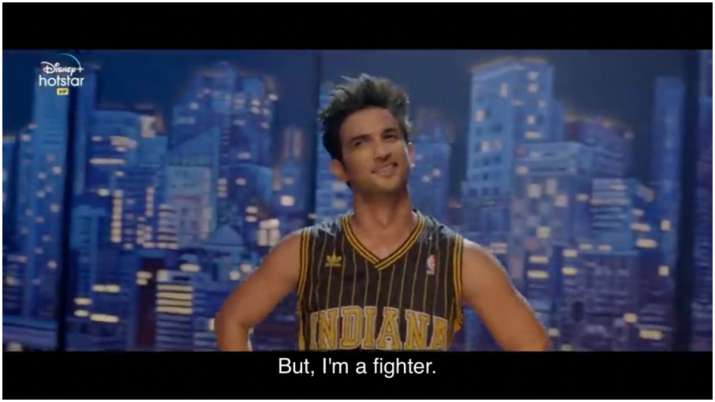