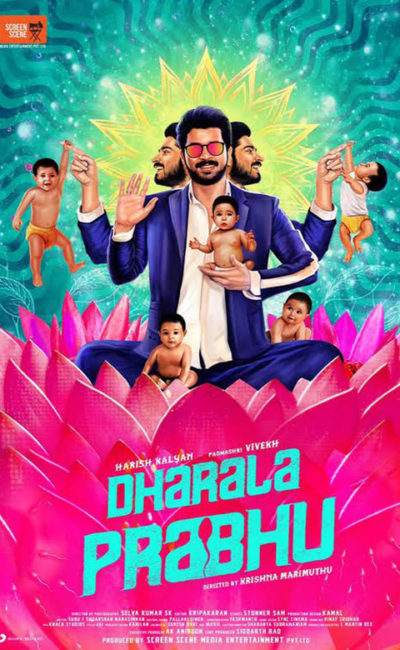 Dharala Prabhu Amazon Prime is a Tamil romantic family drama film, directed by Krishna Marimuthu. Dharala Prabhu means “The magnanimous one” in Tamil. It is indeed a remake of the famous Bollywood film, Vicky Donor. Prabhu is a football player. Having lost his father at a tender age, he is brought up by Vanathi, his mother and Kundhavai, his grandmother.

They have a small beauty parlor and sale point for their homemade Ayurveda products. He is striving hard to carve a niche in his career through sports quota. Kalpana is his neighbor and childhood friend. He is supported by his coach Manojkumar.

Dr. Kannadasan Meiyappan is a low-key fertility expert, searching for a suitable sperm donor, as his previous attempts fail. He finds out that Prabhu will meet his standards. He tries his best to convince Prabhu for sperm donation without success.

Grief-stricken by the sad demise of Manojkumar’s wife, Prabhu is moved by knowing that his coach is unable to father a child, the last wish of his wife. So Prabhu decides to volunteer for sperm donation, not for money, but as a service to help childless families. But Dr. Kannadasan Meiyappan insists him to get paid. Prabhu makes good earnings out of it and enjoys his life.

Prabhu comes across Nidhi Mandhanna, a divorcee, from Karnataka. They fall in love. Prabhu hides the fact that he is a sperm donor to avoid embarrassment. As an act of penitence, Dr. Kannadasan helps Prabhu to get his dream job and convinces the reluctant parents of both sides and arranges their wedding.

After the wedding, they come to know that Nidhi cannot mother a child to their shock and dismay. They decide to adopt a child. They adopt Kavya, a child who lost her parents in a car accident, actually, sperm-donated by none other than Prabhu. Owing to an income tax raid, Nidhi comes to know that Prabhu was a sperm donor.

As the news spreads Prabhu is seen as an object of disgust. Nidhi leaves him. Will they unite? What will be the future of Kavya, the innocent cute child? What Dr. Kannadasan is planning to do? Dharala Prabhu full movie is available in Amazon Prime. Watch out for Dharala Prabhu Amazon prime.

Dharala Prabhu movie is a new concept to the Tamil film industry. Though the original Hindi Film, Vicky Donor was released in the year 2012, it took almost eight years for that movie to be remade in Tamil. So, comparisons between the original and remake versions are inevitable.

The cast and crew have put their best effort to retain the script’s originality and regional identity at the same time. Harish Kalyan looks good and is excelling in his acting skills day by day. He nicely portrays a fatherless son, his lonely effort to score a goal and gets a decent job with his sports quota and to marry the girl, he loves.

Tanya Hope has given a promising performance. The scene in which she makes a poetic proposal to her lover is worth a mention. She expresses disgust, anger, loneliness and affection in apt grades. Vivek has done a commendable performance as the fertility expert. Indeed, he shoulders the burden of the entire film and also the emotional load of all characters.

Even when Prabhu underplays Dr. Kannadasan, he comes back and wins the heart of the audience with his timely comedies and demeanor. His character, named after the legendary lyricist-poet Kannadasan, sings situational songs and breaks the ice.

All actors have acted well. The kid, Kavya, steals the show with her cute and innocent looks. It is an irony that when Prabhu donates his sperms to childless couples, Nidhi is reluctant for surrogacy. Always initial-opposing Vanathi objects to the idea of adopting a child.

The movie tries to remove the social taboos and stigmas attached to infertility, sperm donation, surrogacy, and adoption issues by using science as a tool. Kudos to the Dharala Prabhu team for making a good effort to bring the much-accoladed movie Vicky Donor in Tamil. Do not miss to watch Dharala Prabhu movie online on Amazon Prime. 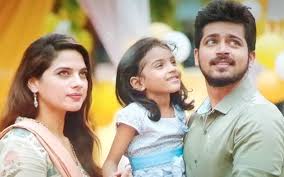