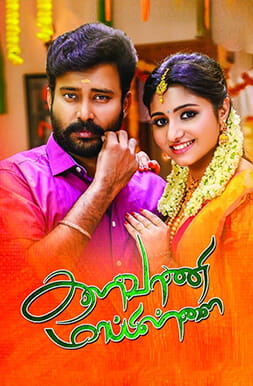 Kalavani Mappillai (Thievish son in law) is a romantic comedy film, which released on Zee5 on April 1, 2020. It is directed by Gandhi Manivasagam.  Deva is a village youth, who doesn’t know either four/ two-wheeler driving. He falls in love with Thulasi, daughter of Rajeswari, a millionaire.

Rajeswari wants her son in law to be good at driving. Deva and Villangam are arch-rivals since childhood. Vanangamoodi joins force with Villangam to thwart Deva’s attempt to marry Thulasi. Will Deva marry Thulasi?  Watch Kalavani Mappillai movie online on Zee5.

Kalavani Mappillai is produced by Raaja Pushpa Pictures. The story, screenplay, and direction is by Gandhi Manivasakam. Cinematography is by Saravanan Abimanyu. Music is by N.R.Ragunandan.

Barring few, almost the entire crew might have done better in Kalavani Mappillai. The problem is the weak script. There are huge flaws in the script. The reason for youth not knowing driving is not convincing. The romantic scenes are lacking in chemistry and emotional drive.

Why Deva did not know driving? Why didn’t he join a driving school? Why he did not return the car? Why he parked it in the same house where marital functions are going on? Why Thulasi’s father changed his mind? You can go on asking so many Whys without an answer.

The sad part is that the characters fail to evoke us to laugh. Manobala’s scenes remind us of the same scenes from so many previous movies. He is such a good actor but wasted in this movie. Devayani is introduced as a stern millionaire, reduced to a lackluster lady finally.

Anandaraj could have been used in a better way. Naan Kadavul Rajendran is nowadays stereotypically portrayed as a drunkard with a history of his wife eloping with some other guy in so many movies. Dinesh has disappointed us with his performance. Adhiti Menon has done her part with enthusiasm. But her character is lacking in detail whether she is studying veterinary assistant or a doctor or any other graduate.

Villangam is not certain about his role – a comedian or a villain. The scenes are boring. The fight scene seems very much inserted and needless. The director has forcefully followed the typical Kollywood formula of one fight, two songs, and some comedy scenes. But none looks good and appealing. Finally, we can’t escape from the feeling that we were taken for a ride after watching Kalavani Mappillai in Zee5. 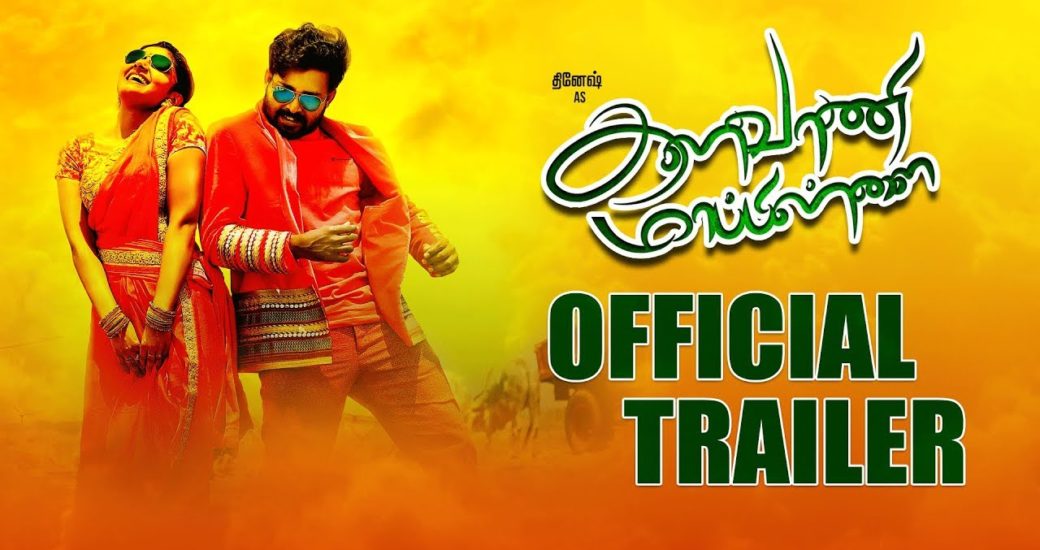