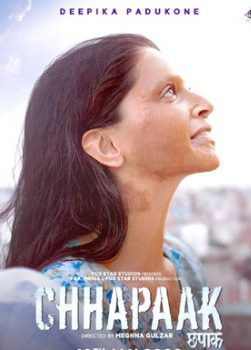 Based on the real-life of Acid Attack Survivors like Laxmi Agarwal, Chhapak chronicles Malti’s ( Deepika Padukone) fight for justice, her journey of acceptance of her new face and zest to rebuild her life. More importantly, the Movie tackles the larger Social issue of freedom of women to study or advance themselves and free availability of Acid in the Market.

Chhapaak full movie is available on Hotstar since March 6, 2020. Meghna Gulzar and Deepika Padukone come together to produce a social film on the topic of Acid Attacks in India. While the victim’s trauma is depicted in its entirety in this film, the larger issue of easy availability of Acid in Kirana shops is also raised.

Malti, a 19-year-old, with an entire life ahead of her, is thrown Acid to disfigure her face. The perpetrators of the crime are a besotted stalker (for unrequited attention) and his sister in law. In a fit of rage, they committed the crime and just in a splash, her entire life comes tumbling down. Seven surgeries follow court dates for bringing the criminals to book, the agony of seeing them move on with their lives while Malti is still recovering physically, emotionally. The financial burden on the family.

To top it all, the whole trauma of accepting a disfigured face, no ears to hang even the simplest of ornaments, difficulty in getting a desirable job due to her looks are some of the heart-wrenching experiences that Malti undergoes.

Her fight for justice does not stop at punishment for her perpetrators. She also files a PIL regarding a ban on acid sale in Indian Kirana Shops. Due to her courage and determination, she secures a regulation on Acid Sale i.e all Acid sold in the country will need to be accounted for, by the sellers. Whether it is the factories, dealers or Kirana Shops – the buyer’s coordinates will need to be registered.

She also joins an NGO, which works for Acid Attack Survivor welfare. There she meets Vikrant Massey, a journalist and an Activist working in this space. Over time, working together, they fall in love.

While the topic itself is both biographical as well as socially relevant, accomplished commercial actors like Dipika Padukone aligning their voice with this cause is commendable. It is difficult to imagine the ordeal of an acid attack survivor, both physically or mentally.

Dipika Padukone captures the pain of the victim very well and brings it alive on screen. Her straight-forward and nondramatic portrayal of multi’s character keeps the realism and seriousness around the issue alive. At no stage does the movie become pedantic. It remains in the realm of being factual, with realism around it. The social ostracism that a survivor has to face, for no fault of hers is also brought out well. The courtroom portrayal of most acid attack victims being positively oriented women who wished to rise and grow in life, in a predominantly patriarchal society.

Chhapaak is an important Film. A social issue of misogyny meeting crime.

Chhapaak Movie Songs are mostly tracks on courage and bravery that Malti ( Deepika Padukone’s) character endures. Khulna Do is particularly encouraging. Nok Jhonk is a song full of life and little things. 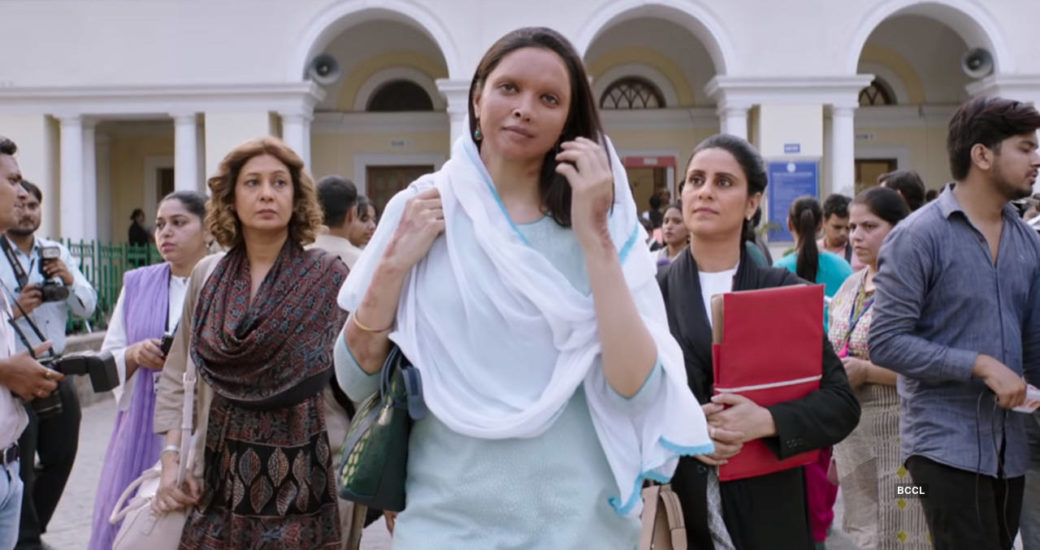