Breathe Season 2 Amazon Prime is a psychological crime thriller with a superlative star cast led by Abhishek Bachhan and Amit Sadh. A girl child, Siya is kidnapped. The kidnapper wants murders to be committed by the father, with strange add on demands. Thus ensues a riveting scheme of events in which the psychologist’s father creates situations to fulfill the kidnapper’s wishes. All for the love of his family!

The story of Breathe Season 2 Amazon Prime web series is basically a watertight psycho-thriller. However, for a production of such magnanimity, a one-liner is not just enough. Dr. Avinash Sabharwal is a renowned psychiatrist with a prolific chef as his wife, Aabha.  The couple is blessed with a 6-year-old daughter, Siya.

From a friend’s birthday party, Siya gets abducted. And just before that, a medical student, Gayatri also gets kidnapped by the same person. This was done because Siya was a juvenile diabetic requiring 4 shots of insulin per day. Even after vigorous efforts by the crime branch of Delhi, no one is able to reach the kidnapper.

9 months later, the man voluntarily contacts Avinash and Aabha and compels them to kill a man named Pritpal Singh so that they can get back Siya. But he has some weird conditions.

He wants anger to be the cause of Pritpal’s death. When Avinash manages to do the first murder, the second one comes in line. A homosexual lady is a next victim—the cause behind her death should be lust.

Soon, Avinash finds that the kidnapper wants the 10 vices of Ravan, the most powerful villain of the Indian mythology, to be the causes of death of his upcoming victims. These 10 vices are—anger, lust, fear, ego, selfishness, attachment, delusion, betrayal, pride, and insensitivity.

In the meantime, Inspector Kabir Sawant and Sub-Inspector Prakash Kamble get posted to Delhi. Kabir has 6-month imprisonment for not being careful enough in a deadly investigation. Apparently, due to his carelessness, a girl called Meghna meets with a huge fall from the terrace of a hotel and gets paralysed. After coping with the accident, she shifts to Delhi and hence Kabir decides to get posted to Delhi from Mumbai. Kabir and Prakash are the only characters that follow from Breathe (2018) to Breathe: Into the Shadows.

Breathe Hindi Web Series is partly a well-researched project and partly taken too far with imagination.

The script of Breathe Web Series has got a lot of good substance. It is eventful and informative at the same time. Dialogues are well-framed and very crisp. The script doesn’t involve too much of blabbering and is not bluntly silent at the same time. In other words, it has got a perfect balance.

Abhishek Bachchan is as good as he can be. With zero mannerism and even a wisp of over delivery, he stands as perfect a blend, as the script itself. He is an iceman at places, and at some, he is as good as a complete ball of fire.

Nithya Menen’s contribution is equally indelible as far as the acting skills are concerned in the series.  Amit Sadh and Hrishikesh Joshi were outstanding in bringing out the pressure of detection in a plain and simple way. Ivana Kaur has also delivered quite well as a child actor.

Music: Background scores have played a very important role in Breathe Season 2 Amazon Prime. This series has shown that good music can actually bring out the real color of the situations. Alokananda Dasgupta and Karan Kulkarni undoubtedly did a very good job of leading the music team of Breathe Into the Shadows.

The Cinematography of Breathe Web Series particularly was amazing with S. Bharathwaj as the director of photography. Sumeet Kotian as the editor also does a fairly good job.

Direction: Coming to the most important aspect of this series, the direction. Mayank Sharma undoubtedly did a great job. He did pay good attention to minute details. A person with Multiple Personality Disorder can become a psychiatrist, the video clip displayed by media will have a blurry image but not the ones shown to the police officers in the conference hall—everything was portrayed well.

However, there are some broader aspects that lacked in the direction. From the birthday party scenario, it was very predictable with the background scores that something bad is going to happen. Moreover, Avinash was a psychiatrist and not a forensic doctor.

It is very unnatural of the crime branch to allow his presence at the crime scene. In addition to that, despite being a doctor, he had certificates framed in his clinic, but nowhere he was addressed as Dr. Avinash or Dr. Sabharwal. If the clinic belonged to him, there was no need for him to go and check the details of his patients at midnight when no one would be around. Apart from these minor glitches, Breathe: Into the Shadows has all capabilities to stand as one of the best series on Amazon Prime Video. 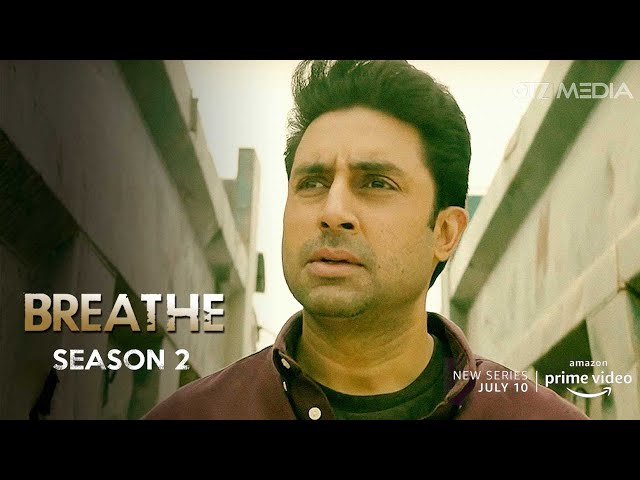 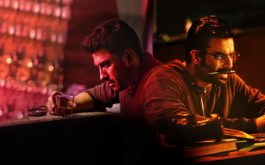