Betaal Web Series is one of the best web series released in a few weeks. The director Patrick Graham, has done a tremendous job while narrating the story. The sphinx-like aura created around the curse in the series intrigues one’s anxiety to binge-watch. The narrative style of the director in portraying the dark side of the world is colossal and creative.

The cinematography of the Betaal Web Series is well explicable for successful narration. Locations and background settings in the series contribute no less in depicting the series’ exactitude. The crux of the series is direction and production, which avails the quick interpolation of an age-old curse to initiate zombies.

Betaal web series is available on Netflix across four episodes streaming with 50 mins each.

Vineeth Kumar Singh, who played a crucial role in Bard of Blood, has now pulled off a magnificent job in Betaal. The character of Vikram Sirohi deeply engrosses into the skin of Vineeth. The dialogue delivery and intriguing acting skills are the pillars of his performance. His experience in portraying vivid roles is absolutely fascinating.

Aahana Kumra and Suchithra Pillai gave good performances as army officers who are bound to duty. Their roles excite goosebumps throughout the series. One keeps looking for them on screen. Sidharth Menon, Jitendra Joshi, and Jatin Goswami embellish the series with their roles.

The well-chosen Betaal Netflix Cast and dialogues make the series great to watch.

The highlight is the narration by the director Patrick Graham. One cannot get away without binge-watching it. Vineet Kumar Singh’s performance glues the viewer.

The background music is the same as of every horror and thriller series/ films.  It does not exactly match the expectations and keeps one wondering why when so much care was taken in all other aspects, this was left to chance.

Nonetheless, definitely add it to your watch list and enjoy the thrill.

Shahrukh Khan Web Series Betaal is a Horror Web Series. It’s a Zombie Strike, the Walking Dead! Betaal web series released on Netflix on 24th May 2020, and is a zombie drama. Scroll down to watch Betaal Netflix Trailer.

Folklore has it that in the mountains, the colonel’s Army has ominous supernatural powers. It overpowers all Outsiders who try to unveil his secret and possesses them to act as a part of his own. And in Betaal Web Series, Sirohi (Viineet Kumar) and his team (Aahana Kumra, Suchitra Pillai) are unwittingly out to fix the “problem”. The curse shall prevail or will the repent their decision to help badly?

Govt. plans to construct a road along a tunnel that was cursed. The tribals oppose the construction and so do the local people. The road should be constructed in no time as the Chief Minister of the state is going to visit. Under the pressure to finish the construction in time, the contractor takes help from the army to alleviate the trouble caused by tribals. The curse comes alive and rouses the zombies in the land. One cannot escape this Zombie apocalypse. How will the curse end? Is there a way out?

Betaal Netflix Series has been produced by Shahrukh Khan’s Red Chillies Entertainment for Netflix India and can be safely said to be among the best Zombie Horror Stories that India has produced so far. 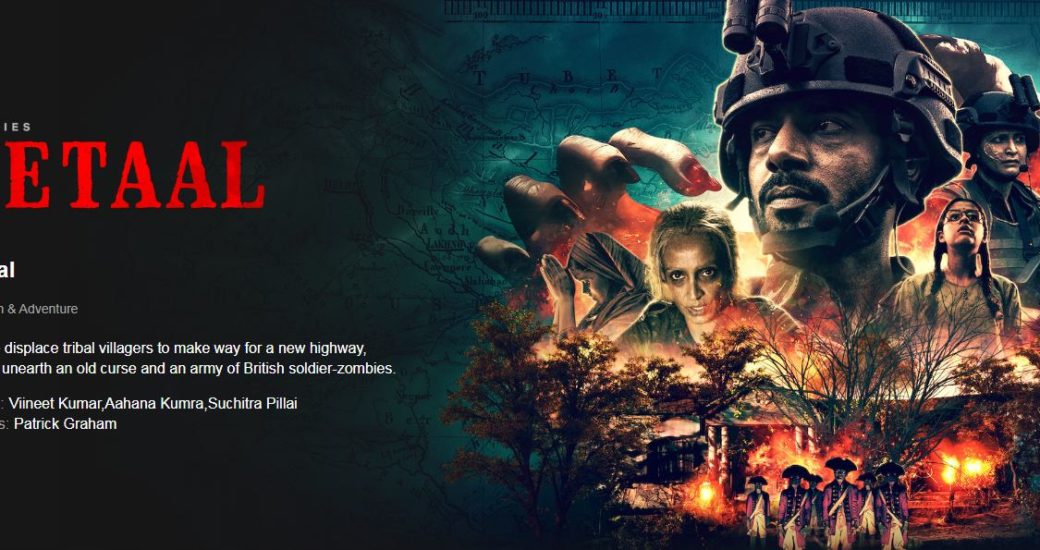