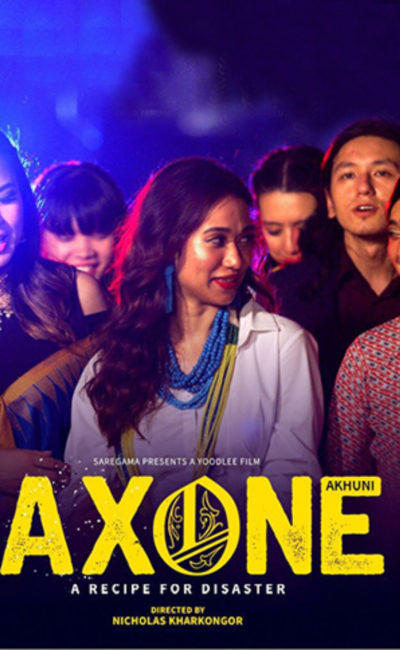 Axone movie involves Upasana from Nepal and Chanbi from North East, living in a rental house in Delhi. The landlady Nani is a stringent person who unapproves male visitors in odd hours and particular about what to be cooked and what not to be cooked in the tenant’s house. Axone Full Movie is streaming on Netflix.

Since their friend Minam is getting married, Upasana and Chanbi plan to prepare a wedding meal at their home. They get the help of Zorem and Shiv, grandson of the landlady. Chanbi’s day begins with a bitter experience. While Bendang and Chanbi buy vegetables from a street vendor, few guys pass lewd remarks on her. As she objects she gets slapped. Bendang feels guilty for being unable to fight with the wrong guys.

As Chanbi and Upasana prepare the wedding meal, the pungent odour penetrates the surroundings. Landlady smells the rat. Notwithstanding the witty lie of Shiv that the odour is from the leaky septic tank, landlady pinpoints that they are cook something obnoxious.

Chanbi gets panic attack and is taken to a doctor by Shiv. Shiv is mistaken by his girlfriend, wandering with a northeastern girl. As they plan to resume the cooking, they run out of gas. With the help of Shiv, Upasana gets an alternate gas cylinder. But Shiv is again mistaken by his girlfriend for wandering with a northeastern girl.

How do they get the cylinder past the eagle eyes of landlady? Will they cook their traditional wedding dishes? Where do they celebrate their wedding? Watch out the Axone movie Netflix.

For the uninitiated, Axone is a northeastern fermented product derived from soybean, packed in banana leaves. It darkens on aging. Axone is known for its pungent odour and is used in non-vegetarian dishes. The Axone film sarcastically criticizes the societal attitude towards people of the North East, especially the fairer sex.

Axone film travels in the unexplored areas of North East Indian culture. It portrays the struggle of people from north east in Hindi speaking land and its ramifications. The crux of the Axone movie is marriage and marital feast preparation sprinkled with comedy. Nicholas Kharkongar has written the script.

Everyone in the movie has realized their roles and done well. Especially Lanuakum Ao and Lin Laishram have excelled in their characters and shoulder the film. Adil Hussain, Sunit Tandon, Vivek Mansukhani and Cyndy Khojol make a special appearance in Axone movie Netflix.

Rasber Baruah has handled the camera nicely. Unerring Suresh Pai has edited beautifully. The Axone full movie has a total running time of 1 hour and 40 minutes.

Director Nicholas Kharkongar deserves applause for choosing an unexplored theme in Bollywood. Axone film is presented by Yoodlee films and Saregama. Vikram Mehra and Siddharth Anand Kumar have produced the film. Gaurav Sharma has written the dialogues. As Axone means pungent odour, the dialogues are also equally strong. Dialogues satirically portray racist remarks, few real incidents, and the fact that Hindi heartland considers people from the northeast as “Chinese”.  They in return vent their ager on the “f***ing Indians”. 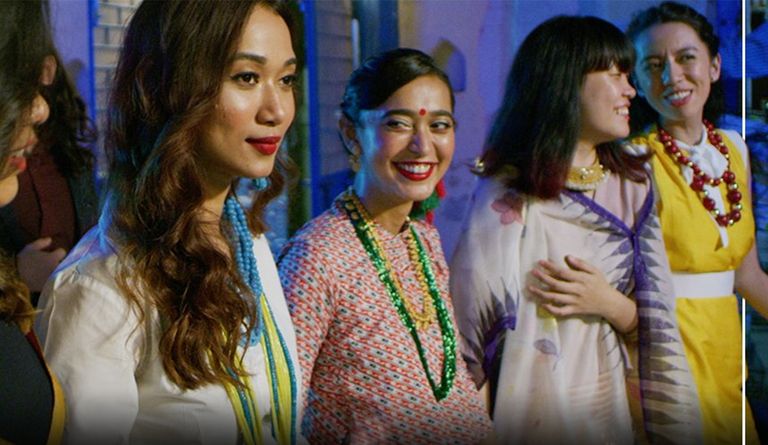