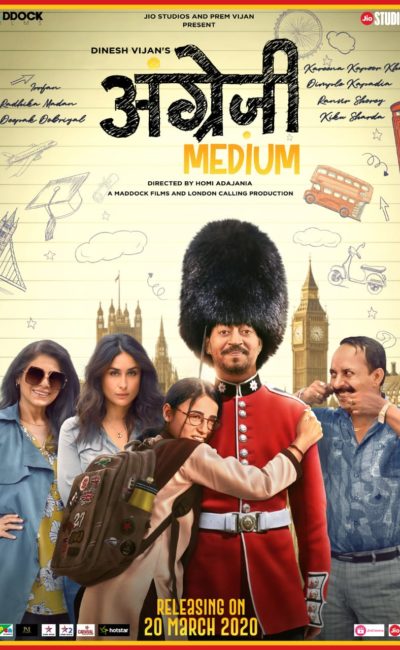 Angrezi Medium Movie Release Date in Theatres was March 20, 2020. It got an early release on Disney Plus Hotstar on 7th April 2020.

Angrezi Medium Plot revolves around Champak Bansal (Irrfan Khan), a legacy Mithai Shop Owner in Udaipur and a single parent, who has a grown-up daughter Tarika (Radhika Madan), who aspires to study in Trufford University, London. For the same, uneducated, Hindi conversant and uncouth businessman Champak goes out of his way to try and help her realize her dreams and thus unfolds a rather Comic state of affairs.

Picture this, Champak and his friend Ghasiteram ( Deepak Dobriyal), poor in English, trying to gain entry into London at the Immigration, caught for Pickles Bottle by a sniffer dog:

Officer: Are these your bags?

Senior Immigration Officer: Now where are we from?

Ghasiteram: We do big business with Bablu.

Officer: What kind of business is he in?

Ghasiteyram: Shows photo of Babloo, a serial offender on British List. His name is Balashankar Tripathi. In Drugs, his name is big. Here we come to become partners. He’s our childhood friend.

Officer: Gentlemen, by your own admission, your friend is a drug dealer? And you’re working with him. Is that right?

Champak: Sir, Drug is very important. All the people should get drugs. We help Babloo to make the big drugs. What is there to it? It’ll give job to your people. We become big. Babloo become bigs. All families, rich, poor, all become rich…

Tarika clears her School Competition, IELTS and all requisite entrances to have her qualify for further studies in London, but due to hilarious English skills and lack of worldly wisdom of Champak, she is rejected from the recommendation list of her own school.

Repentent Champak and heart-broken  Tarika , try again. This time through an agent for direct studies abroad, but again, 11 Chinese Students are selected and Tarika is left out. Comic resilience apart, they again try, this time through a long settled friend in London, Babloo, Ranveer Showrey, who dupes the father-daughter- Uncle trio at the London Airport immigration. Tarika does manage to enter the port, but Champak and Ghasiteyram are deported back to India and blacklisted thereafter from entry itself.

Separated by fate, worried about his young daughter in London, Champak and Ghasiteyram again tries to get entry into London, this time illegally through Dubai, through the help of a local agent, essayed by Pankaj Tripathi.   Mirculously, they do enter on Pakistani visas, only to run into a lady cop (Kareena Kapoor) who suspects them of illegal entry but can’t prove.

United with Tarika, Champak realizes that his daughter has become fairly independent in a very short time, taking care of her study expenses through a part-time job. They realize the vast chasm that exists between their orthodox thinking and way of life as well. Undue and exaggerated parental worry plagues Champak, who also fears that his illegal status might even get his daughter blacklisted. To top it all, he realizes that the Cop Lady is the estranged daughter of the land lady and employer (Dimple Kapadia) of Tarika.

Does Champak manage to win back the love of his daughter? Does the Lady Cop find out? Watch Angrezi Medium Hotstar to find out more.

Angrezi Medium Review – Irrfan Khan, the audience always loved you! Welcome back, you fighter! Angrezi Medium is yet another testament of your talent.

That Irrfan Khan is a great actor goes without saying. And Angrezi Medium is yet another feather in his cap. He effortlessly blends in to this mileau of Rajasthani Mithai Wala, with extreme pride in his lineage. Radhika Madan (Taarika Bansal) is a great find and does justice to her role as well. Team this duo with sprinkles of seasoned actors in a supporting role like:

We’ve got a film with eclectic mix of actors with established prowess for both their emotive skills as well as comic timing.

And that is what Angrezi Medium is all about. It does have an endearing story, but its strong characterization on these wonderful actors is its hero!

The comic script of Angrezi Medium is it’s strength. The key story evolution is in it’s choice of dialogues and its superb delivery and comic timings. While the attempts at entry into London are very well scripted, even the emotional or normal scenes between the father-daughter are very strongly penned, and stand out for their realism and everydayness.

The movie is perfectly timed, duration wise. It fleetingly changes it’s context and subtly leads from one comic situation to another with utmost sophistication of direction. Kudos to the director Homi Adjania.

Lastly, this review will be incomplete if we do not mention the fighting spirit of lead actor, Irrfan Khan, who has recently recovered from Cancer. Salute to your spirit and resilience, Irrfan. We always loved you! Know that.

On April 9, 2020, Pakaoo had posted this review. Less did we know that Angrezi Medium will be the last released film of Actor Irrfan Khan prior to his death. Rest in Peace Irrfan, You have left a void. 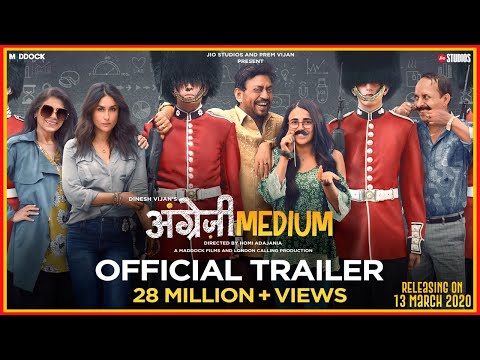 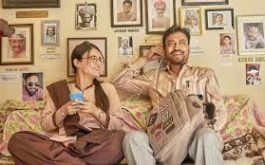