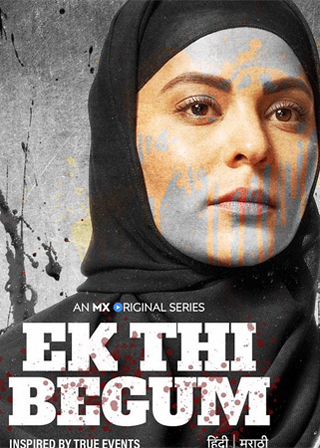 The story of Ek Thi Begum MX Player Web Series is based on the underground lifestyle of Mumbai in the 1980s. Nana and Zaheer are the two opponents and often get involved in gang wars, both in the forefront and the backend. Nana and his gang is controlled by Maqsood Bhai, one of the biggest dons in the contemporary underworld who sits in Dubai, but keeps a note of everything that happens in his world, back in India.

While Maqsood’s team is involved mainly in drug smuggling, Zaheer stands strongly against it and destroys every lot of drugs that are smuggled in or from Mumbai. Further, in Ek Thi Begum Story , Zaheer accidentally killed Raghu, Nana’s younger brother. Initially, he was arrested, but then he got a clean chit due to the absence of adequate evidence. He then was invited to Dubai by Maqsood Bhai with a promise to discuss a peaceful treaty.

Leaving his pregnant wife, Ashraf back in India, Zaheer left for Dubai, without knowing that his men will be killed in his absence. Post return, Zaheer got kidnapped in front of Ashraf from the Mumbai airport and eventually was killed by Nana, with the help of senior inspector Tawre. Zaheer’s death made a huge impact on Ashraf, so much so that after failing to get justice in a legal way, she chose the twisted and crooked path of revenge and renamed herself as Sapna in Ek Thi Begum Web Series.

The story continues as Sapna takes her revenge without actually doing anything herself. The first season of 14 episodes end with Sapna being tried to be killed in this underworld saga, but eventually, she survives.

Ek Thi Begum Review – Thrill at its peak. A must watch.

Ek Thi Begum story is a well planned thriller where the backbone of the story is structured on revenge. While some people made just some better business, a homely woman lost two most priced possessions of her life—her husband and her unborn child.

The script of Ek Thi Begum will keep you absolutely glued to the series till the end of the 14th (last) episode. It has the perfect dialect, the appropriate turns of events, thereby utilizing every character in its own way—from Southiya of Nana’s gang to Yusuf (Zaheer’s friend). The script stands out to be very eventful without hampering the spontaneity of the story. The use of foul languages might seem monotonous, but that can be ignored keeping in mind the social backdrop of the story.

Anuja Sathe’s performance aptly justifies the title of the web series— Ek Thi Begum. Her continuous switching from one mode to another mode, from innocence to seduction, from portraying sorrow to presenting vengeance—every change of expression showed absolute perfection in her acting skills. Other casting members also coupled well with Anuja’s performance, thereby giving a very neat and clean performance in Ek Thi Begum.

Background scores and songs have played a very important role in Ek Thi Begum. The thrill, the tension, the revenge and the satisfaction after accomplishing each stage of the revenge—everything was expressed in a brilliant way through music. Amitraj and Sachin Darekar really did a very good job in designing the music for the series.

In a series like Ek Thi Begum, cinematography is as important as the other aspects. Prashant Shinde and Anirudha Nakhre proved their expertise in using their skills in Ek Thi Begum. If there is one thing that fails to gain the thumbs up, then that is the editing team. With Pragati Dhadke and Amit Kakade leading the editing team, the 14-episode-long Ek Thi Begum could have been cut down in to at least 10-12 episodes.

Sachin Darekar is indeed a good storyteller, but undoubtedly a very slow one. It is true that due to quick change of events, the binding of the scenes did not fall lose. But looking at the duration, he almost forgot that a web series maker should think twice before introducing songs in the series unlike a feature film. Introducing songs is not a bad idea, but maintaining their length and number should have been taken into consideration. Never the less, the presence of good direction in the making of the series is evident from Ek Thi Begum. 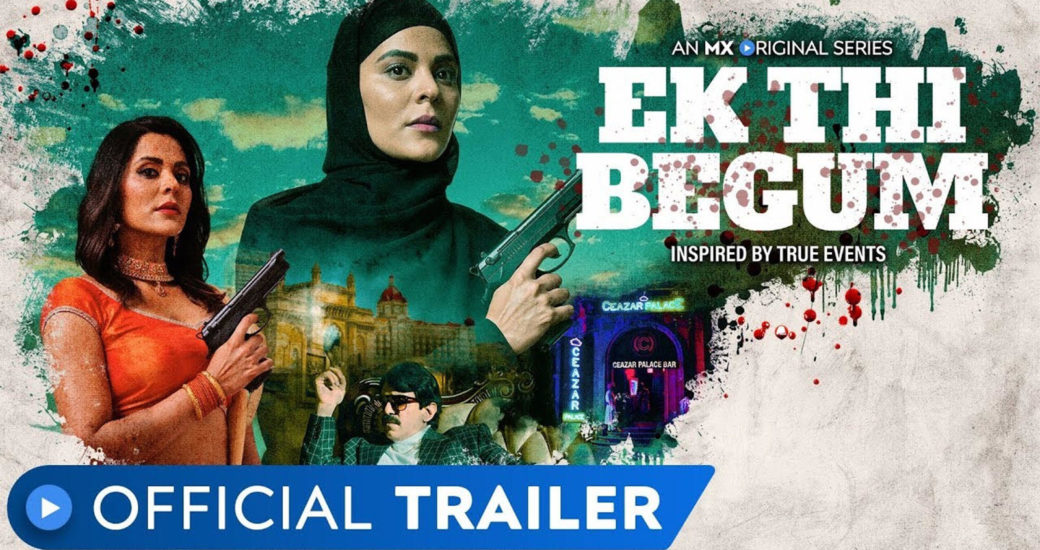