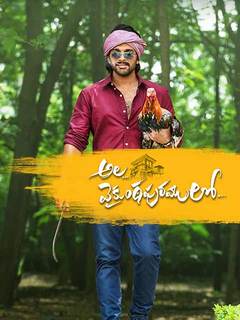 Ala Vaikunthapurramloo is an emotional Family Drama, Bunty(Allu Arjun) is a child prodigy. At the Hospital at the time of his birth, he gets swapped with Raj Manohar (Sushanth), the son of Ramachandra Murthy (Jayaram). This is a deliberate act by Valmiki (Murali Sharma). Valmiki, over his jealousy with Ramchandra, treats Bunty with hatred. The only person who knows the truth is a nurse from the hospital where Bunty and Raj are born. Unfortunately, she goes into a coma after an argument with Valmiki.

As Bunty grows up, he falls in love with Amulya (Pooja Hegde) at work. Ramachandra who is in search of an heir for his company, finds his son Raj incompetent for the role, as it involves many risks. He meets Amulya and Bunty. His wife (Tabu) gets angry over his decision.

After a chance meeting at the Hospital, Bunty finds out the truth about his father from the nurse who wakes up from coma. Pained with this knowledge, Bunty accepts it bravely and decides to live with it. In this intense internal distress, antagonist Appal Naidu (Samuthirakani) puts pressure on Ramchandra for a business deal. However, Bunty twists the story hiding the truth from Tabu, his biological mother.

This film is another colossal hit by Allu Arjun. Ala Vaikunta Puram Lo collections were INR 143 Cr Worldwide. After “Julayi” and “Son Of Satya Murthy”, Director Tri Vikram Srinivas pairs up with Stylish star Allu Arjun for the third time. This movie is written and directed by Tri Vikram Srinivas. He is called Wizard of Words in the Telugu Film Industry. The movie released on SunNxt Digital Platform on 26th February 2020.

Ala Vaikunthapurramloo starring Stylish Star Allu Arjun, Pooja Hegde, Tabu was released on January 12 beginning of this year. It is written and directed by Tri Vikram Srinivas. He is called Wizard of Words in the Telugu Film Industry. Now the movie is all set to release on SunNxt digital Platform on 26th February 2020.

Alavaikunta Puram Lo Movie Cast is huge and under-utilized. Sunil was given just a guest role. We all know what Tri Vikram can do with Sunil in movies like Nuvvu Naku Nachav. The heroine had a little role too.

Ala Vaikunthapurramloo Movie Review – The Combination of Allu Arjun and Trivikram Srinivas delivers a hit, yet again.

As expected from Trivikram Srinivas, Ala Vaikunthapurramloo is a Family Drama.  Though the plot is completely predictable, the movie is worth watching for the “Wizard of Words” – ” Maatala Mathrikudu”. Tri Vikram Srinivas is well known for his hit movies like Athadu, Khaleja, Julayi, son of Satyamurthy. His dialogues are always precisely woven for the characters he envisions. His dialogues and screenplay connect with the audience emotionally.

Allu Arjun has again delivered, with his dialogues, action, comic timing and choreography. All other co-stars did their part with the script. However, Allu Arjun steals the show.

The movie has little comedy with some good satire. More is expected from Tri Vikram. Though there is limited scope for unpredictable twists in the story, the Movie is all about screenplay and emotions. The man steals with his direction skills and elevates the movie to reach the expectations of the audience and fans.

Thaman has given the best music of his career in Ala Vaikunthapurramloo. Samajavaragamana by Sid Sri Ram and Shreya Ghoshal has been on air in Telugu states since its release itself. Other solos like Ramulo Ramula by Anurag Kulkarni are Butta Bomma are also a considerable choice for the audience playlist. 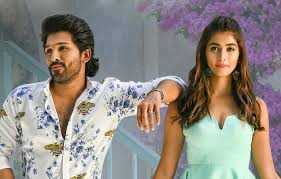 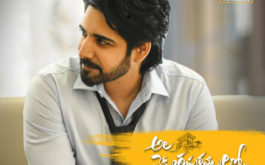