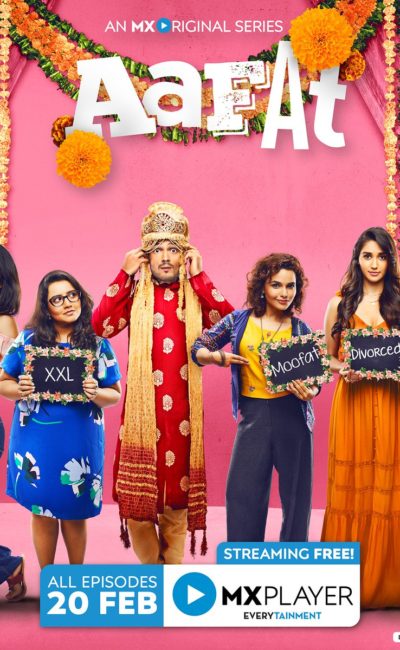 Aafat Web Series is a must-watch available on MX Player, breaking all the stereotypes of women in the society. It was among the foremost Web Originals released on MX Player (2019) and still stands as a relevant and among the best production pieces they have.

Ricky Malhotra a rather dumb bachelor, along with his mother visits Rishtey Farishtey, a marriage bureau to find a perfect match for him. The bureau finds him five matches based upon his “qualifications”, namely Ayesha, Aditi, Faiza, Anu, and Title. These five girls set a role model for what they are, not the metaphors but real chronicle.

This is a story of one Ayesha who never wants to get waxed. She is a voice-over artist, who is loved by her family for who she is. Though she has to go through a lot in society, she manages to have fun in her way.

This is a story of one Faiza, who wants to be a poet, but has that “father fear”. Faiza’s father is a famous divorce lawyer, wants her daughter either to get married to Ricky Malhotra or work in School with her B.Ed degree. Faiza to avoid marriage chooses the latter but gets fired for her rebellious behavior. Her poetry on NoC to live in the society goes viral by her fans which disappoints her father and sets up her meeting with Ricky. Meanwhile, she finds a guy with similar interests and falls in love with her.

This is also a story of one Titli, who gets divorced from her lover after learning he is cheating on her, within very few days after their wedding. Her best friend Sid proposes her and asks him to choose wisely this time. Her mother finds Ricky Malhotra’s match for her on Rishtey Farishtey.

This is a story of Anu who doesn’t care about what everyone thinks about her, but only what her boyfriend Uttu thinks of her. She even gets bald to impress him but he feels shy about her actions and avoids for some reason. There is always one person who secretly adores you and loves you for what you are. She does find that one person. Meanwhile, her worried parents set up her match with Ricky Malhotra.

This is a story of one Aditi who is “healthy” and dreams of getting married from childhood. She takes up this challenge of getting skinny before she meets Ricky. Aditi who loves herself the most takes this challenge to get thin. But her mother backs her up at the time of the meet, where Ricky’s family turns out to be a bully.

What happens next? Whom does Ricky marry? What do these girls need? Watch Season one of Aafat web series on MX player now.

Aafat Web Series Review – Pigeon-holed notions about women and their effect on their marriage prospects. The non-effect of education on Indian thinking

The Aafat web series still stands as among the best produced by MX Player. The plot is well written with good humor and a great message, very subtly delivered with comic light-heartedness. These types of series break stereotypes and stand out for their observational view of our social hypocrisy. That our high-class education system and moral fabric, is not able to help us unchain out of stereotypical thinking with which a bride is chosen in an arranged marriage, is a rather poor reflection. Finding a bride is like an extended reality show in our country.

Every actor has given their best to their respective roles. Aafat Web Series Season 2  may be commissioned, given that Season 1 was a new launch for the platform as a brand in India.

Aafat MX Player consists of six episodes about 20 minutes each, with Hindi with English subtitles. 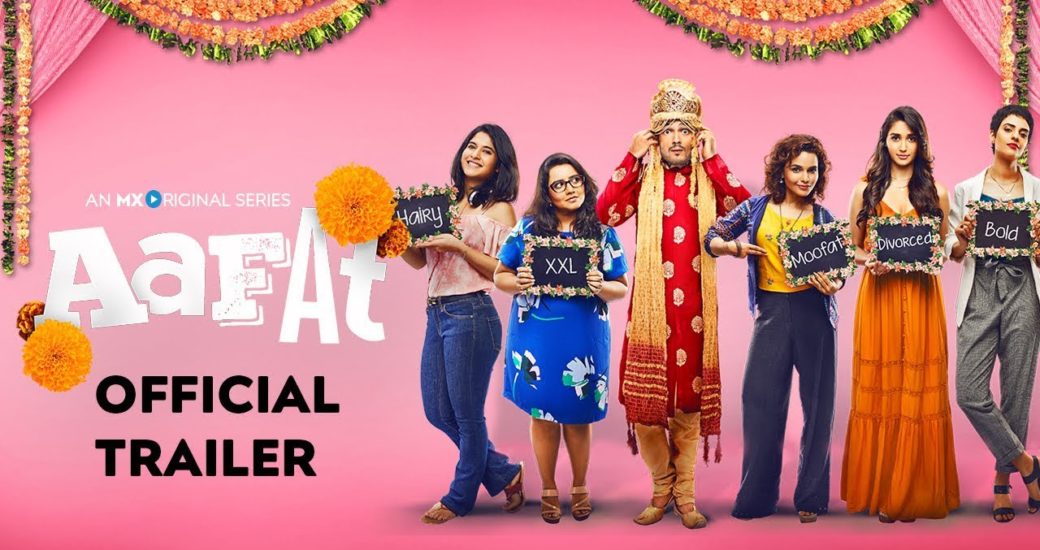