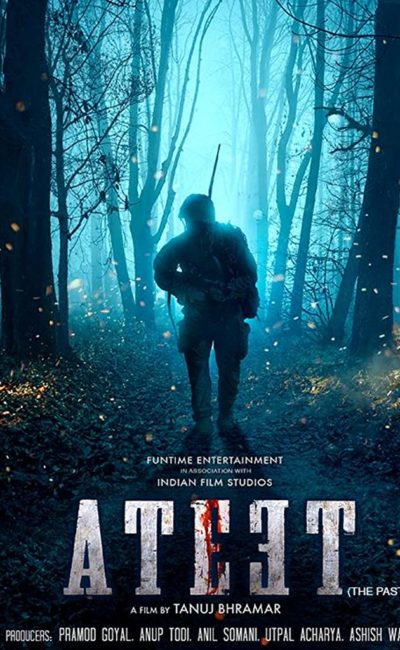 Zee5 Original Film Ateet Review – Has it all to be successful, but fails to utilize it.

The story of Ateet Zee5 2020 original production opens with a happy family, where Vishwakarma, an army officer gets promoted to the rank of Colonel. Gradually it is revealed that his wife Jahnavi and daughter Sanah are actually the family of Captain Ateet, who was found missing for a long time in a mission and hence was declared dead.

Until one day, the army gets him back. As a survivor of post-war trauma, Ateet responds to no one except Jahnavi. On meeting her, he is encouraged to come out of the trauma and starts getting back to normal life. But to his utter dismay, he finds that Jahnavi does not want Sanah to know all this, as she has always known Colonel Vishwakarma as her father.

Ateet then resorts to accusing Colonel Vishwakarma of sabotaging the mission that he was a part of, where he went missing after getting shot by the then Major Vishwakarma from point-blank range and then falling into a river. Post 10 years, Ateet tries to get familiar with his own family, specially Sanah.

Due to a trail of supernatural phenomena, Vishwa loses his mental peace, physical strength and gets temporarily suspended from his job and ultimately is forced to commit suicide. The story takes its own pace, only to reveal that Ateet was not a human. He had come back from the world of death as a partially living creature only to spend some good moments with Sanah and Jahnavi under the assistance of his most trustworthy friend and colleague, Nayab.

Nayab was the sole witness of Ateet’s death and was the only one who returned alive with Vishwa from the mission. On account of his injury, he was admitted to the hospital, where he takes his last breath before writing the last letter to his wife, narrating Ateet’s murder and Vishwa’s betrayal to his best friend Ateet and of course his country.

Ateet is another gross attempt to serving some old wine in a new bottle. It had all to become big and successful, but unfortunately, used none.

The script of Ateet Zee5 2020 holds practically no substance or element of something extraordinary. Conversations of army personnel merely involve mere salutations and addresses like Colonel and Captain. People hailing from the army and that too at high ranks have a different personality altogether.

Their body language, their walking style, and most importantly their sense of discipline—everything should be well defined and shining with dignity. It is practically impossible for an army officer of Colonel designation to address someone with any kind of abusive language in the office where senior officers are present. The script of Ateet surprisingly doesn’t complement the plot at all and becomes a reason for Ateet falling apart.

While Priyamani served the character of Jahnavi with her heart and soul, Deshna Dugad also didn’t fail to gain appreciation as a child actor for Sanah. Sanjay Suri perfectly delineated the fear and insecurity that his character required. Rajeev Khandelwal, one of the finest but underrated actors the Indian Cinema has, is utilized to the least possible extent.

His character could have had stronger angles and more intense reactions. But unfortunately, none of that was given to him. Dialogue throw could have been a little clearer and more distinct in many cases, one of them being the confronting of Ateet and Vishwa, while the former accused him officially.

Harish Sagane’s music composition gave a lot of relief to the viewers of this film. Sonu Nigam’s voice was the perfect narrator of the equations between Vishwa and Jahnavi as the tunes of Halka Halka Suroor Hai.

In a film like Ateet, cinematography could have been given a little more important than it actually got. With Mukesh G as the DOP, some good implementation of special effects could have broken the monotony of the script as well as the screenplay. Editing by Mayur Hardas also lacked the expertise to a large extent.

Tanuj Bhramar had a large scope for the improvement of Ateet Zee5 2020. First of all, each one of the characters lacked definition. Their backgrounds remained hanging with invisible strings of suspension. The beginning part of the film definitely gave hints of a big surprise or a good climax with the progress of the story. But that surprise never really came.

Instead, he was portrayed as the stereotype insecure individual just like every other husband is towards his wife when she had a past with someone else. Sanha was Ateet’s biological daughter although she only knew Vishwa as her real father. Their relationship could have been elucidated besides Sanha’s fear of Vishwa. Ateet’s character also required a lot of proper structural detailing. In other words, with the casting and music that Ateet had, it could have been way better than what it actually came out to be. 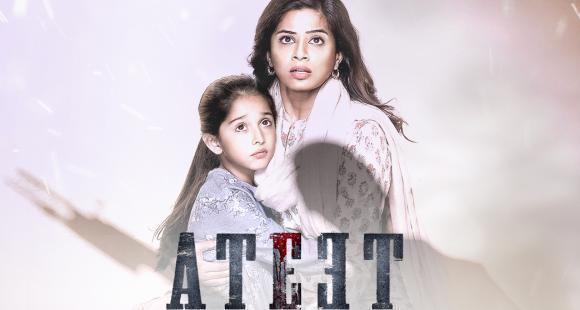