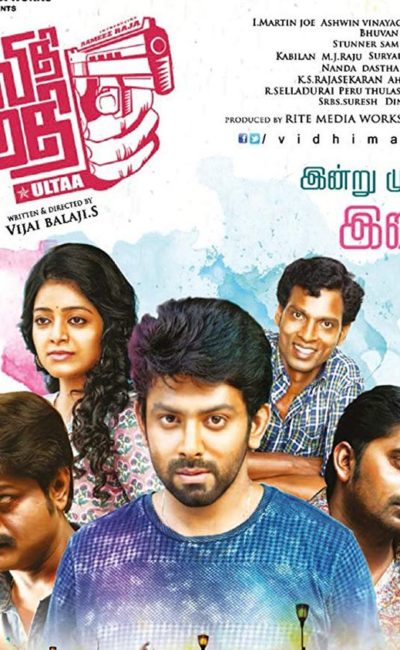 Vidhi Madhi Ultaa literally translated word to word means “Destiny Mind Upside down” in Tamil.  It is a Tamil comedy-drama film, directed by Vijay Balaji S. It was released on March 12, 2020, on Zee5.

It is a story of a young man, Aditya (Rameez Raja), who has a dream, in which, he and Divya (Janani Iyer), his lover, are kidnapped separately, by two gangs, and finally when they escape, four persons are murdered, including his parents. Soon, he finds that the persons, places and things, he had seen in the dream, already exist in reality.

He shares his precognition with his father and friend and tries to stop the occurrence of events. Does he succeed in his efforts to reverse (Ultaa) the destiny (Vidhi) using his mind (Madhi)? Does he prevent bloodshed? Does he find his lover? What happens to their life and love?

Vidhi Madhi Ultaa Tamil movie is a story of an ordinary young man Aditya (Rameez Raja), who wakes up to with a nightmare, in which, Peter, younger brother of a don Danny (Danial Balaji ), is accidentally shot in a kidnap drama and as a revenge, his parents are brutally murdered by the don. The sweet part of the dream is that he finds his lover, Divya (Janani Iyer).

Ignoring the dream precognition, he plays cricket with his friends and sees Rajamani (Karunakaran), a former ally of Danny, and Kooja Kumar, the duo, seen in the kidnap drama of the dream. He witnesses that even the minute incidences are happening in reality as seen in the precognition. As per Aditya’s request, Venkat, his father, avoids confrontation with Ramesh and his gang and settles their due. Ramesh’s gang was involved in the kidnap drama of Aditya in the dream.

To reverse the kidnap drama of Divya, he meets her, gains her trust and explains the nightmare. He goes to her home on her invitation and is manhandled by her police relative. She regrets the incident and falls in love with him. Accidentally, he is in a tussle with Peter’s gang, involved in the kidnap drama of Divya. Police warn Peter to not to mess with Divya.

Angered Peter plans to kidnap Aditya. Rajamani plans to escape with looted gold jewels hidden in an abandoned factory, double-crossing Danny. Aditya plans to prevent Rajamani from going to the factory, to avoid the dream incidences materializing. He calls Rajamani and tells him to come and collect his looted jewels in a secluded place and not to go to the factory. But Aditya did not have the jewels. Rajamani doubts Danny’s foul play in the game.

As Rajamani approaches in anticipation of getting the jewels, Peter’s gang kidnaps Aditya and Divya. As he has seen in the dream precognition, they manage to escape only to be caught by the gang. Following them, the gangs of Rajamani, Danny, and Ramesh assemble in the factory. As Aditya is held at knifepoint by Peter, Divya is held at gunpoint by Rajamani. As Danny enters with a gun, a tussle breaks out and guns are fired. What happened is the crux of the Vidhi Madhi Ultaa Tamil drama film.

Vidhi Madhi Ultaa Tamil movie introduces Rameez Raja as Aditya, the lead protagonist of the film. He impresses with his dance and boy next door image but leaves a gap in expressing various emotions. Janani Iyer as Divya, dances, loves and plays her limited part well. 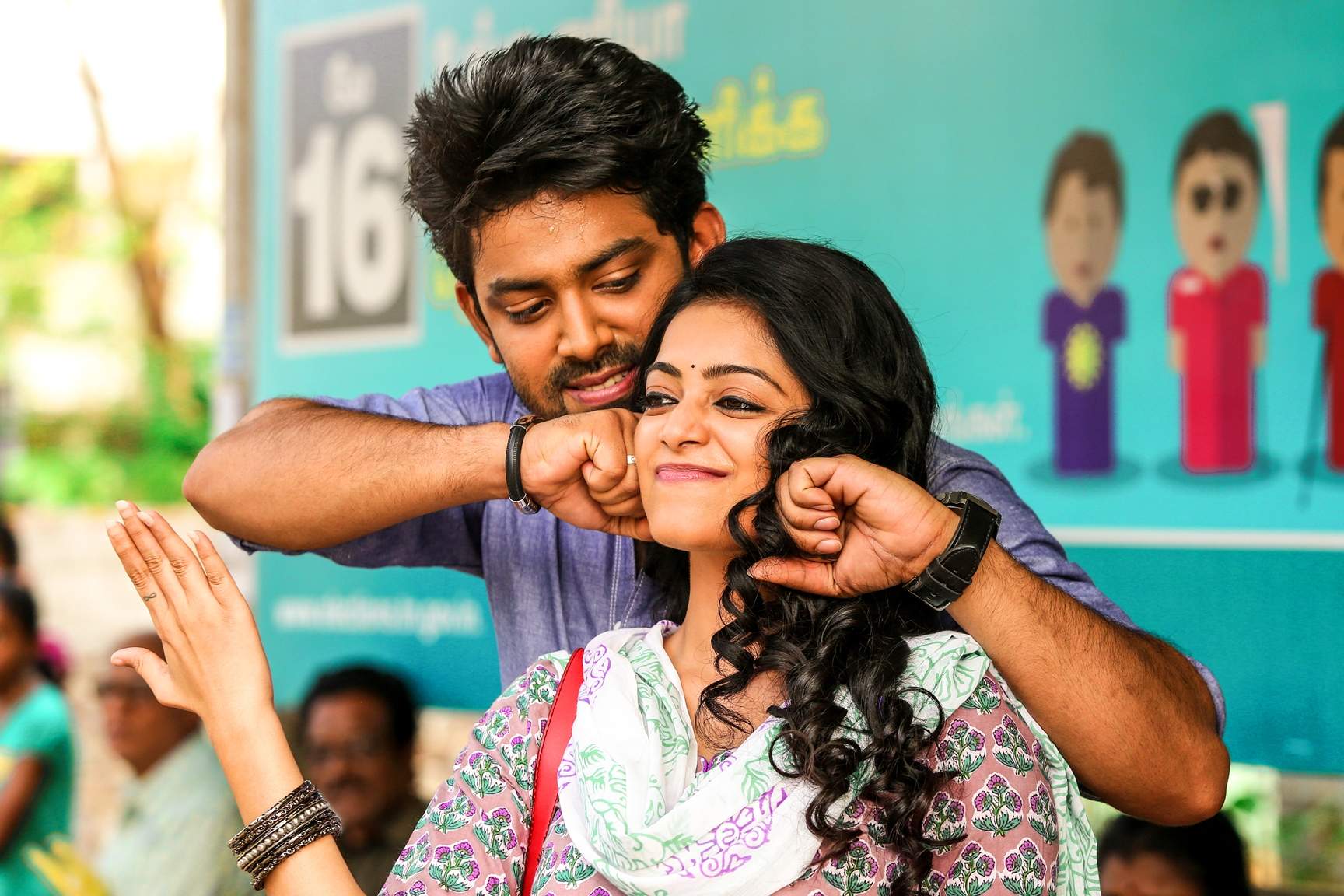 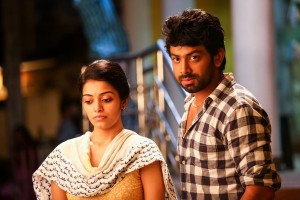