Judgement Day is a Crime Thriller with the premise of misogyny, perversion and gang-rape. The story chronicles the fight for justice of two sisters, after one gets raped  in Kolkata.

Diya, a Lawyer, realizes one day that her sister Hiya, a Band Vocalist, has gone missing. A frantic visit to a police station to register a complaint brings them in face to face with the sorry state of affairs, where instead of registration of an FIR, the girls face derogatory remarks. And then the eventuality registers through an anonymous phone call informing Diya of the rape, drowning and death of her sister. They are eventually helped by ACP Javed Khan when the search operation starts. Hiya is found alive, but in a traumatic state.

The story frequently jumps between current and previous timelines .

The story deep dives into the psyche of women dealing with misogynist and pervert remarks made out in person or on social media. Even a small amount of exercising one’s equality with a man, and the woman is easily labelled loose. Dare to challenge the ego of a misogynist man, and the consequences could be lethal.

Hiya is repeatedly blamed by her own family ( Mother, Father, Brother, relatives, friends) as being responsible for her own rape. That women are supposed to tow a certain line of behavior is so ingrained in our society, that blaming a rape on a victim is considered the only line of action.

In a society where women are expected to behave in a certain stereotypical manner to be “safe” , the rape and assault of an emancipated and feminist woman Hiya does not come as a surprise. However, the tension of the logger-head of misogyny and feminism is exemplified in The Judgement Day. Gang raped and tortured woman is made to believe that her own behavior invited her rape by most of the individuals around her.

The direction and overall production is passable, with ample gory, bloody, graphic and disturbing scenes thrown in. The lurking brutality of the gang rape, is brought out between multiple switches of timelines in the series.

Hiya as the rape survivor and Diya as her elder sister give extremely convincing performances in this web series. It is tough to empathise with a rape victim and her trauma. The amount of courage it takes for a woman to try and seek justice, despite of the misogynist attitude of our society is shown very courageously in this series. It is a sensitive subject, portrayed in its entire brutality, which leaves the viewer disturbed, but sensitized.

Abhishek Singh , as ACP Javed investigating the rape is very convincing and an interesting find of this series. Arpan, as Mac, the double faced Hiya’s Boyfriend is very menacing and well-conceived character.

The similarities between The Judgement Day of Zee5 set in Kolkata and Madhuri Talkies of MX Player set in Benaras are quite unmistakeable. 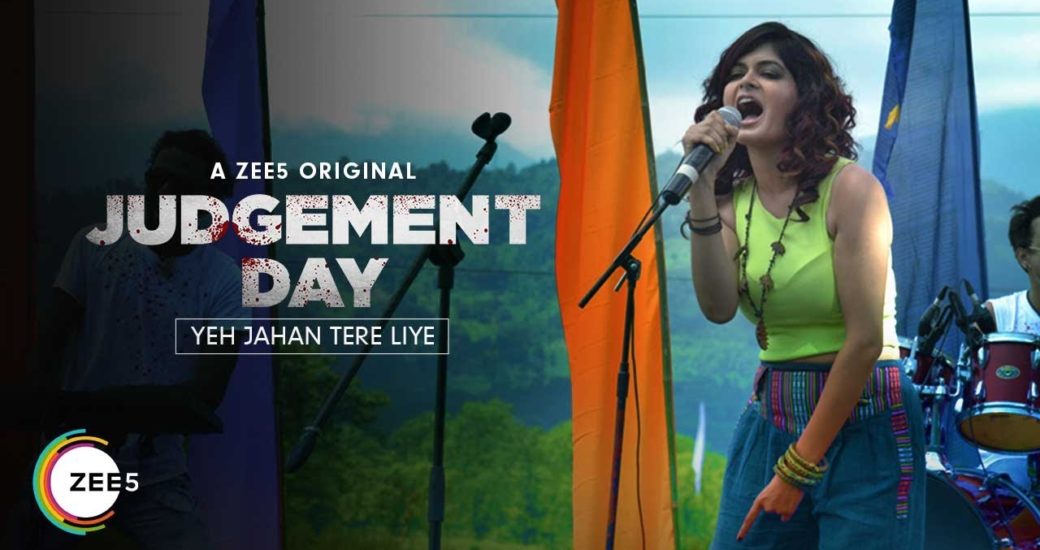 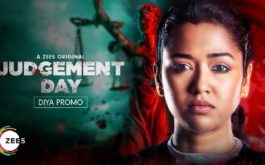