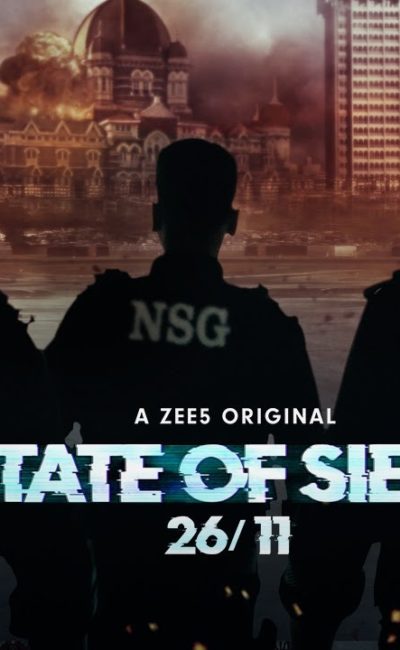 State of Siege 26/11 Review -A game of perspective, a salute to sacrifice

The story of the State of Siege 26/11 Zee5 talks about a regiment of 10 ‘barely teenagers’ from Lashkar-e-Taiba, the most unpopular Islamist terrorist group located in South-Asia, primarily operated from Karachi in Pakistan. When NSG (National Security Guard) of India struggles to acquire upgraded ammunition from the Government, a huge section of the unemployed youth of Pakistan learns to operate some of the most powerful weapons and explosives around the globe with the expertise of playing with them and using them at the blink of an eye. And all of these, for one reason—Jihaad.

True Islam elucidates that Jihaad implies the urge, the action to kill the devil in one’s self. But these groups of militants forcefully mark India as the land of the devil and want to establish their control throughout the globe, primarily Kashmir of the same Hindustan which they entitle as “Zalim”.

The Mumbai Police, Marine Commandos and the National Security Guards (NSG) killed 9 of the terrorists and captivated one (Mohammad Ajmal Kasab) with a penalty of 164 casualties, more than 300 injured people and the saddest being the death of 15 police officials and 2 NSG Commandos.

26/11 is undoubtedly a topic on which a number of films, documentaries and other works of art have been done before (Hotel Mumbai), Zee5. But State of Siege 26/11 has a different angle to it—the angle of NSG, neglected when they require the Government and invited when the nation requires them. Not everything preceded with the term “National” is always under advantage.

In a series like the State of Siege 26/11, it is often thought that only the action is important. But it also has to be kept in mind, that without a good script, actions and reactions cannot be choreographed and enacted in a justified way. Beginning with the conversations among the members of Lashkar-e-Taiba, the use of pure Urdu has been brought about with absolute aptness.

The use of certain words that fall under the category of inappropriate or slang to be very direct is used at places where their usage never seemed to fall out of place. Joshua Caldwell (Writer) and Karan Mirchandani (co-writer) penned State of Siege: 26/11 as a war of two motivations—Jihaad versus Jawaan through a very crisp and compact script—one which had simplicity and spontaneity, one which brought about the flavor of real pressure of TO DO or TO DIE.

State of Siege 26/11 is a celebration of the valour of NSG (National Security Guard), the most promising association of India when it comes to terror attacks. To add a tablespoon of irony here, let us begin with the analysis of the antagonists. It is needless to say that all the 10 terrorists attacking Mumbai in 26/11, had their own characterization perfectly built.

Their change of expressions through the expansion and contraction of the eyeballs, their ice-cool reaction towards the word Death, their oscillatory emotions on hearing words of praise for Muhammad, the prophet of love—everything was brought about extremely well through words at times, and through expressions at other times.

On the other side of the story, Arjun Bijlani gave everything to Major Manikrishnan to the extent possible. His art of acting never required extreme cinematic exposure to avoid getting overshadowed. His balanced work is so prominent that despite his short screen presence, he engraved his mark in the viewers’ eyes with extreme ease and spontaneity.

Arjan Bajwa, another actor displaying tremendous balance and conglomerate of emotions on screen. After Mani’s death, his expressions of grief under the garb of duty and determination can very well set a good example of method acting.

Background scores have played a very important role in the State of Siege 26/11. This series has shown that even without the instrumental versions of our National Anthem, or tunes of other patriotic songs, it is very much possible to stir the aroma of patriotic emotions in a film, where love for the nation definitely plays the main role but accompanied by a lot of pressure. Kartik Shah, Jyoti Chetia and Robin Kunjukutty undoubtedly made a great team as far as sound editing and designing were concerned.

With Richard Henkels as the Director of Photography and Rajgopal and Will Gordon as the editors of State of Siege 26/11, it is absolutely needless to say that just like a watertight case with perfect paperwork and unquestionable evidence, State of Siege 26/11 was a web series with almost no loopholes. Special effects were done with deft usage of technology and it was again proved that perfect execution of cinematography doesn’t always require high budget equipment; sometimes just a clear vision is good enough to recreate reality.

Matthew Leutwyler, the most important person in this web series, has shown the world that even an international director can recreate one of the most sensitive issues in India. From showing the movements of the terrorists through the territorial waters of Mumbai, to perfect portrayal of the basecamps of Lashkar-e-Taiba—this man has done everything to make the happenings look real.

The fine edges of the series that go unnoticed often, are important evidence of the director putting his heart and soul in the making of State of Siege 26/11. One of them was in the very first episode, when the youngest and newest disciple of Lashkar-e-Taiba, Mohammad Ajmal Kasab was sharply insisted to kill the helmsman of the speedboat which carried them to Mumbai. This was a mode of training, training for overcoming the conscience and killing people, brutally, without a second thought.

Training with AK47, grenades in Daura-e-Aam and Daura-e-Khaas, have been aptly portrayed as a crash course—a crash course towards violence and intolerance. Each of these little aspects of the series, makes it stand as one of the best in its kind, thereby paying homage to the martyrs and seeking apology to the 164 casualties in the State of Siege 26/11. 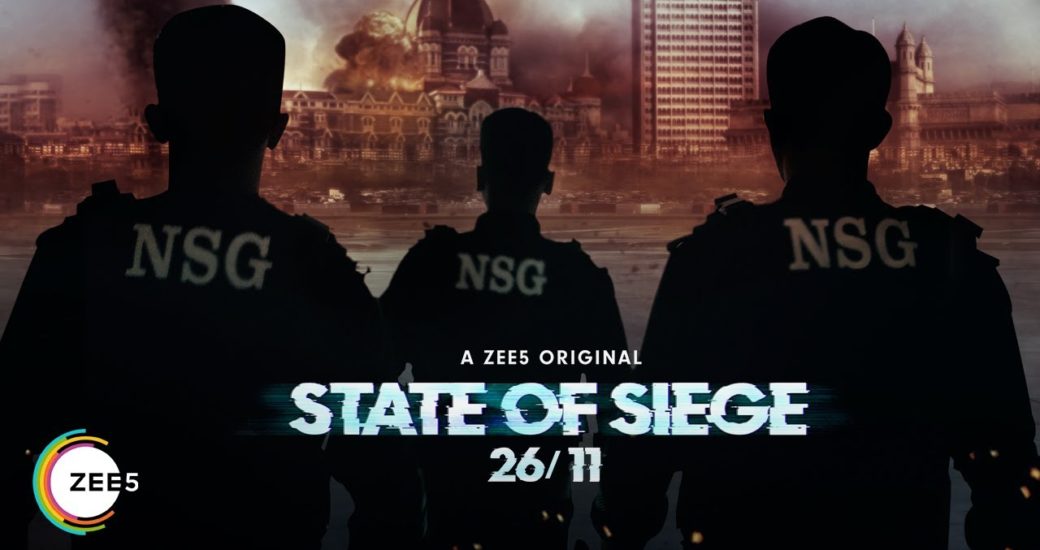