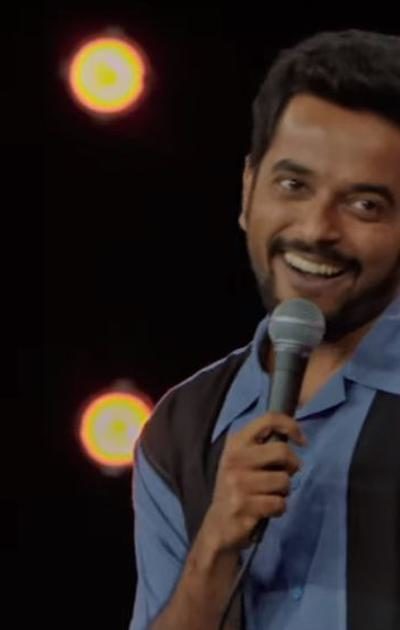 Relatively Relatable by Naveen Richard talks about multiple issues affecting the world, and tactfully relates it to everyday humor. “That we are all very relatable in our human ways”, no need to be divisive in our approach and categorize unnecessarily.

In Relatively Relatable comedy show, Naveen Richard discusses humorously a few serious issues like the world lacking empathy in general, disposing waste irresponsibly, urinating in public, plastic bags and wasting food. The account of humor is comically well-timed, improvising effortlessly from Audience Reactions and literally melting from one anecdote to another, without seeming to be jerky.

Various humorous anecdotes like equating being in a cab and tolerating a fart to being polite and empathetic, carrying a Water Melon in a Plastic Bag through an Airport Security Check versus a Vegetable Market, feeling less guilty about throwing food which has aged,  Cleanliness in a Bachelor Pad, scare of cockroaches, how many of us love Surprise Birthday Parties, usage of excess toothpaste while brushing, experiences at a local Kung Fu Academies as a young kid, learning swimming the old fashioned way of being kicked into the pool for survival instincts to kick in, parents hitting the child to discipline,  social work experience and the conclusive cherry on the cake, a Malayali trying to speak Hindi in Mumbai in anger!

Here’s the thing about Stand Up Artist Naveen Richard. He speaks humor through not just his jokes, but his body language and expressions too. Derives soft punches and tongue in cheek humor from literal trivia and common observations and delivers it with the sincerity of an artist par excellence. Case in context, cockroach party in the kitchen being equated to a high profile drug deal. The moment someone stoops in its almost a siren of “Everybody split up” and all the cockroaches run in different directions!

All the time, Naveen keeps the audience’s reaction paramount to his derivative next act. Effortlessly, Richard slips from one piece of humor to the next. For example, the anecdote of slipping and dying in the bathroom to friends being concerned about him being naked, rather being concerned about him being dead, on finding him in the bathroom after his death.

How he connects it to Bata Chappals and finds humor linking it to their color options and Jesus walking on water, wearing Bata Chappals. Another case in point is anecdote of him going as a Teacher in a school for underprivileged children. When the audience reacts favorably, he literally improvises how he is so cool and kind. He wants a deifying biopic film on himself.

In the concluding Act in Stand Up special by Naveen Richard, he talks about troubles of the assumption that Hindi is the National Language of India, and the compulsory second language he learned in school, himself being a Malayali. Despite the knowledge of Hindi, his anger provoked rendition of the language, when presented with the real opportunity to use the language in Mumbai, turns out to be a hilarious account of jumbled words, hissing sounds and repetitive gibberish. Literally, laugh till your stomach hurts kind of comedy in there!

What was inexplicable, however, was the need to introduce an interlude comic section of Xavier Pandian, the weird schoolboy with his sheepish brand of humor. Literally could have been avoided, just like the people who avoid his Good morning Whatsapp messages. Why included in the first place is beyond comprehension? The best explanation that Pakaoo could think, is that he is the anti-thesis of Naveen Pandya. Again, why included?

Other Stand up Reviews on Pakaoo 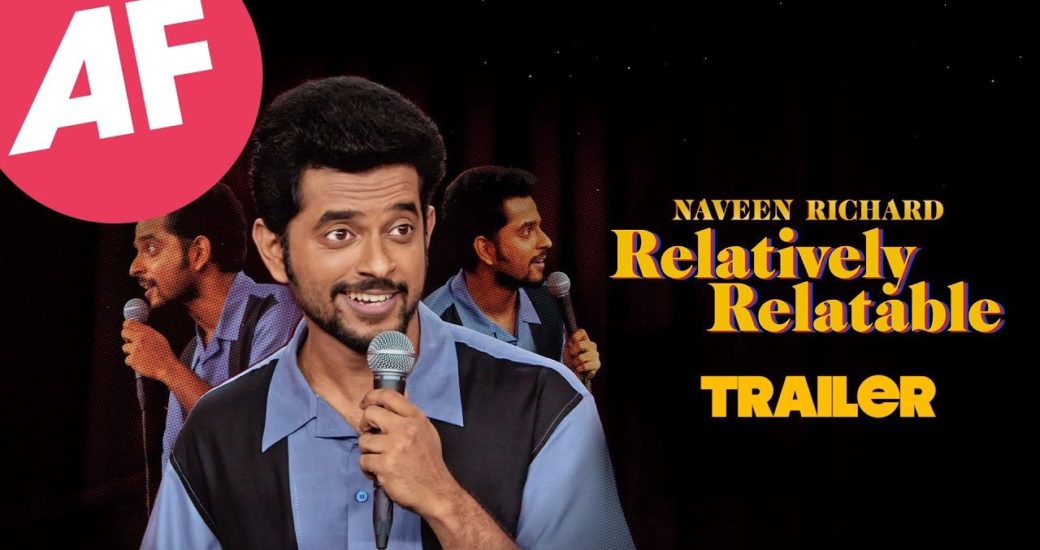