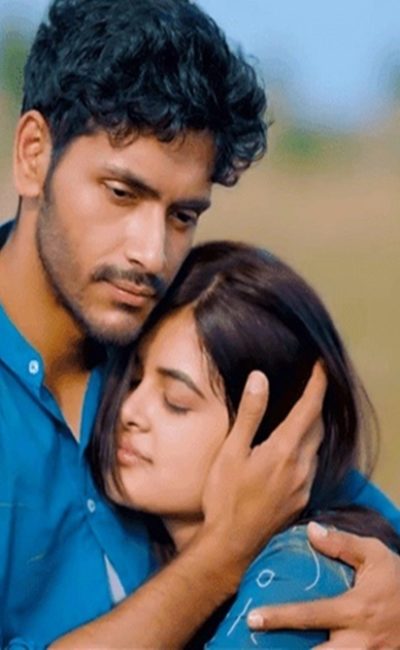 Love Aaj Kal Porshu Bengali movie begins with the meeting of two people, Abhirup and Tripti in a resort located in Kolkata. The movie continues with this meeting and ultimately ends with the same phenomenon of the meeting of two souls for the first time and eventually falling in love.

Surprisingly, the faces of the two people remain the same, but the names and the characters keep on changing. Each time they have a different role to play.

Kalki Maitra(Paoli Dam), the director of a popular Bengali Television show named Prothom Dekha (Meeting for the first time) has a small yet efficient team with Ganesh as the scriptwriter, Batuk babu as the doctor and Leena as the newcomer in the team to assist Batuk Babu.

However, each of these members has a role to play in the show, Kalki playing the role of a hotel manager while the other members’ roles are dependent on the daily episodes of the show.

The name of the hotel is Paradise Hotel, where each of Abhik and Tista, the male and female protagonists of the film stay as guests, and their brains are taken control of, through the process of hypnotherapy by Batuk Babu.

Every night, the current memory of these two individuals are separately wiped off and refilled with the new characters built by Ganesh. The next morning, they wake up and they bump into each other for the first time. And from then, their interaction gets recorded and telecast on the show—Prothom Dekha.

Love Aaj Kal Porshu movie is not just a tale of two souls falling in love. It is a direct implementation of what we call manipulative science. At first, it seems that a shrewd lady is making a live puppet show out of two individuals without their knowledge. But then, the plot has its own set of twists and turns.

The concept of the plot of Love Aaj Kal Porshu is undoubtedly one of its kind. But unfortunately, the script did not match to that extent. The portrayal of Abhik as Roop Ray, the presentation of the entire episode of strike every day—that should have been considered fatal for any popular television show like Prothom Dekha. And one film delineating the meeting of two souls for 2-3 times is interesting for the audience.

But making the same happen for the audience through 49 episodes till date, is too far-fetched, especially when the script has got too many loopholes like this. In the days of Make My Trip, GoIbibo and Zomato, having a resort at any place in or near Kolkata, and not coming under the vision of local people or tourists with a popular name of Paradise Hotel, Pratim D. Gupta could have made it a lot more in the lap of reality.

Paoli Dam is known to be one of the most powerful actresses the Bengali film industry has ever seen. From a commanding voice to the perfect timing of every move—she really made a neat and clean performance throughout the movie. The enthusiasm in Leena’s character was brought out well through Anindita’s work.

Anirban Chakraborty and Abhijit Guha also played their parts quite well, with Abhijit Guha more on the side of what we call over manifestation of emotions that could make the character of Batuk Babu somewhat more unrealistic. Madhumita Sarkar, with her debut on the silver screen, shows extreme dedication to all her role plays.

Her change of persona with every role was carved out well through a change of attires, hairstyles, and accessories. However, Arjun Chakraborty deserves the strongest pat on his back for portraying each role as absolutely a new individual. His acting skills shone with perfection while he portrayed the inherent fake flavor in the character of Roop Ray or the innocent mischief as a silent “Tissue Paper Artist”.

And after that when he came out as a journalist blazing with the urge of questioning everything without neglecting smallest of the small things in the surroundings—he just set the screen on fire. Not many actors in contemporary Bengali cinema could have portrayed this role with such ease and expertise.

Love Aaj Kal Porshu songs go well with the mood of the film. Although it will not be wrong to say that most of the melodies of the film reflect monotony. A better range of notes was expected from Arindam Chatterjee.

Sanglap Bhowmik did a good job as far as the editing of the film is concerned. There was no abrupt end of any scene and the chain of events was well established. There was not much scope of displaying good skills of cinematography. Yet, Subhankar Bhar tried to gift us some instances of distinguished work in the lovemaking scenes with an apt interplay of light and shadow.

Pratim D. Gupta is a name in the Bengali film industry which requires no introduction. With an excellent plot in hand, this talented director, however, lacked clarity in his vision of the film. And that lack of vision is well reflected in the script. However, Love Aaj Kal Porshu movie managed to touch the chord of the heart of its audience, living a piercing yet sweet pain in its essence.

Love Aajkal Porshu Full Movie can be streamed on Hoichoi. 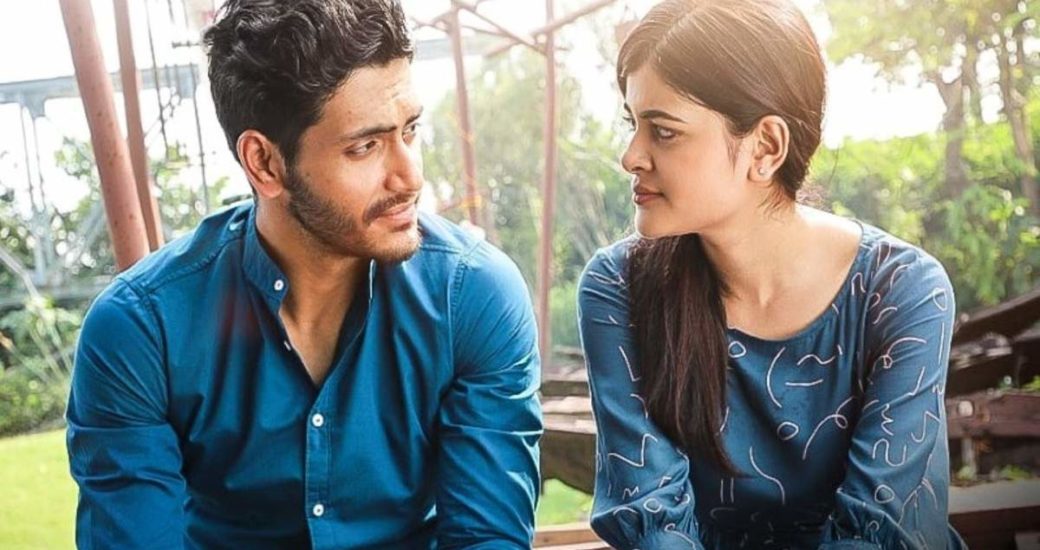 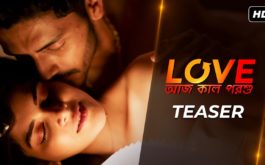