The most interesting person in the room Kenny Sebastian Netflix Review – Positivity and a deeper insight into ordinary yet deeper facets of life.One Hour Musical Comedy.

The most interesting person in the room Kenny Sebastian Netflix is a Standup Stage Show on ordinary everyday relatable things like wearing a Chappal at home, the one footwear that every family member considers an impersonal item. He does seem to get deeper in his analysis with his so-called “ordinary thoughts”, relating hopes and dreams to the fading sound of a harmonium and his own childhood thoughts associated with the instrument. His body language seems bang on point, what with humanizing the movements of a Cheetah during Wildlife Photography. Kenny Sebastian Netflix’s show name is the most interesting person in the room.

Kenny Sebastian spares nothing. Right from Kendriya Vidyalaya, his alma mater, his music teacher, harmonium, guitar, crows, pigeons, chappals, slippers, shoes, height, bakery opening, etc, etc, he makes fun of everything. The specialty is that he mixes comedy well with the music. His knowledge in music, painting, and sculptures comes in handy.

Undoubtedly, Kenny Sebastian is the most interesting person in this comedy show. His facial expressions and gestures themselves make everyone laugh. He speaks about self-worth in the show. The show is time-worth also. He infuses love and sex effectively in his comedy, to make the show an interesting one. Kenny asks “What is the minimum requirement to be a human being?” As he answers “There is no entrance exam. There is no viva. Nothing” “You are born and they give a (birth) certificate” “Your mom did all the work”. The crowd bursts into laughter.

Kenny Sebastian has an unusual imagination. He compares the harmonium with an old uncle with asthma and the crowd chuckles. He makes his ordinary childhood memories into most hilarious comedies. “My teacher hated the guitar so much. She used to think that all teenage pregnancies are caused by this”. “Don’t touch it. You will get pregnant” He bounces back “No mam, that’s not how it works” Kenny has ordinary thoughts. But he expresses them with extraordinary passion.

“When you buy a pair of shoes, only you wear it” “But Chappal is a family wh*re. Everyone is wearing it”. He makes funny gestures “They just force it. Yeah, it’s fitting”. At the end of the day. Chappal is like “Who’s next? Huh” . He is philosophical too. “Just like our hopes and dreams, the harmonium also eventually fades out” as the elongated note fades out in the air. Kenny Sebastian has got the enthusiasm and vibes that catches all of us.

Kenny Sebastian Netflix special: the most interesting person in the room standup is directed by Angshuman Ghosh. It is an OML production. Neville Shah is the creative head. Kenneth Sebastian is the executive producer and musician. Siddharth Vasani is the director of photography. Vaishak Ravi is the editor. The show venue is MLR Convention Center, Bangalore. Watch Kenny Sebastian show on Netflix. 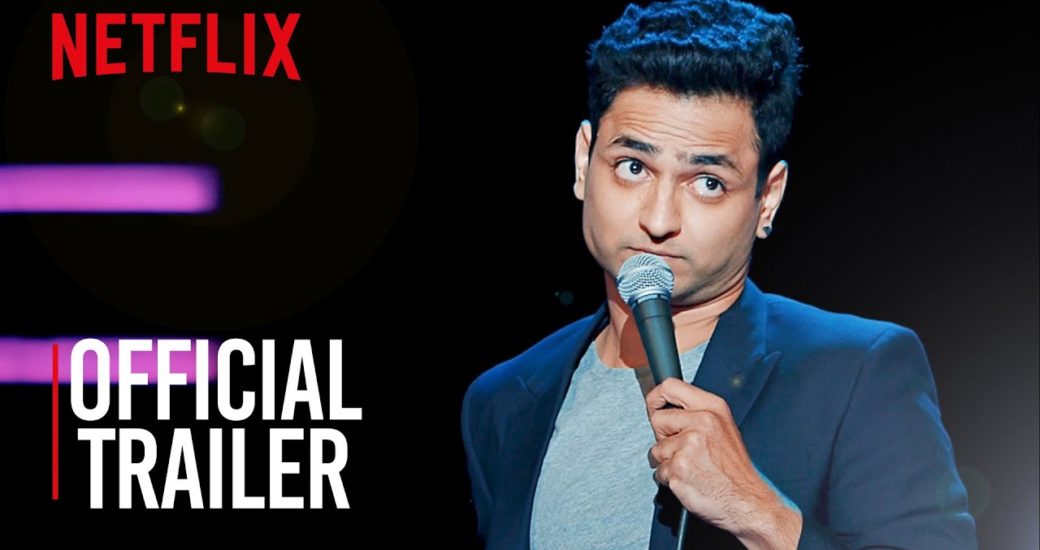