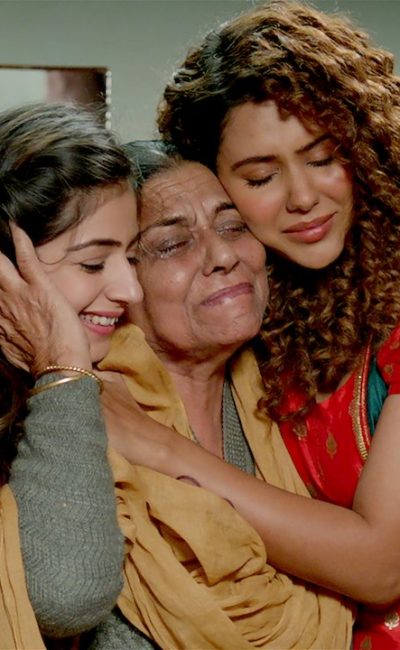 Guddiyan Patole is a family entertainer explaining the importance of family ties, despite various life choices one makes in life.

A daughter estranged from her mother’s afterlife choice of getting married to a foreigner in Canada. Two beautiful Canada born and brought up granddaughters, Kashmeer Kaur (Sonam Bajwa) and Nicole (Tania), sent by the mother to win over their grand mother’s heart and attend to the family requirements.

On the side is served an innocent brewing romance between Kash and  Amreek (Gurnam Bhullar).

Among the rare female-led Punjabi Films, questioning the patriarch status quo of traditional Punjabi Indian life.  As daughters born and brought up in Canada, Kash and Nick bring modern thinking to the simple status quo of females cooking each meal, females having no say in family inheritance, expected female behavior versus males having no such social rules to play within.

Veteran Artist, Nirmal Kaur, is a treat to watch, in her traditional outlook and set ways of thinking and life. The journey of the Granddaughters winning over her heart is an endearing one.

It’s a fresh start and a topic hence untouched in Punjabi Cinema. Clash of Traditional versus Modern, and changing with the times, are some of the issues highlighted in the film.

Sonam Bajwa, with her curls and attitude, stands out in her modern but warm avtar. 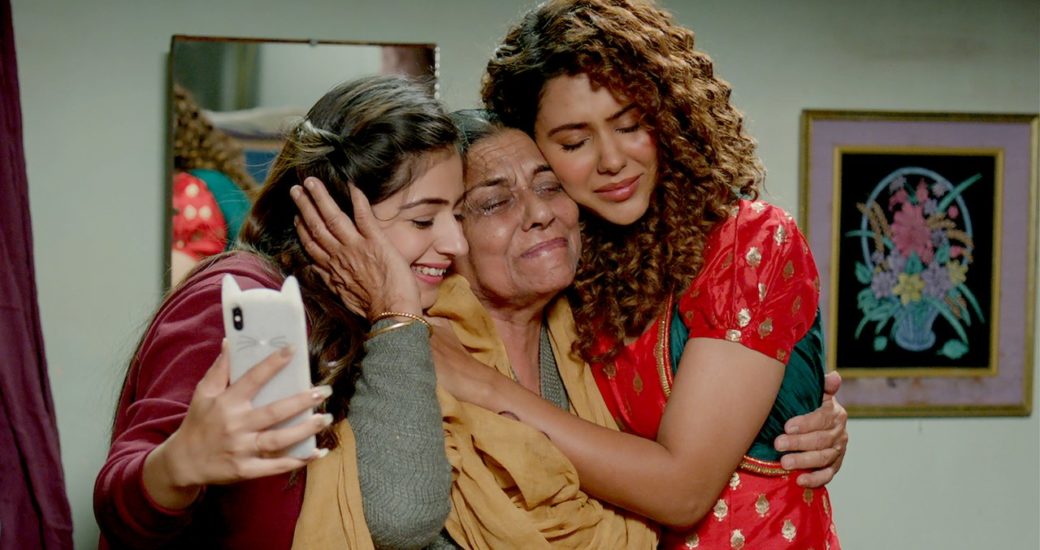 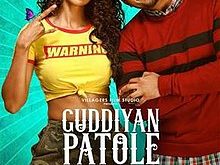