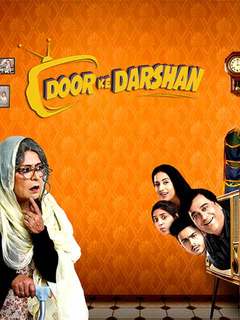 Door Ke Darshan on Netflix is a relatable comedy with the story of a middle-class family. The story is woven with a number of characters. To begin with, there is a  comatose grandmother devoid of her consciousness for the last thirty years. But suddenly one day, she regains her sense and leaves the family in awe and astonishment. The challenge is that her son and daughter-in-law are now engaged in a relation with disputes and disagreements on an extreme level, so much so, that they are about to get divorced.

The older brother of the family is completely obsessed with softcore magazines. He also has his fantasies towards the neighbor next door. The teenage sister of the family is affluent with the habit of slacking off. Amongst all of this, there is also a childhood friend who wants his house back from this family for the last thirty years.

In the story of Door Ke Darshan online, all of these characters come together and weave a tapestry of hysteric but relatable comedy, in the heart of Old Delhi. When grandmother opens her eyes and is brought home, the family aims at recreating the environment of the 80’s so that she refrains from knowing that for how long she was in a coma and for how long she missed the ups and downs her family faced in life. Doordarshan or television played an important role in bringing about the transition in her life that the 30 years of gap demanded.

Door Ke Darshan reflects a relatable content, but to what degree does the connection with reality stand?

The script of Door Ke Darshan Netflix lacks the punch in it. Although the concept is a bud of immense possibilities lack of a complementary script hinders the success of the project. In most of the contemporary web series movies today, crime and underworld stand to be a common point. So, in that way, the substance was very unique. But comedy was reflected mainly in the actions and events. The dialogues failed to deliver the real flavor of the hilarious comedy that should have paved its way through the script.

Manu Rishi Chadha served a good match for the role of Sunil Bhateja. His transformation to Cheeku in front of his mother was quite challenging, but he faired well. Shardul Rana as Sunny and Archita Sharma as Sweety served to be the perfect combination of siblings with opposite polarity and different tastes and interests in life. But the stars of the show were none but Mahie Gill and Dolly Ahluwalia. It is said that timing is everything in comedy. With Mahie Gill and Dolly Ahluwalia in the forefront, comedy was stirred so well that it almost became the next-door story for many, especially those who are well aware of the North Indian families.

It is difficult to say that music and background scores played a very big role in the film. With Meet Bros as the music director, some more exposure could have been given to music in Door Ke Darshan.

Soni Singh served as the DOP for Door Ke Darshan. A lot of cinematographic moments went uncaptured or un-emphasized. However, Shubham Srivastava did quite a good job as far as the editing of the film is concerned.

Gagan Puri’s work as the director of Door Ke Darshan 2020 is quite good. The primary point of appreciation in the direction part lies in the portrayal of a subtle connection between Sunil and Priya. Although the couple was up for an imminent divorce, the bond between their souls remains dormant. They fight on little things; they disagree on regular stuff—yet they share a strong connection of compassion and understanding with a sleek yet firm belief.

But making a man with children wear school uniform to appease the anxiety of his mother and making an excuse of the thyroid disease in answer to the query of wrinkles and aging—the film loses its connection with reality then and there. However, the overall approach to do something different was good and hence worthy of appreciation. 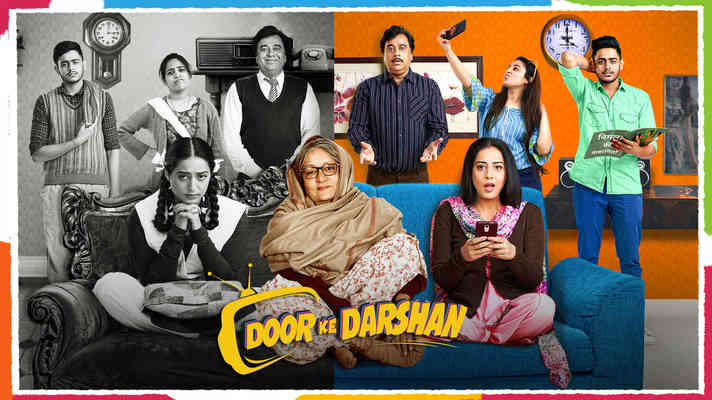