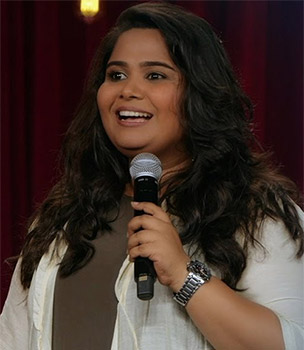 is a 1 hour Stand Up special by Indian Female Standup Comic Sumukhi Suresh. The Special is exclusively available only on Amazon Prime Video. In a time where, India’s Comedy scene is still in its stage of infancy, and obviously dominated by the ideology of patriarchy, Sumukhi has broken many pedestals with this Special of hers.

From talking about the smallest issues faced as a young girl to deal with the seemingly “orthodox” mothers who don’t approve of girls going out late at night, she addressed it all. The cherry on the top lies in the fact that while she has beautifully covered, commented, and jokes about these things. She somehow manages to sustain in maintaining the gravity of these situations when dealt with, in real life.

She also covers topics which are often considered a taboo in the society when it comes to women, however, in this effort, she has not only covered them in a very balanced and intriguing way but has also managed to successfully give a shut-up call to all the seemingly misogynistic pool of male comics who’ve in the past tended to stereotype the type and/or genres of jokes female comics “usually talk about”.

In a time where, India’s Comedy scene is still in its stage of infancy, and obviously dominated by the ideology of patriarchy, Sumukhi has broken many pedestals with this Special of hers.

The show has been shot in Banglore. As it is Banglore is known to be the breeding ground for the Indian Comedy scene. The audience in Banglore is not only engaging but the intellect pool and ethnic diversity that Banglore houses, only adds to the essence.

Talking about the set, the set is very right, and Sumukhi’s delivery has ensured the successful landing of all the punches, jokes, and passive comments made with the comical spirits.

Even though Sumukhi’s pace of speaking, of delivery words, is much faster than many of the rest in the Comedy scene, her speech in no way, and at no point seems rushed and can be thoroughly and easily understood and enjoyed, even if spoken in English. 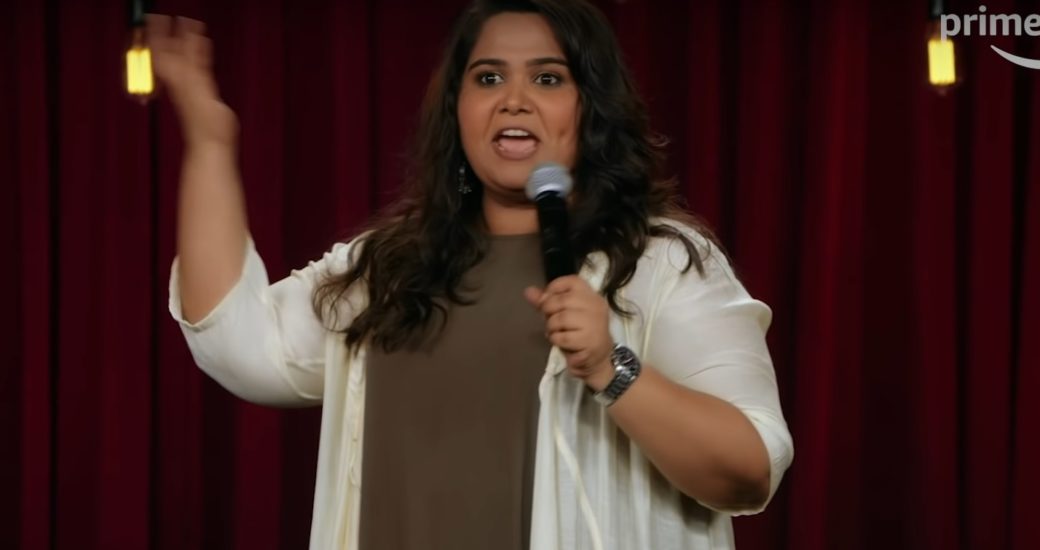