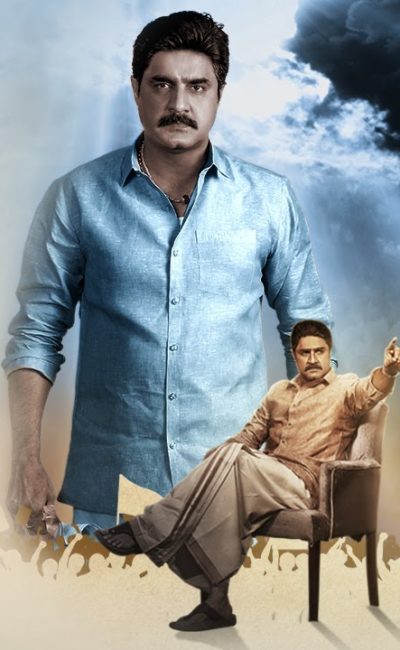 Chadarangam Web Series is a Political Thriller starring Srikanth, Nagineedu, Kousalya, and Sunaina on Zee5. Originally produced in Telugu, it is also available in Tamil and Hindi dubbed versions. The official trailer of Chadarangam was released on Jan 15, 2020. The series encompasses 9 episodes, 43 minutes each.

Chadarangam(2020) Web series is inspired from true events that happened in then Andhra Pradesh Elections.

Superstar Gangadhar (Srikanth) , after realizing that for revolution, it requires power first, starts his party Telugu Kranthi Sangham (TKS) with the help of Rama Krishna (Nagineedu), an ex- INP minister.

Gangadhar works for the people and is a man of the millennium, a true leader. He starts his political campaign depicting the flaws of then in power Govt, INP. With a massive groundwork, TKS triumphs with 201 seats in the 2016 election. INP is a national party that once thought of giving an MP ticket to Gangadhar, but he rejected it because of ideological conflicts.

Chadarangam web series also depicts subplots of a teen girl Parvathi, a drug addict whose father is a huge fan of Gangadhar. Also depicted is the story of a journalist who has an affair with her married boss.

TKS starts getting vulgarized as Ramakrishna wants to get into power and starts gathering MLAs into his kitty. Ramakrishna with the wicked ideology of his spouse collaborates again with ex-Chief Minister and INP leaders and thinks of forming a coalition Government. Meanwhile, Gangadhar starts removing all the corrupt and dirty leaders involved in drug mafia from his party.  Seizing this opportunity, Ramakrishna buys all those ministers and tries to form the govt. Actor Srikanth can be seen as Chief Minister of state, going through tough times in his party and its ways.

Amidst all the drama , Gangadhar also struggles with the relationship with his son. His son has a tumor in the brain and needs to undergo surgery in Singapore. Gangadhar set off to Singapore for his treatment.

Baapi Needu (Actor: Ravi Prakash), who is the nephew of the Chief Minister takes care of the party and the state. He brings back all the ministers with his strategy and uses his brilliant ideas to not let the Govt. collapse. This also leads to the downfall of drug scandals. He also always tries to be in good books of Gangadhar. In by-elections 2019, Gangadhar wins again with a majority of 202 seats and the last seat given to Baapi Needu.

The teen girl also finds a happy ending realizing by falling in love with a drug dealer who helps her to get off drugs. The journalist once almost gets exposed as a clip of her affair with Chaithanyam (newspaper) editor/ manager, saved by Gangadhar and Baapi Needu.

Gangadhar asks Kranthi to marry his son to take over the party. But no one knows the vicious brain of Baapi Needu and the Head of Chaithanyam are behind everything that happens in the political career of Gangadhar. The series ends with an open smile of Baapi Needu showing the “V” symbol and we all know what happened next.

Director Raj Anantha has done a brilliant job in expressing the character of Gangadhar ( A political reference to Sr. NTR). The very human nature of him is described at his highest potential. What is done to him by his foes and allies, how he tackled them is the mainstream idea of Web series Chadrangam (2020). The screenplay evolution of juxtaposing past events in the present is commendable. Still, there is a lot of fiction involved.

Srikanth hits industry again after a long time with a unique idea intriguing audiences with his debut web series in Telugu. Ravi Prakash who directs the Web Series from the fifth episode has delivered his best and this could potentially be his career pivot.

Music by Srinivas Sharma at times gives a real thrill.  It syncs with the look of Srikanth and Ravi Prakash. Though the dialogues give a modern feel, one can watch to learn what happened in the past. 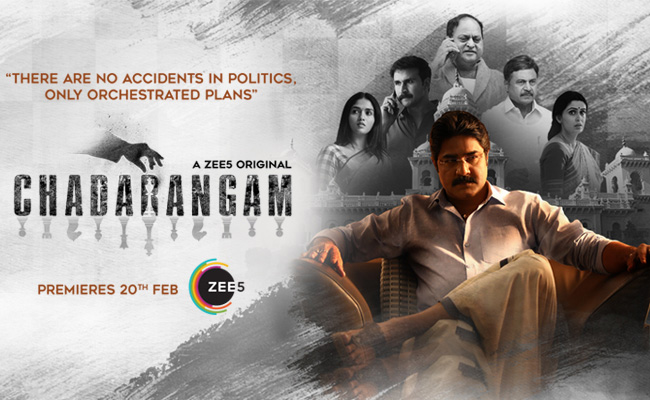 Political Drama, Based on true events