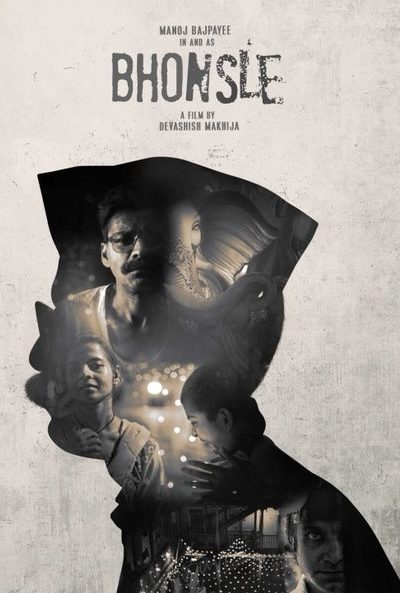 Storytelling is an art. The same screenplay can be visually and vicariously so differently depicted to a viewer by two different directors.

Bhosle movie Sony Liv forces you to think. It is mature and evolved to take on the complexity of human prejudice. Prejudice of any kind is a self-serving emotion. It is biased towards the well being of the beholder. A somewhat unstated naked truth that cringes for veracity. One that holds no water, except that it can weigh you down and drown you with its stupid acceptability by a mass of people. Bhosle movie online talks at length about some unsolvable social and regional entitlement complexes.

Manoj Bajpai’s Bhosle is the story of a Chawl dweller, a Maharashtra-Born individual, Bhosle Bhau. Living a rather lonely life for many years in a dingy one-bedroom Kholi, Bhosle tries in vain to get back his job as a Junior police constable. He is terminally ill and aging. Strong and logical emotionally but feeble physically.

In the social dynamics of the Chawl life, there is brewing intrinsic xenophobia against the settlers from Bihar, the ’Bhaiyyas’. Every year, Ganpati is expected to be installed only by the ‘Marathi Maanush’. The native inhabitants. While after many years of living in Maharashtra, the non-Marathis also see happiness in celebrating the festival together. They are not allowed to install their Ganpati, however much the reverence.

Amidst this environment, there comes to stay in the Kholi next to Bhosle, a woman, and her young brother. She is a Bihari by origin, but with a pure heart. A nurse by profession, she helps Bhosle out in his medical problems. When her young brother is molested by the other Bhaiyyas in he Chawl, her pain and anguish is initially not relevant to Bhosle. But after her medical help, he feels obligated and melted with her sincerity. So, when a xenophobic politically inclined Marathi molests the woman, Bhosle metes out justice, despite being a Marathi. Humanity above Prejudice. Right over politically charged right.

The question really is, which mood does Bhosle leave you with? Melancholic and pensive. Directorially intended? Certainly. The whole Cinematography of the film is sad, by intention. The humdrum lonely existence of Bhosle, the dispute over Ganpati installation, the molestations, and xenophobia. A dark existence of a bizarrely poignant world, where existence is already hard but made even harder by self-serving ideologies and remorseless wrongful doings.

The Director takes an Art Film Route, a dying cinema, but portrays it in its nakedness. Implicit poignancy is made even harsher when portrayed. The lonely repetitive daily life of ill Bhosle is shown as a glimpse as he approaches his end in a short flash-forward. Brilliantly done.

A special mention of the Director of Photography. The camerawork is beyond excellence. The decrepit living conditions, the nuanced everyday items, the dirty Chawl premises, all are portrayed in their exactness. And it adds to the melancholy, the director’s vision.

Again, the heartbreaking background score of daily existence and resignation to fate. Thankfully, when Bhosle fights for wrongs did to didi, he awakens a light that somewhere he is alive. He has a purpose. Even his poor physical condition does not deter him from fighting for right. And the music supports even the surge of pent up anger for justice, before again pointing at the sadness of the overall solution. No solution to a raging problem of vested interests causing actual physical and emotional harm to clean hearted individuals.

Take a bow Manoj Bajpai. You were brilliant. This is out and out a Manoj Bajpai’s Bhonsle In a role which seems to be tailor-made for him, Bajpai pulls a homerun. It is a never before seen avatar of the brilliant actor. And makes one wonder, whether his best is yet to come or this is his best so far. But then, relief of intensity is a professional choice as well. It must be emotionally draining for Manoj Bajpai to portray Bhosle onscreen. 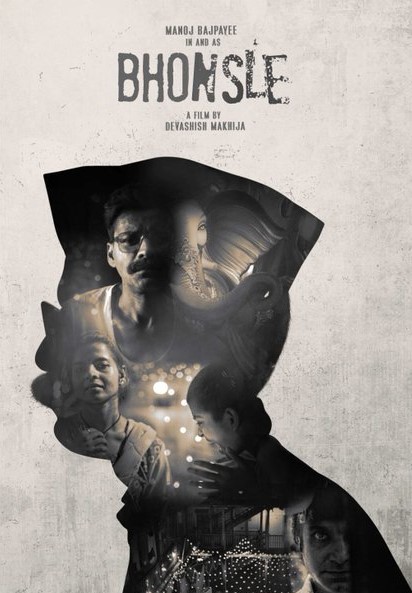