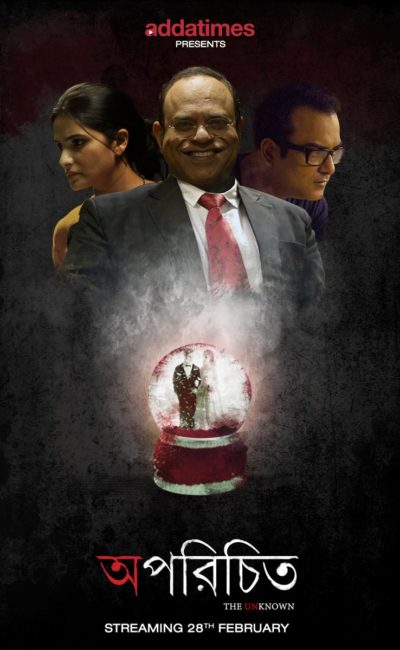 Aparichito movie is a Bengali short suspense film, directed by Arindham Bhattacharya. It encourages repeat watch as well, because of its plot and concept. Aparichito movie released on Addatimes on February 28, 2020.

Aparichito short film is based on a typical middle-class Bengali family who is busy in their life, making ends meet and trying to achieve the well-being of life. Aparichito Bengali Movie’s story shows the wife had been hitherto dissatisfied in her mundane middle-class life, consumed by a desire to live a lavish lifestyle.

One Sunday morning, the husband is running regular household chores and the wife is busy preparing meals. ‘Aparichito’ insurance agent Satyaparakash (Rajatava Dutta) offers INR 50 Lac to the Bengali middle -class Housewife, as a benefactor of a deceased. In her greed to get the complete windfall, she initiates a vicious event cycle, with its consequences.

Aparichito Bengali movie has been directed by Arindam Bhattacharya, known for his superior screenplay writing. And Aparichito certainly does not let down in that aspect.

Rajatava Dutta’s Satyaprakash character is depicted, consciously mentioning himself as ‘Aparichito’. A viewer can relate this character with various cinematic pieces such as ‘Aschorjo Prodip’ of Anik Dutta and the Tale of Alladin, where genie grants three wishes. A viewer is reminded of Rajatava Dutta’s role as Aschorjo Prodip where he seduced Saswata (Anilabha Gupta) with a lavish lifestyle.

The camerawork of this film is highly elaborate. Realism is an aesthetic of this feature film. The director strongly relies on mannerisms of his lead cast i.e Rajatava Dutta, Neel Mukherjee and Tanusree Chakraborty to showcase a regular middle-class thought process. The viewers can clearly see the director’s sublime ability towards depicting the lifestyle of the middle class, by the choice of frames and shots as well. The roles of all characters are deliberately kept simple, with no heavy dialogues. Something as simple as Anushua’s desire of eating a brownie, over Mishti is depicting brilliantly, her innate desire for a better lifestyle. The director also shows she is not making any effort to achieve this on her own, as she depends on the income of her husband to live a better life.

Another area that Aparichito Addatimes touches upon, is that a husband-wife may not necessarily be united by their love and physical attraction. Sometimes, marriages work simply out of social duty and desire to be socially accepted by being in this institution. The couple does not hate each other, is barely emotionally connected, but feels a constant pressure to keep the partner monetarily satisfied. The sheer realism and ubiquitous nature of this phenomena are fairly valid in today’s times, and thus the realism of this story is immense. 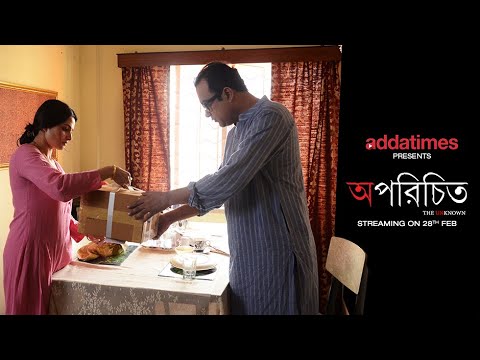