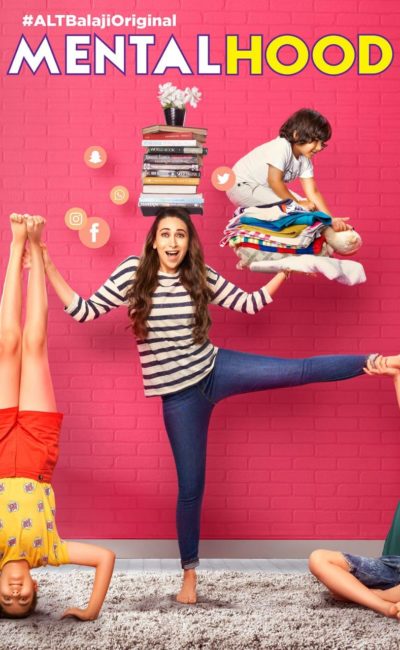 Mentalhood Web Series on Zee5 and Alt Balaji is a realistic and vicarious view on parenting of today. Meira (Karishma Kapoor) and Anmol Sharma (Sanjay Suri) move to Mumbai from Kanpur, with their three children,  after Anmol gets transferred for work. And thus unfolds the family’s settling in a new school and its ways. With a desire to educate her children in an elite school in Mumbai, Meira gets enmeshed in the co-motherhood journey of multiple women who are a part of the school’s Parent-Teacher Association. The Mentalhood web series release date is March 11, 2020.

Meira herself is a caring, protective, stressed mother, who questions herself at every step of her motherhood journey. Nothing less than the best is acceptable for her children . She initiates a blog “Mental Mom” , which becomes very popular.

Aruna Joshi a.k.an A.Jo (Sandhya Mridul), a control freak mother, with a loveless marriage. She is the Head of the PTA, with a resentful daughter. She is a judgemental character, who has a fault to find in every parenting style around her.

Namrata(Shilpa Shukla), an accomplished working mother, whose guilt for giving less time to her adopted daughter, remote-parenting, leads her to often over compensate by buying expensive gifts for her.

Preity Khosla ( Tillotama Shome) is a rich Punjabi Mother, with a careless husband and two brat boys. With more than sufficient ancestral wealth in the family, the uncouth husband does not see a need to teach the basic respect for earning a respectable livelihood to his children, nor that of respecting a woman.

Diksha (Shruti Seth) is a mother of a boy who believes in all things natural. She has just estranged from her partner and is trying to find her feet as a single parent, earning a living as a meditation and naturopathy expert.

Aakash, a Stay at Home Single Parent of a son and a daughter. A handsome parent who willingly works from home to be able to take care of his children.

Karishma Kapoor new web series Mentalhood is a story of five mothers who represent varied styles of raising children. It is a comic take on daily life, choosing a career along with motherhood, aspirations regarding a child, burden on a mother more than a father, natural and healthy ways of living, advice on motherhood from everyone, teenage rebellion, judgment on parenting skills by a partner, trust issues, being a role model, sex education and self-protection, mother’s emotional heath and many such issues that are a part and parcel of a mother’s journey.

Mentalhood Web Series is an Emotional Roller Coaster, which many mothers may relate to. While raising a child perfectly is what every parent, esp mothers, aspire to do, the journey is both arduous as well as rewarding. Ever wondered why there are so many advices regarding raising a child? Well, because each parent has their own unique journey, joyful and challenging in parts. A journey unique from everyone else. And each one thinks that they actually figured it out!

In a world obsessed with raising a perfect child, and being a perfect parent, there are bound to be human foibles and lapses. Karishma Kapoor new web series Mentalhood deals with many important issues like gender equality, body image issues in a pre-teen girl, commercialization and stereotyping of gender roles, bullying at school, single earning household, teaching right from wrong, the importance of teaching good touch-bad touch, fathers not taking enough responsibility in the upbringing of their children, impact of domestic violence on children, children bearing the weight of parental expectations, the art of saying “No” to a child, child healthcare, juggling of a working mother, financial burden of childcare, importance of trust in a parent-child relationship, impact of parenthood on a spousal relationship and child safety. We live in a world where the reputation of being a good parent is sometimes more important than being a good parent itself. Mothers completing Projects & Homeworks, unduly pressuring even smart children for more marks, judgmental attitude towards other parents, is a reality so omnipresent around us, yet we all choose to ignore. Wish it stopped here, though. Competition among parents, egoistically comparing their children for manners, clothing, marks and life achievements is a harsh reality.

As sexist this may sound, unfortunately, this series is likely to resonate best with mothers and women in general. It is a pity that this has a universal message, meant for both the parents. 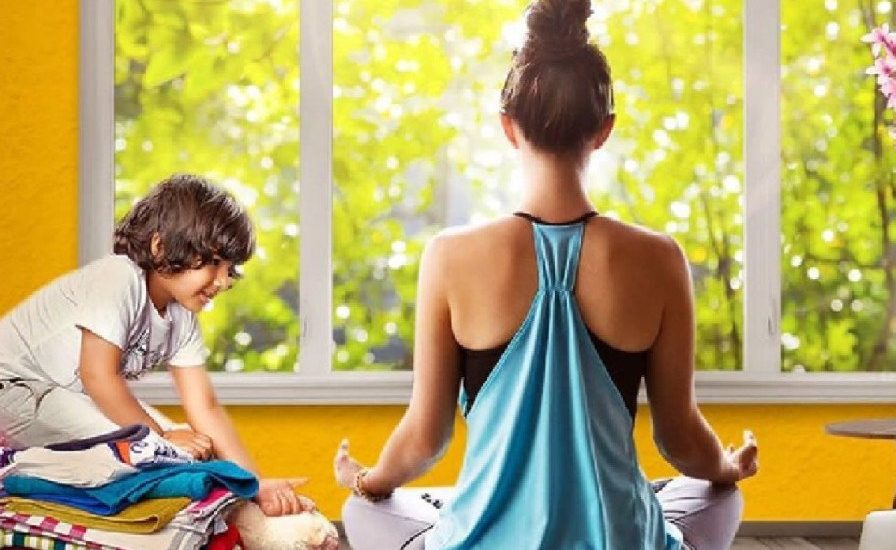 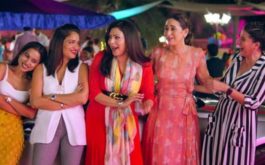